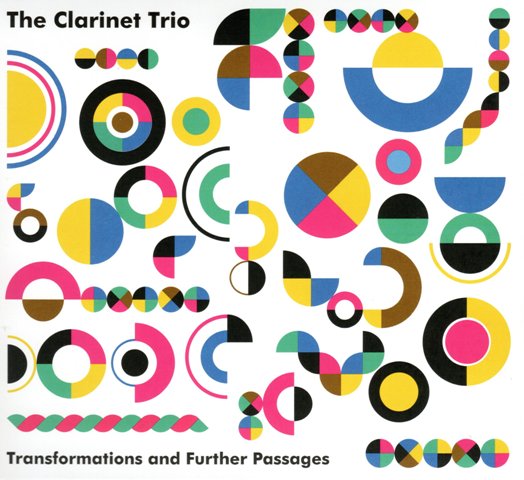 Aside from the bass clarinet, which came to the fore in the 1960s due to the influence of Eric Dolphy, other instruments in this family of reeds pretty much disappeared from modern jazz after the 1960s, when Charles Mingus, Shorty Rogers, Duke Ellington and Tony Scott featured the instrument prominently. Perhaps this was a reaction to Benny Goodman, the “King of Swing” who continued to produce new recordings into the 1960s and ‘70s, or possibly to the fact that clarinets had come to represent not only swing music but also older forms of jazz, but whatever the case, once the clarinet disappeared it pretty much went for good except for the few times when alto saxist Art Pepper played it.

This unusual recording features a bass clarinet along with two regular clarinets and an alto clarinet as played by three enterprising Germans. Part of their goal in this recording was to revive some of the repertoire from the 1950s and ‘60s written by such well-known German jazz musicians of the time as Albert Mangelsdorff, Joki Freund, Karl Berger, Klaus Lenz and Rolf Kühn—pieces that are largely unknown to American jazz fans. But it doesn’t matter because these musicians turn the old pieces inside out and intersperse them with original works with a strange, ambient sound to them. They also put strange, ambient passages into the middle of the old tunes. Thus Joki Freund’s jolly-sounding Cleopatra contains a strange, ominous-sounding middle section while Mangelsdorff’s Tension contains some edgy modern harmonies that Mangelsdorff himself seldom played.

What I found most interesting about this entire set, however, was the fact that although the peppy jazz themes do indeed swing, and resemble jazz, much of the music here does not. It is more like a modern classical suite into which jazz themes come and go, the same way that many modern composers channel the older music of Bach, Beethoven and Debussy. Yet despite the somewhat dark quality of some of their harmonies, there’s a surprising cheerfulness about the entire venture. If nothing else, Kupke, Thieke and Ullmann sound as if they’re having a ball playing this music, and they want you to have a ball, too—thus the sudden introduction of a klezmer-like solo in the midst of Mangelsdorff’s Tension/Varié, among many other surprises on this remarkable disc.

Seriousness mixed with an element of fun? How can this be? Generally the two are, if not necessarily incompatible, certainly strange musical bedfellows. Yet I couldn’t escape this feeling in each and every track. The energy they bring to the faster pieces and passages on this disc is clearly ebullient as well as musically surprising and creative. Despite the vast differences in musical concept and style, I got the feeling that, somehow, this clarinet trio was channeling Jelly Roll Morton, whose 1926-27 recordings were clearly on the jazz cutting edge of their day. All three musicians are virtuosos, yet none of them ever seemed to be playing any passage for the sole purpose of showing off their technique. This is music with a shape and a direction, yet still abstract music. You might call it the musical equivalent of Paul Klee mixed with Salvador Dali. And there are occasional quotes here from other, even older jazz pieces, thrown in to tease the listener’s memory. “Oh, wait a minute…that lick comes from…oh damn, what’s the name of that piece??”

Moreover, if one simply puts the CD on and listens to the whole thing, you’ll get the impression not of a series of independent pieces but almost that of a continuous composition…or, at the very least, a suite. But third stream it most certainly is, and much livelier, less stuffy third stream than the stodgy compositions of Gunther Schuller…although I do think that the late Friedrich Gulda would “get it” if he heard this CD.

A good example of what I mean is their treatment of Karl Berger’s Get Up – From Now On, which has a sort of swaggering rhythm in it that resembles jazz because it swings but isn’t in a meter that one could tap their foot to. After the opening theme statement, the clarinets go somewhat berserk (a rare thing for them in this recital), playing fast, edgy passages using high, extended chord positions à la Dolphy. Then the rhythm becomes even more syncopated yet even less jazzy for a few bars before returning to the opening theme and rhythm, followed by a slower section played in canon by the three reeds. Then a dead stop. Fini!

Only in Mangelsdorff’s Set ‘Em Up do they seem to be playing an older piece in the style in which it was written—but just in the beginning. The trio uses pauses as a form of musical suspense, introduces interspersed passages in different tempi and moods, even a passage where they just blow air through their instruments. And all of it somehow coalesces.

If I haven’t given many descriptions of the music contained herein, rest assured that it isn’t because I didn’t care for it or didn’t understand it technically. It’s just that it doesn’t matter. The fun is in the listening, and to say anything technical about what they’re doing would be a spoiler. Rarely, however, have I heard a recent recording of either genre, classical or jazz, which I’ve not only enjoyed this much but was thoroughly engrossed in from start to finish. You can’t let your attention wander for a moment or you’ll miss something, and as I say, somehow or other it all comes together to produce a part written-part spontaneous modern composition that I defy even the cleverest and most cutting-edge classical composer to equal, let alone surpass.

Although I’ve heard and reviewed some very brilliant albums this year, I would place this near the very top of the list. Rest assured that I will be listening to this CD several more times before I pass on.