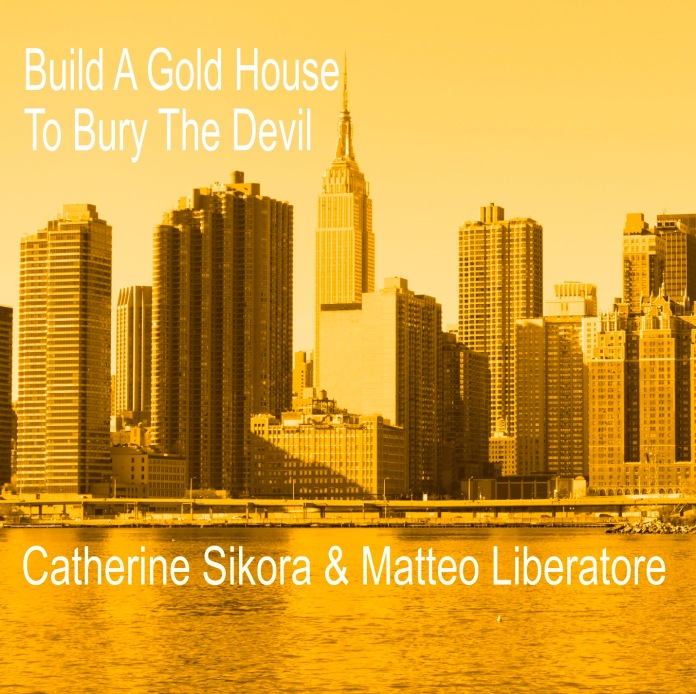 Here is yet another outstanding album, following her superb album Warrior, by Irish-born saxist Catherine Sikora. I’ve already said how much her music affects me personally from an emotional level, and this feeling carries through in this new set of three duets. I don’t entirely agree with her that we don’t have enough trees (except for the Amazon jungle, where they’re cutting too many of them down) or snow (it even snowed in Saudi Arabia this year!), but other than that the music is superb, as is normally the case.

In this set, she plays with guitarist Matteo Liberatore, whose method of playing his instrument includes some very unusual sound effects to produce a strange ambience behind her earthy, emotional alto sax. These are free-form pieces, the first starting out very slowly and ominously, building very slowly to a series of angst-filled climaxes. At times, she plays distorted notes while the guitar also distorts its sound behind her to create strange textures. At about 5:25, the music suddenly doubles in tempo as both musicians play very busy figures, then falling back to the slower pace of the opening. Although there are several other stages in this nearly 19-minute work, I think it might spoil the listener’s sense of discovery to chronicle them all. As is also usual for her, she has a definite development in her free-form works; each section complements and builds on the others to create a unified whole. Despite the music’s length, its complexity of structure holds your interest. At around the 15:20 mark, they engage in some remarkable duo-improvisation, all the more interesting because it is atonal.

Too Much Obedience opens with the guitar playing what sound like random licks, which goes on for a while. At around 4:47, the guitar is playing some strange high-register whines before moving back down to play opposing figures to Sikora’s improvisation. A bit later on, the guitar engages in some interesting rhythmic variations which then become the basis for his and Sikora’s playing. Amazingly, they come together to resolve the piece on a sustained E. It’s a truly remarkable piece.

Not Enough Snow opens with Sikora playing alone, plaintively, on her tenor. Her playing becomes slowly more agitated, then the guitar joins her at 1:45 playing soft, somewhat distorted held notes behind her. At times, the guitar almost sounds like a harmonium, albeit a slightly distorted one. Liberatore continues in this vein, gradually increasing the tempo, while Sikora joins him, playing her own improvisations on top of his lines. In this way, they build the tension as the piece progresses. Later on, the guitar plays a series of repeated fast riffs, then Sikora enters to calm things down with her most soothing tenor tone as Liberatore resorts to playing a series of soft, repeated Fs behind her. Eventually the music rides out on calmer phrases.

This is yet another outstanding release by Sikora, well worth getting.