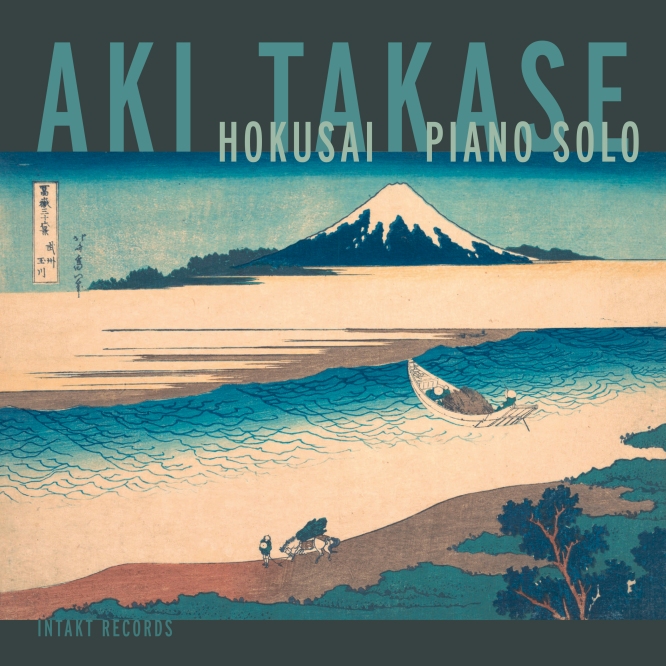 At roughly the same time that Japanese-born Toshiko Akiyoshi formed her great Big band, another such pianist, Aki Takase, moved to Germany to begin her major jazz career. Whereas Akiyoshi, influenced by Oscar Peterson and Bud Powell, has always stayed true to the Bop tradition, however, Takase quickly became enmeshed in the free jazz movement in Germany, meeting and eventually marrying fellow-pianist Alexander von Schlippenbach.

In this new album, Takase once again explores various nooks and crannies of free jazz, proving once again that she is a major talent on the scene.

The opener, Crane, begins with just a few simple notes–gestures, not even a real melodic line—but she develops this material in a manner similar to that of a modern classical composer, adding little flourishes to it and moving forward in a (for her) surprisingly tonal manner. The slow progression of the music helps the average listener follow how Takase’s mind works. Unusual accidentals give the music an unsettled feeling, yet she never strays too far afield of her initial gestures while constantly adding to and developing them. Yet immediately at the beginning of the second piece, Hokusais Meer, Takase takes us into exotic, bitonal harmonic realms, tossing in right-hand flourishes and driving the rhythm with the left. Indeed, this piece consists mostly of left-hand playing in which she creates some astonishing forms and rhythms, including an insistent moto perpetuo at 3:25 that subtly shifts in harmony as it drives towards the finish. This leads without a break into the Bach Factory, using one of his pieces as a bridge to an improvisation on it in which she emphasizes the driving rhythm while revamping the harmony towards tone clusters and, in the middle, towards an atonal improvisation in which she not only swings but turns the music on its ear.

With Live in Dream, Takase is back to a slow tempo. She opens with brief right-hand sprinkles in the right hand while the left peruses atonal lines before moving towards harmonic consonance but not rhythmic consonance. On the contrary, her myriad subtle ways of breaking up the rhythm hold the listener spellbound. On Nihon Bridge in Edo Takase plays a celesta that sounds like a small calliope, using simple but quirky figures to create a sort of bizarre carnival fun-house feeling—attractive, but a bit creepy. Atonality is the watchword here.

Conversely, Hokusai Manga sounds like a boogie woogie running backwards. Takase again uses unusual chords, but this time not too esoteric. She returns to the celesta on Sketch of Spring, but this time uses more conventional and even swinging rhythms as well as more conventional chords. It sounds like a swing piece played by Fats Waller on the celesta! No soon is this finished, however, before she launches into the elusive, atonal Studies of Gesture with its pointillistic and consistent counterpoint. Cherry starts out lyrically, but Takase throws in some atonal licks before moving towards a bass line consisting of three chromatically moving chords over which she improvises a considerably complex yet swinging filigree. Later on the piece changes once again, this time into a ballad with very consonant chords.

In Silent Landscape, Takase plays slow, sparse notes in the left hand to begin with, progressing in the manner of a modern version of Debussy’s Clair de Lune until 2:15 when she suddenly introduces a subtle but unmistakable jazz beat for the improvisation. Eventually she slightly separates her two hands apart, playing slightly different rhythms in each. A real tour-de-force. Dr. Beat, on the other hand, almost seems like a return to the Bach Factory except that she isn’t playing Bach here, but her own piece, mixing the complexity of the Baroque with boogie.

In the finale, Hokahoka Hokusai, Takase recites something in Japanese (in a monotone) over her driving, swinging piano playing. It doesn’t make much sense to a non-Japanese speaker like me, but it’s fun to hear. Later on, she is joined in her reciting by Yoko Tawada.

Not only is this one of Takase’s most creative albums, it’s also one of her most accessible.