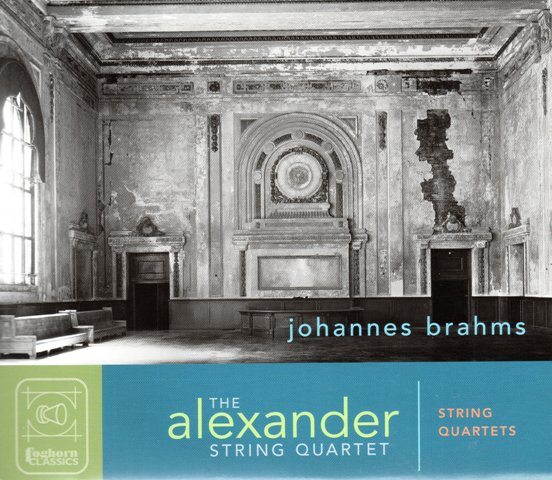 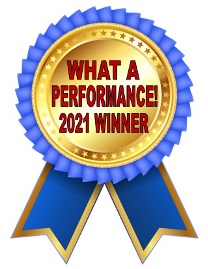 This recording, scheduled for release on November 5, is the next-to-last to feature Paul Yarbrough—who had been with the group 40 years—on viola. In fact, he has already officially left the quartet, but will return one more time to record the Mozart Viola Quintets.

It’s been quite a ride for the Alexander Quartet. From the first time I heard them, roughly 16 years ago, I was convinced that they were the premiere American string quartet and one of the best in the world. Their recording of the complete Beethoven Quartets was just edged out, for me, by the recordings of the now-defunct Colorado String Quartet, and as it happened they were very friendly with each other, sometimes subbing for each other in concerts until the CSQ called it quits.

Occasionally I’ve found a few of the ASQ’s recordings to be a bit much on the Romantic side, i.e. their Mozart Quartets, but here, in Brahms, they happily take the opposite view. They play Brahms the way they played Beethoven, with brisk tempi and sharp attacks, which gives the music a much more exciting profile, and of course they still have that incredible tonal sheen that sets them apart from everyone else. Whatever their secret, the ASQ has the most sheerly beautiful sound of any string quartet I’ve ever heard, and it’s not because they use a lot of string vibrato. On the contrary, all four players have an even, tight vibrato, and although they occasionally use portamento it is not broad or mannered.

I was rather stunned, in fact, to compare this set to the one that has been my gold standard for several years now, by the Belcea Quartet. In addition to their sound quality, the ASQ actually plays these pieces faster than Belcea did in almost every movement of every quartet. And because they have a richer sound in each instrumental voice, their attacks in the more dramatic passages have more bite and weight.

One wonders why Alexander waited so long to record these works; perhaps they wanted to be sure that their interpretations matched the mental image that each player had of them, to make the recordings a lasting monument to their interpretations. If so, they made the right decision. There is not a note or phrase in the entire series that does not sound right in terms of musical structure.

Now, mind you, one of the reasons why the Belcea Quartet’s performances are longer is not just due to the tempo set for each movement. They do something that the ASQ does not do, which is to introduce moments of rubato into the phrasing, and this does add something to the overall impact of the performances. The ASQ gives you terse Brahms, Brahms without much internal relaxation in each movement, whereas Belcea often brings your attention to certain moments by the use of tastefully applied rubato and rallentando effects. There is certainly a place for these in this music, and Belcea also plays these pieces with fervor and energy.

But the Belcea Quartet plays with a brighter, thinner timbre than Alexander does. Listen, for instance, to the high string passage at 4:34 in the last movement of the Quartet No. 1; the sheer luster of the Alexander’s strings is simply breathtaking whereas Belcea sounds thinner and drier. Also listen to the sudden dramatic outburst at the three-minute mark in the second movement of the Quartet No. 2, it’s hard to resist the ASQ’s dynamic forward propulsion. They take Brahms’ music out of the category of “stodgy” and make it sound as fresh and gleaming as a newly-minted penny. Their approach works particularly well in the third quartet, which to my ears has always been the most musically static and uninteresting of the set. Perhaps the wise decision would be to keep both sets, Alexander for tightening up the structure of the music and Belcea for providing a bit more interest to the musical progression.

Surprisingly, the ASQ chose to fill out the second CD with a second recording of their transcription of the Intermezzo in A, a piece they already issued on Foghorn Classics 2006, an album made with Magen Solomon and the San Francisco Choral Artists. I wish they had instead  recorded the fabulous Piano Quartet No. 1, but they probably couldn’t get their favorite pianist, Joyce Yang, available to do so with them (the Piano Quintet  with Yang was already released on a CD with the Schumann Piano Quintet).

By any standard, however, this set is a stunning achievement of brilliant playing, gorgeous string sound, and exciting, dynamic interpretations. Really, not to be missed.