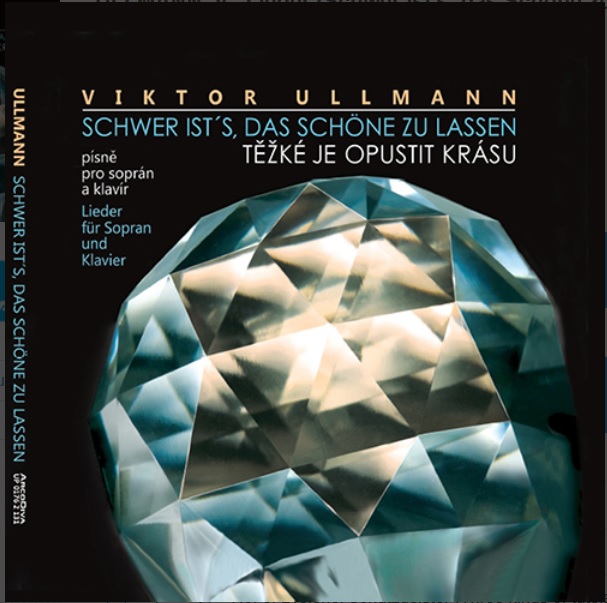 Having been very impressed by Irena Troupová’s recordings of songs by Hans Winterberg, I decided to poke around the Naxos Music Library (which I highly recommend that you subscribe to…it’s a real treasure trove of both old and new recordings in every classical music genre) and found this 2015 album of Viktor Ullmann’s complete songs for soprano and piano. Two of them are repeated here, since First Meeting and Christmas Morning in Dornach are English-language versions of Erste Begegnung and Weihnachtsmorgen in Dornach.

I was delighted to hear that she was as great a singer then as she is today. The voice hasn’t changed a bit: it’s still bright and as clear as crystal, her intonation, phrasing and diction—except in English—are flawless, and she was fortunate to have Jan Dušek as her pianist, since he is a superb artist and really gets into the spirit of the music.

So many people are familiar with Ullmann’s last opera, The Emperor of Atlantis, because he wrote it in the concentration camp shortly before he was killed, that they tend to assume that his compositional style was always very edgy and strongly dissonant, but the early songs on this recital have surprisingly lovely melody lines. It’s only the harmony that veers towards the modern, and for the most part it’s just the use of somewhat strange substitute chords or unorthodox chord positions that make it so. Had he written harmonically consonant, Romantic-style accompaniments for these songs, they would not sound much different from those of Brahms or Hugo Wolf. This is something that many classical listeners who “hate” modern music fail to understand, that these composers did not hate melody at all, they were just looking for new ways to make the music more interesting to the inquisitive musical mind. What would have been the point of imitating Brahms or Wolf anyway? And you can’t say that Ullmann’s music was imitative, because even in these melodies he found his own way and style of writing with wide-ranging leaps of close to an octave for the singer to negotiate. We only hear the more dissonant Ullmann by the time we reach Stormlied. Die arme seele has almost consistently consonant harmony, but of course there are two or three songs here where the accompaniment always seems to be at odds with the melodic line. In First Meeting, both melody and harmony are in perfect synch, both being always dissonant, but it’s evident that Ullmann changed his approach from song to song.

Quite aside from the subtlety of her phrasing and interpretation, Troupová’s voice has that rare quality that makes it sound as if the top were limitless. Although she does no go into alt, her high range is so pure, clean and open that it sounds as if she could easily soar into the soprano stratosphere any time she wanted to, and this is her greatest asset as a singer.

With the exception of just a few songs (like Stormlied or First Meeting), the overall impression one gets from this recital is one of calm and peacefulness; this is Ullmann as his most lyrical, thus despite the sometimes-clashing harmonies very little of this music feels angst-ridden or edgy in the way that a lot of his instrumental works do. Highly recommended, not only to admirers of Ullmann but perhaps more so to those who have conspicuously avoided his vocal music after hearing Emperor,