Nikolai Medtner and his wonderful music were largely marginalized during his long and often painful life (1880-1951) except for a small coterie of admirers, among whom was Sergei Rachmaninov. The son of a wealthy family, he received a good education and was trained to be a highly moral person. Like Rachmaninov, he wrote largely neo-Romantic music, but his compositions were both more complex and less melodically appealing than those of his older colleague. After fleeing Soviet Russia, Rachmaninov, already established in the West as a major pianist and composer, set Medtner up on a concert tour, but his younger colleague never grasped the fact that a piano recital was supposed to be eclectic in the number of composers presented. Medtner, proud of his music, filled his programs with his own pieces, which were not only unknown to audiences but baffled them. He eventually ended up in England, where a small group of admirers, some of them wealthy, set up a Society to help him maintain his now-meager existence. They also raised enough funds to pay for EMI to record him in his piano concerti, small pieces, and some of his songs, which Medtner was very grateful for. Yet he still died destitute, and it took more than a quarter-century for the musical world to recognize what it had lost.

Following in the footsteps of those British patrons, Uzbekistan mezzo-soprano Ekaterina Levental (who also plays the harp) and Dutch pianist Frank Peters have set up a Medtner Project in order to finance recordings of the composer’s complete songs, of which this is Vol. 1. She has a very expressive and firm voice, but also some over-brilliance in her top range: not a major impediment to enjoyment, but one the listener must keep in mind when approaching these recordings. By way of compensation, Levental’s soft high notes are truly exquisite, and she can do things with the voice that most modern singers cannot, such as to drain the voice of vibrato for expressive effect. All things considered, she is a virtuoso vocalist of the old school, and such artists are extremely rare nowadays.

We start with the three “romances” of his Op. 3, and these songs are heavily indebted ti Tchaikovsky—but even here, when he was only 23 years old, Medtner shows some original touches in his use of harmony. In addition, his melodic lines are continuously-developing structures; they seldom repeat phrases, and these melodies are not “memorable” in the way that Rachmaninov’s were. 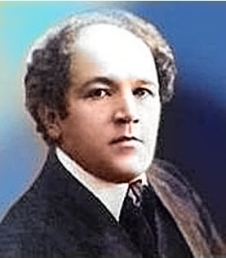 By the time of his Op. 13 songs, Medtner was already stretching the limits of virtuosity in his piano accompaniments—yet another reason why his music was seldom programmed. One must not only be a super-virtuoso to play some of this music but also a pianist attuned to being an accompanist, which requires a somewhat different skill set. Indeed, from this point on the richness of the piano parts become a full partner of the vocal line; Medtner is now writing these songs on two distinctly different but complementary levels. One could easily take the piano parts of many of these songs (particularly track 5, “Epitaph”) and play them without the vocal line. This is one reason among many why Rachmaninov admired Medtner so much; his music was similar to his but on a different plane. Just not a plane that would appeal to the casual listener. We are very lucky to have a pianist like Peters, who fully understands this dichotomy, as the accompanist on this album.

And thankfully, Brilliant Classics has included English translations of each and every song in the booklet of this CD, which helps our understanding of what Levental is doing. Many of these songs are based on the words of Russian poets, among them Bely, Tyutchev, Fet (one of his favorites) and Bryusov. Most of them deal with love, the pain of love, love unrequited, reflecting in old age on past loves. Very, very Russian, but still interesting. “Night Piece,” one of the Op. 29 Poems after Pushkin, is almost modern-sounding in its harmony without ever really leaving the realm of tonality, and “I am dumbstruck,” one of the 8 Poems of his Op. 24, is one of the most complex, running the emotional gamut and presented in music of a quite dramatic bent. The words are:

I am dumbstruck when around me
Forests rumble, thunder rolls
And in a flash of lightning I look up
As the ocean waves shudder
And crash upon the cliffs
Your silvery robe.

In the liner notes, Levental puts it quite bluntly: “His music is very demanding of performers. He knew the potential of his chosen instruments and was able to fully realize his musical ideas without compromise. He does not spare his performers and challenges them to stretch and expand their expressive and technical boundaries.” But she also adds that “Medtner…saw himself as a medium, as an intermediary of the eternal truth waiting to be discovered, as a composer who did not invent or conceive anything himself. He strongly believed in the autonomy of music as a channel to tell this truth.” This is similar to the philosophy of the great jazz pianist Bill Evans, who told people that he drew his ideas from “the universal overmind.” Like Medtner, Evans believed that musical invention was not something that people created, but which was merely waiting to be discovered.

And that is what makes his music—all of it, not just the songs—so appealing to the intelligent and sensitive listener. There is nothing trivial about it. His goal was never to entertain his listeners. He was a very serious and, according to the few who knew him, an almost humorless person. Of course, this is nothing new to those who know and understand the “Russian soul.” A great many artists from Chaliapin onward took their art very seriously, no matter how high or low-born they were. Medtner was merely someone operating on a higher plane than some of his colleagues. It’s a shame that no Soviet-era singers or pianists performed his music (even when some of his songs were recorded in the late 1940s, it was a German soprano—Elisabeth Schwarzkopf—who performed them with him), but as a “defector” (he left the Soviet Union in 1921) he was persona non grata. Many Soviet pianists weren’t allowed to play Rachmaninov, either, for the same reason, but the latter “took off” in the West whereas poor Medtner didn’t.

Yes, several of these songs sound alike in tempo and mood, but never in musical invention. And one must remember that not even Medtner expected anyone to listen to a thorough and chronological 72-minute program of his songs in one sitting. If you feel that you need a break when listening to this CD, by all means take it. The music demands so much of your attention that it can be a bit overwhelming, but the bottom line is that the experience is worth it. Medtner’s music was just that good.