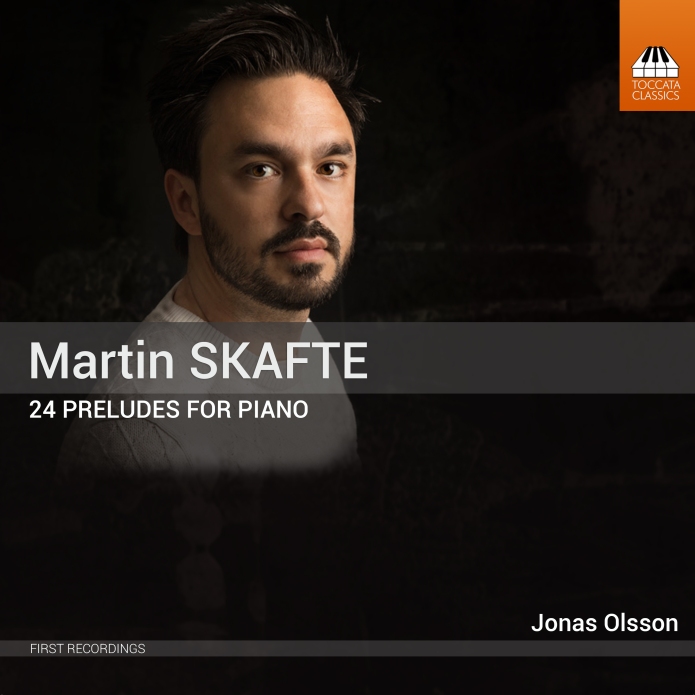 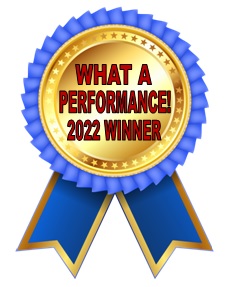 Martin who? Skafte, of course! Only kidding. I had no idea who he was, either when I first saw the cover of this CD, but as it turns out he’s a very fine (if somewhat tough-looking) 42-year-old Swedish composer, born in Kungsbacka in 1980. Initially inspired by Chopin, his intention is to write “music that is beautiful: the content dictates the form,” yet thankfully, his music is still modern and not soporific.

Although inspired by Chopin., Skafte’s piano preludes do not resemble the Polish composer’s own in any way. They are, as I say, predominantly tonal but not completely or always obviously tonal. He has learned how to play with both harmony and rhythm in a more modern sense, his music skipping around in both respects but somehow always finding a form. And this music is varied as one moves from piece to piece. In the first prelude Skafte ends with some boogie-woogie figures; in the second, he has the pianist tap the frame of the piano as he plays in the opening section, and here he uses a running figure in the right hand that is both contrapuntal and using a scale with augmented notes in it. Indeed, this seems to be just about the only real connecting tissue between these highly varied preludes is Skafte’s use of augmented notes within his scales and chords, which give the music a feeling of non-rooted tonality. There are moments, such as in the third prelude, where he uses space in the form of rests between notes to occasionally interrupt the musical flow. This, too, is very non-Chopin-like. A bit of boogie feeling also permeates the fifth prelude, “Lines and Timelines,” and here our pianist, Jonas Olsson, also does a good job of syncopating several other figures within its compass.

But every prelude has its own little tale to tell; these are true “character” pieces, not mechanically produced ones, and many of them are different from each other. Would that many other modern composers, who all seem locked into either the “edgy-abrasive” style or the “maudlin-soporific” style of composition, could be as varied in their approach as Skafte is. He even channels Debussy in the twelfth prelude, “Not today,” the subtitle of which is “La cathédrale…” so you don’t miss the reference, yet the musical solution is his and his alone.

Book Two also has its own surprises, and although the opening prelude of this set is also slow and moody like the last one of the first set, bear in mind that Skafte never intended them to be heard back-to-back like this. I should also point out that, although his music is highly virtuosic in places, it is not ostentatiously so. Not a single note or phrase in any of these pieces is wasted or superfluous. Indeed, the second prelude of the second set, “Leaping Lightly,” may be the most innovative of them all, using opposing syncopated figures between the two hands to create a beat that sounds like a Sousa march running backwards! One could almost hear these preludes, in their entirety, as a collection of different solutions to different musical puzzles, even more like a kaleidoscope than a mosaic. For the most part, the first set of preludes seem to be more “active” music while the second set seems more atmospheric and “reflective,” but happily, not in the Romantic-drippy style that seems to be all the rage with Millennials nowadays. Nonetheless, the music of the second set is clearly more fragmented in structure and not nearly as linear (or as extroverted) as the first. Yet he also sneaks in a Debussy reference here in No. 9, “A Time for Everybody,” which is subtitled “General Lavine…” and includes two very sudden and unexpected bars of ragtime.

This is not just very good music. This is great and significant music, heralding the arrival of a man who, in my opinion, has a superior musical mind and high values to match his talent. I hope and pray that he does not, in the future, compromise his principles to write music that is more “accessible” or “audience-friendly” unless it is something that he himself approves of and responds to. Of all the CDs I’ve reviewed this year, this is truly one of the few really indispensable ones.