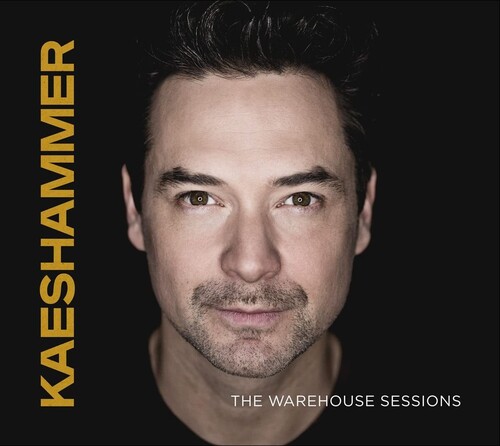 I get far more jazz records sent to me, either by physical copy or MP3s via email, for consideration than I actually review. (Of course, the same is true of the classical side.) Normally, there are one of three reasons I turn them down: 1) too much old-timey stuff (particularly in the classical field) that I’ve heard far too often played much better by others, 2) pretentious modern music that, under its surface, has nothing to say, and 3) dull, uninteresting performances of whatever it is.

But every so often, I get a recording that just has so much joie-de-vivre in it that I can’t stop listening, and in those rare cases I’ll review the recording regardless of the repertoire. This is one such disc. Putting the CD in my player, the first thing I heard, after a spoken introduction by Kaeshammer, was the sort of piece I used to hear back in the 1960s played by the Ramsey Lewis Trio, certainly one of the most fun groups in jazz history. Then in the second track, Leroy Carr’s How Long Blues, the kind of jazz-New Orleans pop fusion that Fats Domino used to regale us with back in the late 1950s. And the fun just doesn’t stop. After that, you get one of Louis Armstrong’s favorites, Down By the Riverside, Juan Tizol’s miraculously undated Caravan, Paul Barbarin’s Bourbon Street Parade (and how many of you out there have even heard of Paul Barbarin??), then moving through a Latin number, the ancient chestnut Ain’t She Sweet, and ending with Horace Silver’s The Preacher.

Let me tell you, folks, in the course of listening to this record, a smile never left my face. No, it’s clearly not the most creative jazz in the world, but it doesn’t have to be. Michael Kaeshammer and his trio just kicked their shoes off and had a blast playing this stuff. I half-expected to hear Allen Toussaint’s Java and Professor Longhair’s Bald Head while they were at it.

Kaeshammer is a good pianist who knows how to improvise in addition to knowing how to arrange these pieces. You don’t need to know more than that to enjoy this recording. It’s a party CD. Put some burgers on the grill, roll out the beer keg and have fun. In a world where far too many jazz artists are still cowering from the paaannnn-demic and whimpering themselves to sleep, Kaeshammer and his friends are enjoying themselves and inviting you to join in. If nothing else, it may help you forget the exorbitant costs of housing and food nowadays long enough to tap your toes or get up and dance.