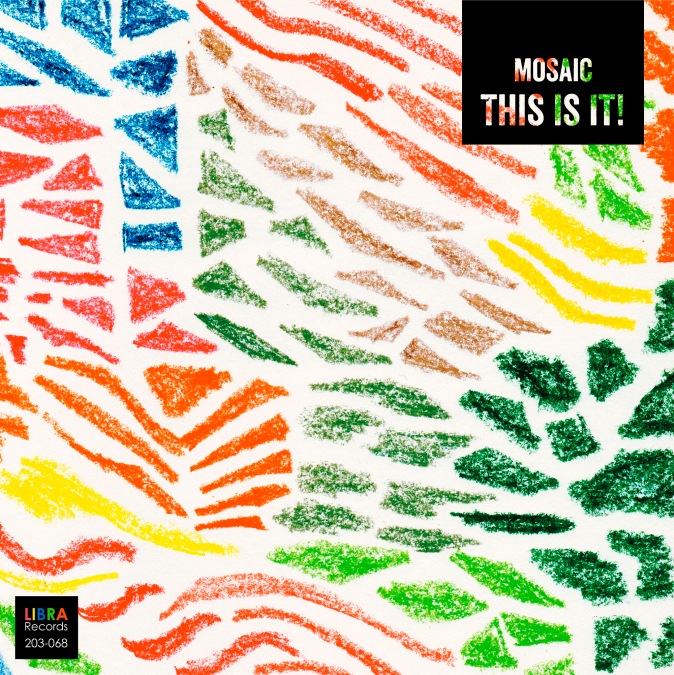 Japanese pianist Satoko Fujii is one of those free jazz artists who fits into the category of “I don’t care how weird it sounds, I’m trying it.” As I’ve said in many reviews on this blog, you really can’t just splatter notes up against the wall to see what sticks; that’s not composition, either jazz or any other musical form; thus I’ve bypassed several of her CDs for review because the sounds on them (not necessarily music) make so sense to me. But when she is focused in her playing and has something more coherent to say, I’m all in because deep down she is a good musician.

In this new release, she has apparently retitled her working trio “This is It!”. According to the accompanying press release, this album is something of an act of defiance in the face of the pseudo-pandemic that has gripped the world and turned formerly free citizens into slaves of Big Pharma, banning people from concert halls and other venues unless they keep receiving non-vaccinating vaccines over and over again. The natural immunity of those who have had the virus and recovered is scoffed at, yet the “vaccines” that continue to make people very ill and put them in the hospital is preferential because it makes the pharmaceutical companies billions of dollars, and that’s what it’s all about. In exchange for one’s acquiescence to their demands, they receive their “Get Out of Jail Free” card saying they’ve been vaccinated. There is no difference between what the pharmaceutical companies are doing now and what was done in Nazi Germany in the 1930s with Jews, Gypsies and homosexuals wearing armbands to identify them as different from the “normal” populace. And that’s all I’m going to say about the “pandemic.”

Nonetheless, this album was put together with her drummer, Takashi Itani, being 400 miles away from Fujii and trumpeter Tamura, so it is a “virtual” performance. Even so, Fujii believes that it captures the excitement that they generate at live performances, and I would agree.

The music contained herein is free-form but still, there is a form. Fujii’s playing often uses decisive rhythms, albeit asymmetric ones, in her piano playing with Tamura and Itani adding their own contributions as things move along. Indeed, in the opening piece, Habana’s Dream, the pianist dominates and plays extremely interesting and well-developed figures, bitonal rather than atonal, that sound quite a bit like modern classical music. Interestingly, when Itani enters, he seems to be playing more in Mediterranean rhythms than African ones, but they fit what is going on. Only Tamura seems to be frantically trying to come up with musical ideas that fit the aural landscape, mostly repeating the same note over and over and over using triple-tonguing, though eventually he does come up with a few interesting figures. At about the 5:15 mark Itani embarks on a drum solo that leans more towards West African music but, again, fits the mood and character of the piece. When Tamura re-enters, he is all over the place, not even playing recognizable notes on his trumpet but sounding like a wounded elephant scattergunning sounds.

Dieser Zug opens with Itani playing a few sparse, isolated notes on the vibes, becoming somewhat more active as a scratching sound in the background (it sounds like a hamster eating quite noisily) comes and goes. Eventually sort of quirky rhythm establishes itself, and we note that Fujii is sort-of playing the inside of her piano. Tamura joins them playing soft, long-held notes above their quirky rhythmic interplay. Somehow, miraculously, it all comes together once Fujii begins playing a sequence of low notes on the keyboard, and after a pause she plays an a cappella solo that is actually quite lovely. This goes on for some time unaccompanied before Tamura joins her with a nice melodic figure. (One thing I noticed when listening to this recording is that Tamura possesses a rather thin trumpet tone. I would assume that he’s using a very shallow mouthpiece to give him better technical control over his fast passages, but this does sacrifice a full tone.) Tamura then takes a solo which he develops nicely, albeit sparsely. At one point he even plays “chords” on the trumpet by playing one note and humming another, as Fujii and Itani come in behind him with sparse, abstract figures. The three of them then build up to a fast-paced climax before relaxing just a bit for the coda.

Kumazemi opens with Fujii playing a repeated, sparse, rhythmic figure on piano with Tamura joining her as Itani adds occasional cymbal accents before the trumpeter embarks on another a cappella solo, again tossing in some hummed “chords “ here and there. Fujii and then Itani re-enter, eventually leading up to a percussion solo. (Some of the sounds Itani makes reminded me of mice in my walls during the wintertime!) I wasn’t too thrilled with the sound of Tamura essentially blowing low, soft “fart” noises on his horn, but thankfully Fujii’s incisive rhythmic figures on the piano regain your attention, and eventually she develops this into more intricate rhythms as Tamura drops out. Eventually Itani returns, quite busy on percussion, as does Tamura, now playing a series of rapid two-note figures before the trio coalesces into a quirky rhythmic ride-out.

Sleepless opens with Tamura again playing tight noises on his horn while Itani plays random percussion sounds. More mice-in-the-walls scratching from someone as Fujii softly enters playing sub-contra chords. After a bit of a percussion solo, more fart noises on trumpet. Later on, occasional trumpet screams on no discernible pitch. I didn’t care for this piece one little bit.

By contrast, 76 RH almost (but not quite) resumes a normal sort of rhythm, Tamura actually plays his trumpet, and Fujii embarks on a sort of minimal but interesting piano solo, mostly consisting of single notes with occasional chords tossed in for flavor. Eventually the tempo increases, Tamura plays some fast note buzzes, and Itani splashes some percussion sounds around in the background, all of which creates a whirling sort of sound, the aural equivalent of a whirlpool. When it slows down and relaxes, Tamura plays some interesting figures, again tossing in a few “chords,” in a somewhat coherent solo. At one point in the musical melee that ensues, you almost feel that the trio is going to come together for once, but it doesn’t really happen; Itani is off playing his own drum solo as the other two drop out.

Taken as a whole, Mosaic is an interesting experiment with but one real musical failure (Sleepless). By and large, however, it is an improvement over some of Fujii’s more recent aural experiments (not, in my view, music) that she has released on CD, and I recommend most of it.