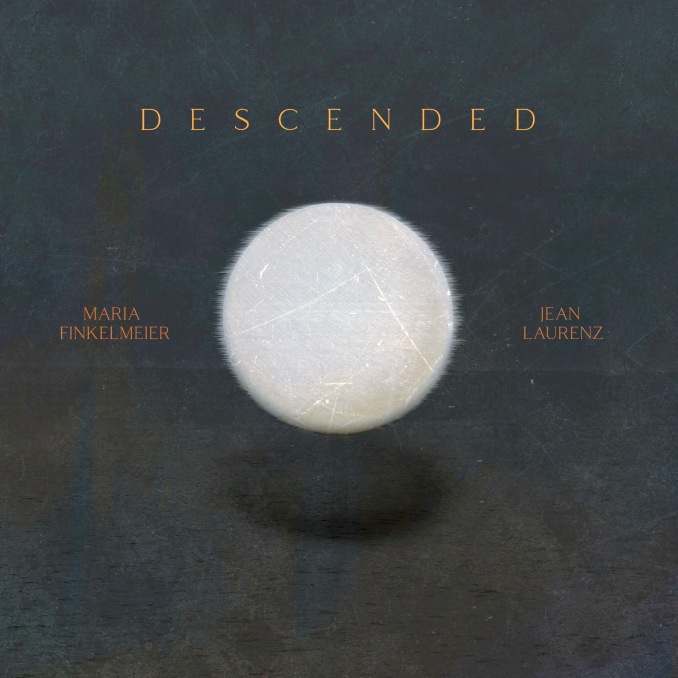 I’ve reviewed some really strange music on my blog, of which the furthest-out is probably the sliding atonal chromatics of Julián Carrillo or the rhythmically far-out music of Harry Partch, but this one surely qualifies as bizarre. On this disc, Maria Finkelmeier attempts to capture, as the promo sheet puts it, “the untamed underbelly of our supernatural selves: the side that believes in ghosts and spirits…inspired by the life of ghost-story, folk-writer, Lafcadio Hearn.”

Before delving into the music contained herein, two notes. One is that we here in Cincinnati, Ohio know and honor Hearn not so much as a ghost story writer but as a journalist, one of the first to create, along with Mark Twain, a personal journal of events through our local newspaper. The other is that I personally haven’t bought into the concept of ghosts and spirits since I was ten years old, and that was a long, long time ago. But since I’ve had to suspend my non-belief in organized religion when reviewing music based on religious themes, I chose to suspend my belief that there is no such thing as ghosts as a basis for this review.

How does one even begin describing this music? Rhythmic? In places, yes, such as the opening of Spirit Touch, with Finkelmeier banging repeated Ds on the marimba while the trumpet (muted at first, then open), voices and other percussion swirl around it. And there is definitely a touch of Latin or at least Caribbean jazz in this piece; but then, at the 2:30 mark, this melee suddenly stops dead, followed after a pause by some ruminating marimba figures and Finkelmeier doing more ghostly, wordless singing. Truthfully, I found the music livelier and less spooky than just enjoyable in a bizarre sort of way. (We then get a narration, by Finkelmeier, about ghosts, but thankfully it’s short and can easily be ignored.)

Atmospheric? Certainly in Orbs of Ghostliness, in which an electronic instrument that sounds like a glass harmonica sets the tone with repeated two-note figures as a synthesized oboe sound plays its sparse melodic figure above it. There’s a certain Meredith Monk-like quality about this piece, yet somehow it doesn’t even sound as tightly structured as Monk’s music. We hear what sounds like an improvised accordion solo emerge from the soft massed sound pillow, followed by the muted trumpet, set far back in a swath of reverb.

Can we call this music classical? I’m not so sure. Perhaps only in the sense that it’s written out and not improvised. Otherwise, I don’t think you can call it classical in form or any other category than would identify it as such. The soft, breathy male voice narrating about ghostly sounds in The Shadow of Now reminded me of the great “word jazz” artist Ken Nordine, and in Mujinas Arrival what we hear almost sounds like soft techno-rock. One thing I’ll give to Finkelmeier, she certainly doesn’t stay in the same place. Every track has its own character, each one strange but in a different way from the others.

I don’t want my readers to think that I didn’t, or don’t, like this CD. On the contrary, it’s so different that you stay tuned in fascination, wondering just what Kampmeier has in store for us next as it moves from track to track. But as I say, bizarre is the only way to describe this disc. I wouldn’t go so far as to say that it always evokes ghosts, but it consistently evokes strange and conflicting feelings from within—which is probably where “ghosts” reside, anyway. Muse(s) is mostly a marimba solo with soft percussion and a light scraping sound, into which the trumpet comes flying in from its topmost register down. By the 2:21 mark, however the music sounds like stomping jazz. A hip ghost? Hope you can dig it.

The sound of rain opens The Shadow-Shaper, and our Ken Nordine sound-alike to, I guess, try to spook us out with his deep-voiced narration. Really, the whole CD is just so fascinating and weird and entertaining all at the same time, but not (at least not to me, the non-believer) scary or ghostly. Moon Song is a Caribbean-type song that you could almost imagine Harry Belafonte singing back in the late ‘50s, just another piece of Kampmeier’s strange musical gumbo. In Mirror in Matsuyama, the trumpet plays its own melodic line over the marimba figures in a relaxed 6/8.

I most definitely recommend this for those with an appetite for the unusual and outré, as long as you’re open to new experiences. It’s quite a trip!