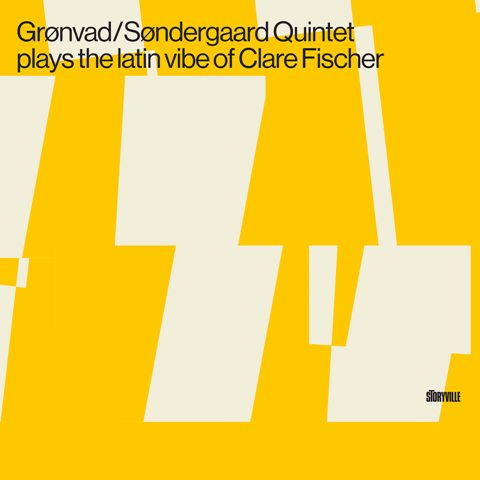 From the publicity blurb for this CD:

In 1996 the Danish vibraphonist/composer Morten Grønvad spent six months in Los Angeles, CA seeking inspiration and also studying with percussionists Emil Richards and Alex Acuña. By coincidence, he met and became friends with the great jazz pianist Clare Fischer – a very influential musician, who both Bill Evans and Herbie Hancock have stated as one of their major musical inspirations. During this and subsequent stays in LA Morten frequently visited Clare in his home in Studio City, where they discussed musical ideas and listened to each others’ work. After Clare passed away in 2012, Morten stayed in contact with Clare’s son Brent Fischer (winner of multiple Latin Jazz Grammys), who visited Copenhagen some years later. On that occasion, Morten and Brent had decided to join forces, and they played a couple of concerts together at the Copenhagen Jazz Festival highlighting Clare’s music. Morten Grønvad’s interest for Clare Fischer’s music has persisted, and in 2019 he and the very expressive alto saxophonist, Jens Søndergaard, got the idea of recording an album based on Clare Fischer’s compositions with their group Grønvad/Søndergaard Quintet.

So there you have the genesis for this very interesting CD, certainly some of the most innovative music issued by the Danish label, Storyville Records. Considering Grønvad’s personal experience with the Fischers, I wasn’t surprised that they respected and understood his musical idiom, but I was impressed by how well these European musicians grasped the Latin beat necessary to bring off these pieces. Although they are not among Clare Fischer’s most complex compositions, they are structurally interesting (listen, for instance, to Ontem à Noite with its rising harmonies) while still giving a lot of space for improvising, and the quintet has the full measure of them under their fingers. You might think of these pieces as being graduate school samba and bossa nova.

Interestingly, alto saxist Søndergaard has a firmer tone than one normally expects in this music; he does not play with the breathy sensuousness of a Paul Desmond or tenor saxist Stan Getz, whose bossa nova recordings of the 1960s are now classics. This isn’t necessarily a bad thing, but I did feel that he might have varied his tone a little bit here and there for emphasis. Nonetheless, that is my only (very small) caveat about this album. I doubt that you’ll find better performances of this music anywhere else. In addition to Grønvad’s excellent playing, I also enjoyed Thomas Bornø’s very fine piano solos.

I especially liked Wistful Samba with its subtly interlocking harmonic base as well as the lively (and interesting) Gostoso, but I don’t want the reader to think that this is the kind of jazz album you have to follow too closely musically in order to enjoy. Fischer always wrote somewhat interesting scores even when they were light music, as this is, but their primary purpose is to entertain, and that they do splendidly. Elizete sounds the most like a Jobim bossa nova piece.

All in all, a wonderful album, well worth checking out for fans of both Latin jazz and Clare Fischer.