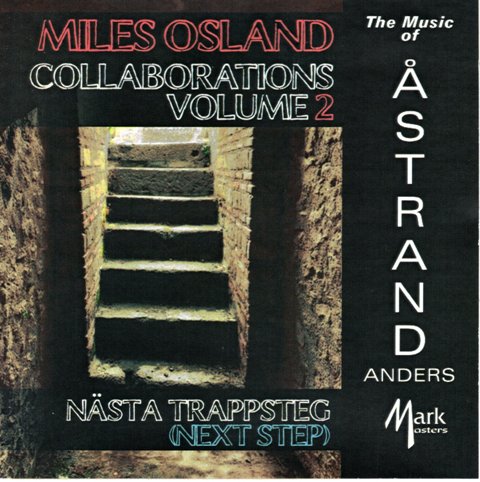 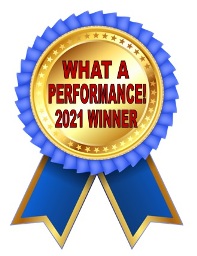 Miles Osland is a saxophone virtuoso and head of the jazz program at the University of Kentucky. I’ve praised several of his band’s “Stinkin’” albums over the years, but here he is playing solo with Swedish mallet virtuoso Anders Åstrand, who heads up the Orford Summer Music Academy in Quebec.

The program consists of eight originals by Åstrand in which he combines through-composed music with improvisation. In sampling the album, I wasn’t sure how much of the music is written out and how much is improvised, so I sent a quick email to Miles asking him. Here is his reply:

Great question!  I’m glad you inquired.  The answer to your question is that it pretty much depends on which track you’re listening to and what section.  For instance, track 1 (Nine Steps) is all composed except for the slower section which is all improvised over a progression.  But in contrast, Pitter Patter (track 6) and Ice Sculptures (track 7) are both fully improvised with no chords in mind…

So the answer is, part of it but not all of it. Since I didn’t want this review to be dependent on a back-and-forth exchange with Osland, I thought it was best to just review what I heard and let the reader decide when they hear the CD. After all, I doubt that if you heard this program played in person that either Osland or Åstrand would continually explain each piece in detail before it was played.

Being primarily a jazz-based album, rhythm is the underlying impetus for most of the material presented here. Nine Steps opens with Åstrand playing a quasi-Latin beat on the marimba, into which Osland enters playing a pleasant, somewhat repetitive melodic line. Even without a rhythm section, the music swings, largely because both musicians are serious jazz freaks, thus it’s in their blood. The music is also tonal and, since it depends on these short rhythmic musical cells, not terribly complex harmonically; but then there is that slower middle section in which both musicians improvise, and this is where the jazz fan smiles, leans back and enjoys what is going on. There’s definitely a little Eric Dolphy in Osland’s solo, but not too much; he doesn’t indulge in those wide-ranging intervallic leaps for which Dolphy was famous, and he swings more. This whole section, in fact, harks back to the cool jazz of the 1950s (I half-expected to hear Ken Nordine come in speaking his “word jazz”), and is wonderful to hear.

Ten Steps opens with double-time figures (not sure if they’re written or improvised) over slow suspended chords. I found it fascinating to hear how Åstrand was able to divide his hands up in playing these two opposing rhythms simultaneously. After a pause, he plays a repeated rhythmic figure in triplets that nonetheless changes harmony, over which Osland plays alto saxophone. Ah, but wait! Suddenly there are two alto saxes, meaning that Osland is double-tracking himself…which leads me to believe that Åstrand was doing the same. Osland’s solo here includes some gritty high notes in a very bluesy manner, after which we hear not just two altos but also his soprano saxophone adding high-range figures in double time over the melodic line, so suddenly our duo has become a quintet (two Åstrands and three Oslands).

Seven Steps, which opens with some weird reverberant figures (possibly electronically-created) tells us that Åstrand is not averse to using some studio wizardry to create an ambience. Osland, too, seems to be playing his flute out in the ether somewhere before the microphone brings him into closer focus. I may be wrong, but most of this solo sounded improvised to me, resembling the way Lew Tabackin played jazz flute, before we move into what is probably a written-out section. But as I say, it doesn’t really matter a lot how much of the music is written and how much improvised, because it’s a treat to listen to it all. The music just sucks you in and you let it wash over you.

In the somewhat sketchy liner notes, Åstrand explains that these first three pieces “form a suite of a kind,” all of them inspired by his trip to the Amalfi Coast of Italy in early 2019. Meditation Moment, true to its title, just sort of floats out there in the ether without a specific or regular pulse, with Osland not entering until around the 3:30 mark. Lots of improvisation going on in August, mostly on soprano sax…I don’t know if Åstrand is improvising, too, but probably not. The next section really swings, though it sounds written-out to me. There’s more studio trickery on Pitter Patter which, once again, sounds like something from a Nordine “word jazz” album.

Ice Sculpture is purely ambient music, using electronic reverb to the max and eschewing tempo or rhythm. The album closes out with Anne, which also starts out as a low out-of-tempo piece before slowly coalescing into a nice, medium-tempo piece in which Osland plays flutes as well as saxes.

One of the interesting things I felt about this album is that, for all Osland’s virtuosity and flexibility as a soloist, it was largely a showcase for Åstrand’s talents as a jazz composer-mallet player. This doesn’t mean that Osland’s contributions are negligible—far from it—so much as it seemed to me that his role was to expand on what Åstrand had written, not to dominate. And yet when the two play together, the vibist is clearly listening to what the saxist/flautist is playing and reacting to it. Let’s just say that the album lives up to its title. It is a true collaboration.