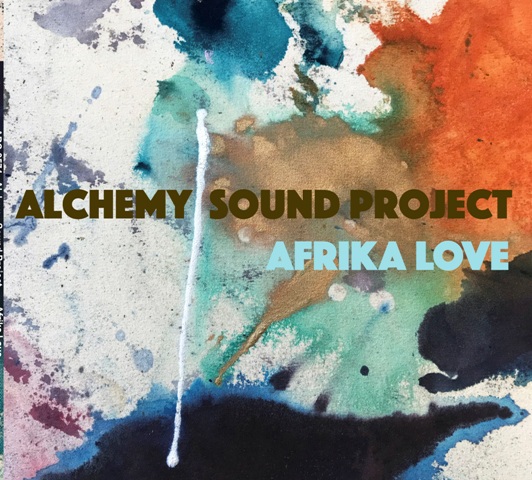 I’ve given rave reviews to each of the last two CDs by Alchemy Sound Project, thus I expected no less than excellence when sampling this album. I was not disappointed.

There are some jazz septets that play as a small group, with the individual players interacting with one another as in the old polyphonic New Orleans groups, and some jazz septets that play more or less as a small orchestra. Alchemy Sound Project is one of the latter, but what makes them unique is that they go out of their way to avoid cliché voicing and arranging. The sometimes combine a saxophone with a trumpet or an oboe or clarinet with a trombone, or just mix the voicing up as they see fit from moment to moment. In this respect they remind me of two of the most gifted and original arrangers of the 1960s, Charles Mingus and Rod Levitt, as well as of yet another creative arranger from the 1980s, David Murray, whose work I consider to be extremely underrated. And like Mingus and Murray, they use very fluid forms and irregular meters with impunity, creating a swirling sound that encompasses the listener and pushes the music forward without respect to a basic pulse.

Within this setup, then, it amazes me that when two soloists play at the same time, as for instance the saxophone duo in the opening track, that they are able to follow what each other is doing while the rhythm section is doing its own thing, and there often at odds with one another. I can’t recall hearing more than a few bars, during the theme statement that comes and goes, where the bass and drums play the same rhythm. They are constantly breaking it up and moving it around. Of course, this pulls the music far away from any semblance of a swing or bop beat, but their goal is the creation of art music, not entertainment, and in this they succeed very well.

One hears high reed combinations in the ensemble chords behind the soloists in Dark Blue Residue, and here the soloist have changed, from piano and saxophones to trombone and then piano. Sumi Tonooka plays in a single-note style, primarily with the right hand alone, in a manner similar to McCoy Tyner which isn’t bad at all. And lo and behold, the group suddenly throws in a few bars of swing beat around the two-minute mark just to prove they can do it!

Not all the solos are on an equally wild plane, but the whole purpose of this wonderful band is to allow each soloist to say his or her thing and get out without worrying about whether or not the next soloist up will top him or her. It’s a completely unselfish and egalitarian approach to playing jazz. Mingus had it in his bands, and so did Levitt and Murray. As good as the leaders were on their instruments, no one in those groups were really top dog. All contributors tried to operate at their best, but no one was trying to outshine anyone else.

As a result, written descriptions of what is going on in this music are difficult to conjure up. The music is so complex that it would take two or three listening to catch everything that is going on, the soloists—though different in style—all feed into one another, and in the end just sitting back and absorbing it all is the best approach. The title tune, for instance, opens with an a cappella solo played by what sounds like a derby-muted trombone, followed by trumpet and reed mixtures on bitonal chords, with an oboe solo that eventually opens up as the rest of the band coalesces into luscious and indescribable chords behind it and the drums play cymbal washes around it. But that only tells you what is happening technically. You really need to listen to this music, and listen carefully, to catch all of its complexities and subtleties. The piece keeps morphing and shifting, trumpeter Boshnack comes in for a sparse but interesting solo, then after a brief ensemble lick (which turns into a new theme) we hear the alto sax coming in and out around it. But the music evolves yet again, the theme develops, and life, along with the music, goes on. How do you put all this into words? And what can these words convey of the emotional and cerebral impact of this music? As Duke Ellington was wont to say, it is “beyond category.”

Some of the sections of these performances actually sound like free jazz or something very close to it. Other sections do swing (Afrika Love does so around the 6:50 mark) only to fall back again into some amorphous meter, perhaps to return to swinging if and when they feel like it. Truly collaborative ensemble jazz like this is exceedingly difficult to pull off well, but this septet somehow has it all worked out. How much is really written out and how much improvised, besides the solos? It’s difficult to tell. My guess is that they had certain ensemble passages written out that they could play, switch around, repeat or mix together as the mood moved them, but without seeing the scores this is just a guess on my part.

Paradoxically, the one thing that is consistent on this set is the wild variety of instrumental voicings, which is kind of like saying that a mix-it-yourself salad tastes the best even if it includes veggie combinations that could never exist naturally in one country at any one time. “Alchemy” is surely the perfect name for this group, for they are musical alchemists. There is variety galore in their music, yet absolutely nothing they play sounds “wrong” even when it is wholly unconventional.

I could go on giving moment-by-moment descriptions of these pieces but, as I say, the joy you will derive from just listening and discovering this music moment by moment surpasses any attempt I could make at telling you what you’ll hear. I was completely enraptured in the music from start to finish, and to be honest, I seldom have my attention so riveted in a recorded moment to moment, jazz or classical, as much as I was held attentive by this CD. In an era when so many jazz groups, regardless of genre, tend to pigeonhole themselves, Alchemy Sound Project simply cannot be pinned down—and that is their glory.