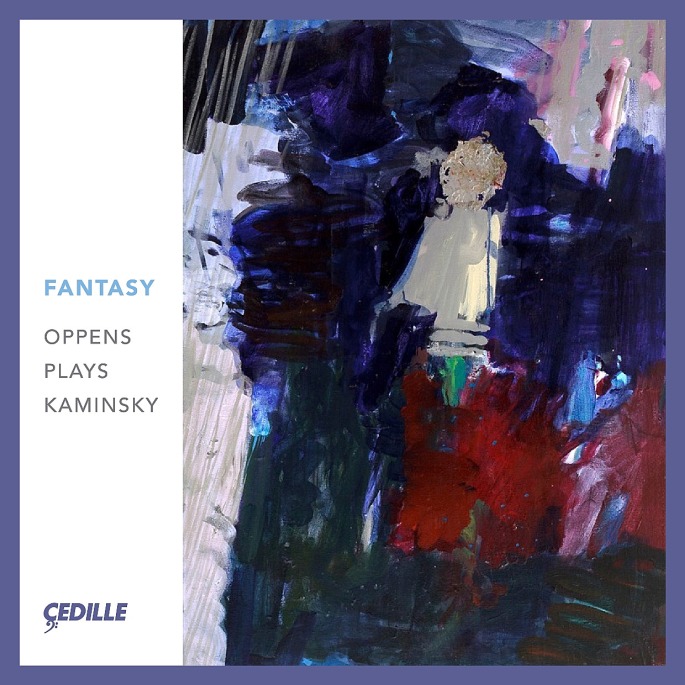 This was yet another CD in which I, as a reviewer, was frustrated by the lack of a booklet–not Cedille’s fault, the CD certainly comes with one–but Naxos’ fault (they didn’t have one for download on the reviewer’s website). Had it not been for the “sales sheet” I was able to download, I’d have had no idea who the other performers were on these tracks because they’re not listed on the CD back cover (inlay).

Sadly Laura Kaminsky, like Nancy van de Vate, is an American woman composer whose work has not only fallen through cracks in the façade of the classical world but are rarely if ever performed. Van de Vate has her own label, Vienna Modern Masters, so at least most of her compositions are recorded (a few more than once), but it’s not easy to find these CDs unless you order them from her website. Kaminsky, who is much younger (born in 1956), has to fend for herself.

Without a booklet, I have no idea of the genesis of these works or when they were written, but the opening movement of the Piano Quintet is built around a quirky, irregular ostinato rhythm set up by the cellist, with the other instruments coming in with rhythmic commentary. Occasionally they play together as a unit, only to split apart again, and the music appears to be modal, harmonically built around thirds and open fifths. It develops in a somewhat standard fashion but, retaining its irregular meter, clearly avoids being minimalistic. The second movement, titled “Lamentation Coming Into Light,” is a slow, moody, restless piece that opens with the piano playing a few sub-contra low notes, ruminating a bit in the mid-range of the piano before being joined by the cello and then the other strings in a sad little melody. in D minor. After a while the piano again goes solo, this time playing its own variation of this theme in somewhat complex fashion. Kaminsky clearly has her own way of spacing and pacing music; she holds your interest not by pouring a bucket of notes on you, but rather by using fewer notes and moving them around. The third movement, “Maelstrom,” begins in the same tempo and general key(s) as the second movement, but things become more agitated around the four-minute mark. Yet the movement, and the quintet, ends peacefully—and tonally—in Db major.

The solo piano Fantasy is just that, an imaginative fantasia piece that moves in unexpected directions at Kaminsky’s whim. A few hints of jazz rhythm come and go in it as well as a remarkable passage in which the two hands play completely different and opposing lines against each other. By the 3:55 mark, the pianist is playing other, more atonal lines against each other in the instrument’s high range, slowly but surely moving downwards towards the middle of the keyboard as the excursion continues. Interestingly, this Fantasy is longer than the entire Piano Quintet and only eight seconds shorter than the entire Piano Concerto that ends the disc. More and different permutations follow within that time span, all of them unexpected and interesting. At the 12-minute mark, for instance, Kaminsky actually sets up the pianist’s two hands so that they run counter to each other in both melodic direction and harmony. Later on, she makes these counter-figures faster and even more rhythmically difficult, a feat which Oppens handles adroitly. Later still, she tosses in a few bars of boogie-woogie rhythm, then stops, resets herself, and moves on to sparse, high-lying figures in the right hand.

Reckoning, subtitled “Five Miniatures for America for Piano 4 Hands,” seems to be somewhat based on Shaker hymns and/or old folk tunes with their open fifths, but Kaminsky has so completely rewritten them that they are entirely new pieces—and among the most harmonically daring so far in this recital. The octogenarian pianist Jerome Lowenthal, another champion of modern music, joins Oppens in this work and shows no signs of slowing down with age. the fourth piece, titled “Divided,” is fast and edgy with both pianists playing in a different key.

Oddly, the Piano Concerto also starts with the soloist, alone, playing in two different keys simultaneously before the orchestra stealthily and slowly moves in underneath it (just the basses at first, later quiet high strings, glockenspiel and flute). As things develop—slowly—it almost sounds like a chamber work for a handful of strings and winds with the piano: a stark, forlorn piece with scarcely an upbeat moment in it. As things grow progressively louder, even with the tympani making an appearance, the effect of a chamber orchestra remains. Kaminsky writes clear, transparent textures for this concerto, and maintains this through most of the first movement. After a dramatic moment in which the trumpets suddenly blare out loudly, the orchestra falls away completely as the solo pianist continues its somewhat struggling journey forward. Then the tension relaxes as oboe and bassoon make wry little comments, then the French horns and strings enter as a sort of cushion. Its nearly 21-minute length encompasses but a single movement, yet although there are certainly different moods presented it does not follow the usual formula of alternating slow and fast sections simulating individual movements. In fact, I felt that this work was almost as loosely structured as the solo piano Fantasy. It’s predominantly a very dark piece.

These performances, all first recordings of these works, are all excellent, which helps us to appreciate Kaminsky’s sound world. Highly recommended.