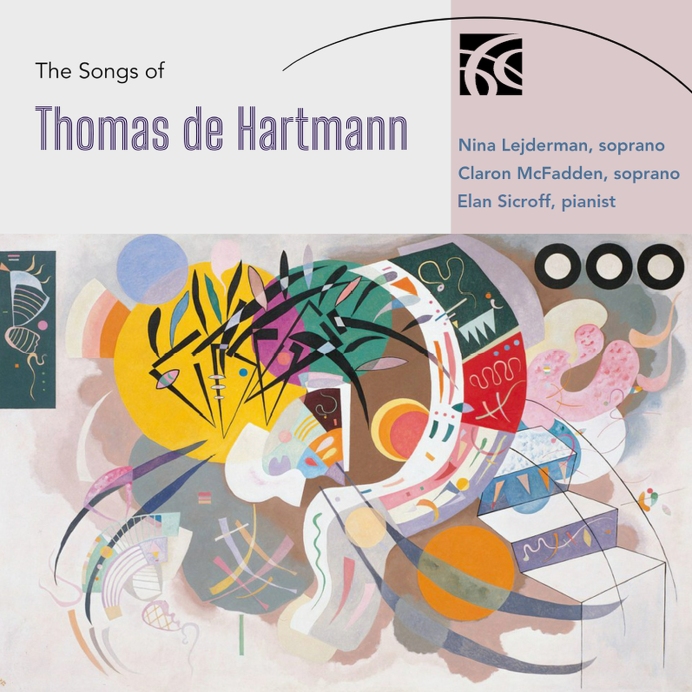 Having explored Thomas de Hartmann’s piano music, we now turn our attention to his songs. Once again, the music spans a wide range of years, dating from 1900 (the 3 Romances) to 1948, and again the most Romantic music is the earliest. Here, however, the songs from 1915—Vision of Pushkin and To the Moon—are not quite as forward-looking as the solo piano music from the same period, yet we do already sense a change of direction in the harmony, which is more Scriabin-like.

Even as late as 1931, in the Bulgarian Songs, de Hartmann’s writing for voice is still essentially tonal and melodic; it is only in the piano accompaniment that we sense somewhat more modern harmonies and chord positions. Still, one should not confuse more grateful lyric lines for uninteresting songs, for by that time de Hartmann was indeed moving forward. This is especially apparent in “Hymn of Pan” from the 3 Poems by Shelley,  in which the piano accompaniment is astonishingly complex. By the time we reach the 9 Songs by Pushkin (1937), we are clearly in de Hartmann’s more advanced period, particularly in the writing for the piano.

Yet it is the 6 Commentaries from “Ulysses” by James Joyce  (1943) that is the most modern vocal  music on this set. At times, the asymmetrical meter puts you in mind of the way Virgil Thomson set the words of Gertrude Stein, except that here de Hartmann calls upon his soprano to bend notes and sometimes come in “between pitches.” It’s a superb song cycle; I only wish that I could understand the words better without having to look at the booklet.

We end with the very weird unaccompanied vocal quartet Pour chanter à la route d’Assise from 1949, and here we have music that could pass for mature Honegger or possibly even neoclassic Stravinsky. A very nice piece indeed.

I must give producer-pianist Elan Sicroff a pat on the back for using singers who can actually sing, who have good, firm voices, good musical style and, best of all, clear diction (although soprano Claron McFadden has a heck of a time singing in English. I was stunned to learn that she is American, since I could only make out perhaps one of every six words she sang). These qualities aid us considerably in enjoying de Hartmann’s music for voice.

One thought on “De Hartmann’s Songs”