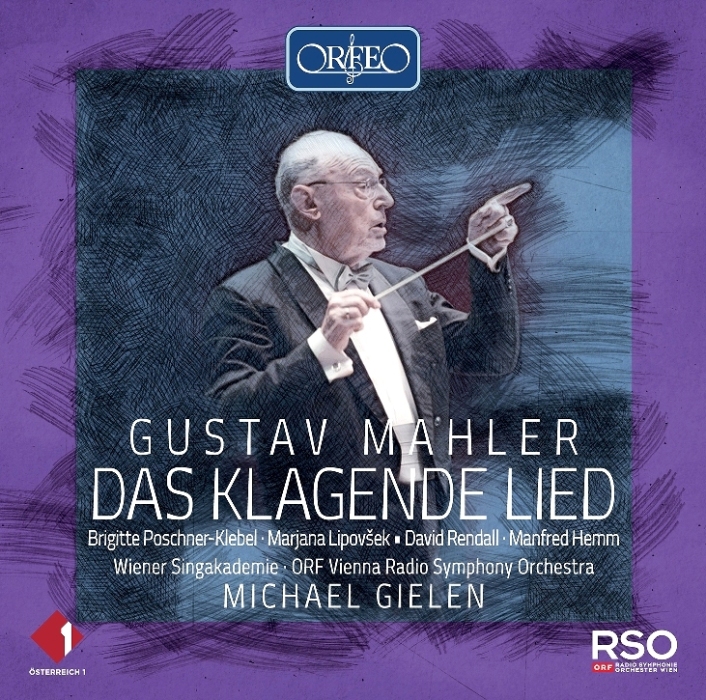 This is one Mahler performance by Michael Gielen not issued on any of the SWR Music sets devoted to the conductor, but since I’ve always liked this piece I jumped on it when it became available for review.

My readers know that I consider Gielen’s Mahler to be a mixed bag. None of it is conducted poorly, but more than half of it struck me as too “cheery” for this complex, often-tortured composer. Your perception of this reading of an early work not so frequently recorded as the rest of his output will undoubtedly depend on how you view it. Is it a pastoral presentation of nature, or should it be somewhat edgier? The recording I own, and for the most part enjoy, is the one conducted by Riccardo Chailly on Decca, an outstanding performance but for the often shrill singing of soprano Susan Dunn.

The first solo vocalist to appear is tenor David Rendall, and he has problems. His vibrato is so overripe that he sounds as if he’s constantly trilling, and that’s not good. Werner Hollweg, on the Chailly recording, is far superior. On the other hand, basso Manfred Hemm, a name hitherto unknown to me, is outstanding, to my ears even richer-sounding than Andreas Schmidt with Chailly. And I really liked Gielen’s conducting here: he binds the phrases superbly and brings out the structure of the work even a bit better than Chailly. In addition, soprano Brigitte Poschner-Klebel has a much better voice than Dunn, which helps in the ensembles.

As the performance goes on, Rendall’s excess flutter evens out a bit though it never completely goes away. Both mezzos—Brigitte Fassbaender for Chailly and Marjana Lipovšek here—are superb. Fassbaender’s voice is more pointed and focused in tone while Lipovšek’s is richer; both are expressive in their individual ways. Also, as the performance continues, I realize that the soprano has far more music to sing than the tenor, and that Poschner-Klebel’s far more secure high range works greatly to the score’s advantage, particularly in Part III where she has several lines that stay in the upper register and demand secure voice production. The power that Gielen brings to the latter part of the first movement is also more impressive, and better integrated into the music, than in Chailly’s recording.

The way Gielen conducts Part II (“The Minstrel”) put me in mind of the second part of the Eighth Symphony, but as the music continued it put me more in mind of the second half of the “Resurrection” Symphony. This is one of the defects of this work, that it is not stylistically consistent. As it moves from section to section, one notes that it is more episodic than usual for Mahler; he had not yet learned how to develop his music in a more seamless manner. (The first movement of the Symphony No. 1 is also a bit episodic, but not to this extent.) Interestingly, I also hear little snippets of Il Trovatore here and there in Part II—made to fit the surrounding material differently, but still, the phrases are the same (one of them is a line sung by Azucena in the Act II duet with Manrico…listen and you’ll hear it).

In the end, then, I found that I preferred this performance to that of Chailly’s. Neither are perfect, but I’ll trade the somewhat fluttery voice of Rendall for the shrill, even more fluttery singing of Dunn any day. The work is not really a masterpiece either, but as I said, Gielen brings out its structure better than Chailly. This is now my preferred recording of Das Klagende Lied.