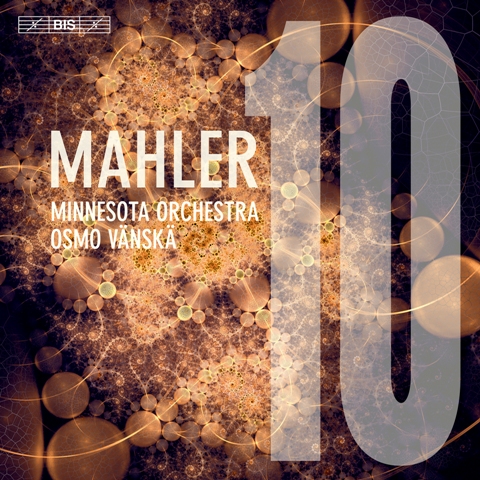 Finnish conductor Osmo Vänskä has been recording the Mahler Symphonies for Bis. Of those already released, I was particularly fond of his version of the Seventh, which has pride of place in my collection of Mahler symphonies alongside that of Rafael Kubelik with the New York Philharmonic (a live performance only issued by the Philharmonic themselves).

I’m very fussy about the Tenth; it’s not a symphony that everyone does equally well. I wasn’t even really happy with Michael Gielen’s recording, and my readers know how much I like and respect Gielen’s work overall. I own the Eugene Ormandy recording, which is a good but not (for me) a great performance, because it is one of the very few made of the first Deryck Cooke reconstruction, but my favorite performance of all time is the one by Mark Wigglesworth with the BBC National Orchestra of Wales. This, believe it or not, was a freebie given away many years ago when BBC Music Magazine was attaching recordings of live BBC performances to their magazine on a monthly basis. In my view, Wigglesworth got everything right in this symphony, from the melancholy feeling of the opening “Adagio” to the last notes of the finale. Just am FYI, Vänskä uses Cooke’s third performing edition of 1976, which is generally considered to be the best.

The famous opening “Adagio” is judged and played exactly right, deep in feeling without overdoing the drama or distorting the music. (By the way, Gielen made a separate recording of the “Adagio” that was markedly superior to his performance of the same movement in his complete recording.) But he certainly does drag out this first movement to an astounding 26:21, and yes, there were moments in the performance where I felt that he let the music sag a bit much.

The second-movement scherzo is played at a good clip, and Vänskä tries to bring out the grotesque humor in the music, but somehow falls just short. Granted, Ormandy wasn’t the most exciting conductor in the world, but he was very good and he was particularly fond of the Mahler Second in addition to being the first to record the complete Tenth, and even he gets a bit more out of this scherzo than Vänskä does. Mind you, it’s not a bad performance, but it’s not quite a great one. It just has the sound of a really good run-through at rehearsal, not a performance where the music catches fire.

In the “Purgatorio,” despite the use of SACD sound, the string section has a mushy sound that I found unattractive. This may be Vänskä’s fault, however, and not that of the sound engineers. And it is here, in particular, that the performance falls flat interpretively. And in the finale, the tympanist sounds really into his part, as do the low brass instruments who create a nice , ominous ambience, but the rest of the orchestra does not sustain this feeling or carry it forward.

Sorry, but the Empress of Mahler is just not impressed. It’s a good read-through but no more than that.