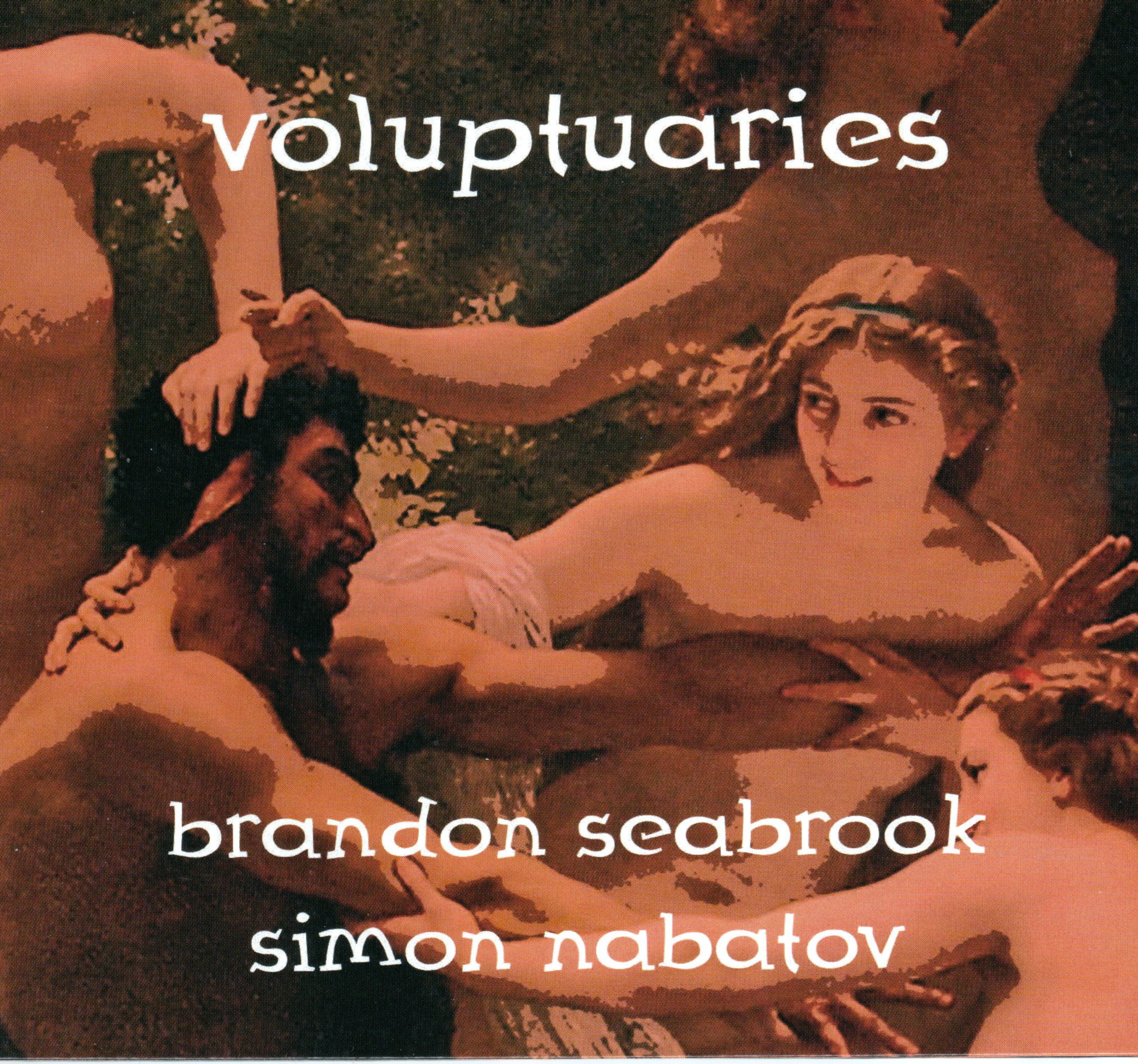 This is clearly not an album for everyone. Guitarist Brandon Seabrook and pianist Simon Nabatov play here in a continuous sequence of “scratchy stabs, often offset vy the equally unexpected lyricism,” as the promo sheet tells us.

This is not normally the kind of music I enjoy listening to. It is abstract in the extreme. Yet it creates a weird sort of fascination, a complex web of pointillistic sound which is the aural equivalent of a Jackson Pollock painting. It doesn’t make sense, but it’s not trying to. The sounds simply exist for their own purpose. Very often, Nabatov plays the sort of circular figures that Nicolas Slonimsky created in his Thesaurus of Scales, though he also moves into creating mysterious low chords now and then. Since the nature of Seabrook’s instrument is the production of single notes, that is where he stays most of the time.

Much of the time, the music on this CD resembles the sound of mice or squirrels scatching inside the walls of your home, only amplified 100 times. Both musicians have outstanding technique and use it to try to confound one another, but both are up to the challenge. One could easily describe this album as background music for neurotics, and that would be appropriate. The patterns created here are essentially rhythmic and not melodic or harmonic. Indeed, I would say that for the most part, harmony has been thrown out the window.

And yet, as I said earlier, there is a certain hypnotic fascination about this recording. In Who Never Dies, Nabatov appears to be playing the inside strings of his piano but with some sort of dampers on. Then, in Dust Storms, we suddenly hear a slow, lyrical melody emerge from the piano, to which the guitar responds with a few complementary touches of its own. In Fresnel Lenses, we slow down even further as both guitar and piano create strange, slow, ambient sounds that almost sound like electronics, only more attractive and less abrasive. Then, in Squalid Simplicities, it’s back to the frenetic abstraction.

On Grosbeak, the guitar plays mostly in its lower range, using amp distortion while the piano plays a series of menacing atonal chords. This one sounds more like a war than a partnership. Eventually, the guitar leaves its distorted sound for a short spell to play a series of single notes, but it always returns to its menacing sound environment. Vox Me opens with the guitar somehow playing high-pitched squeals (I’m not sure how he does it) while the piano romps atonally and menacingly.

Yet a complete “description” of the sounds heard here would surely confuse rather than enlighten the reader. These are sounds meant to be experienced aurally, not through words. As I say, the album is strange yet fascinating. Buckle up your seat belts before taking a ride on this one!