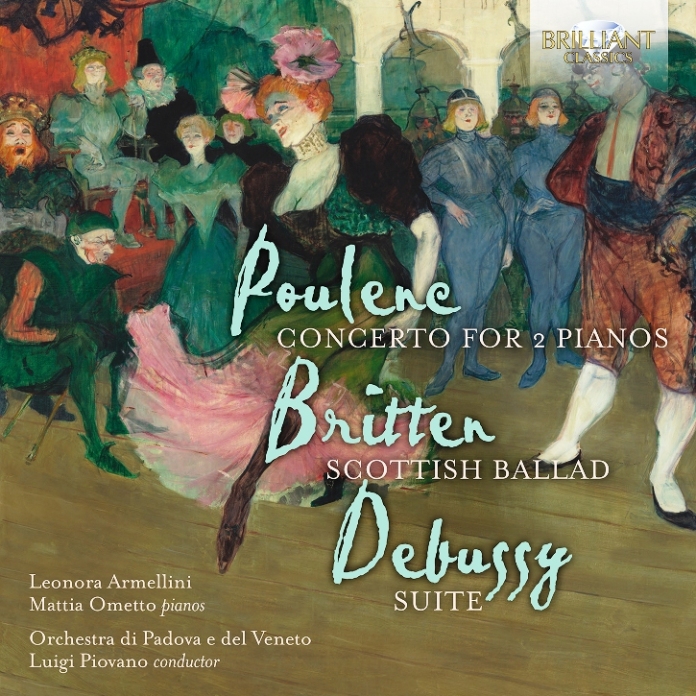 I love Brilliant Classics! Here’s a label that never shies away from taking chances, much like the Piano Classics and Dynamic labels. Sometimes (but not often) they fail, but for the most part they tend to score bull’s-eyes with their recordings, and this one is no exception.

Duo Pianistico di Padova consists of Leonora Armellini, who won the Janina Nawrocka Prize at the 2010 Chopin Competition, and Mattia Ometto, who studied with both Aldo Ciccolini and Earl Wild…some pedigree! And the orchestra is led by cellist-turned-conductor Luigi Piovano. Put them all together, and you have an excellent combination.

Moreover, these are serious musicians; they’re not playing as a piano duo to show off their Pepsodent smiles as they tinkle their way through Chopin and Rachmaninov. They know their music and how to perform it, and it shows. The one place on this recording where they do play in a wistful manner is the second movement of the Poulenc Concerto, which is appropriate. Otherwise, they dig into the music with aplomb, which I much appreciated.

Ironically, I’d never heard these particular works by Britten and Debussy before but, as it turns out, this is understandable. The Britten comes from 1941, his American years, composed for the duo-piano team of Ethel Bartlett and John Rae Robertson, while the Debussy piece was just recently discovered. The latter exists in two versions, one for orchestra which is missing the third movement, and one for piano four hands which is complete. It dates from around 1884, when the composer was 24 years old. 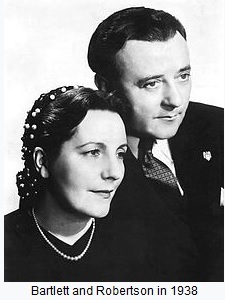 Britten’s Scottish Ballad opens with grand chordal flourishes by the two pianists, with orchestral interjections, in his grandest and most dramatic style—and a far cry from the more bitonal style of his later years. What I found interesting about it, however, was the way this grandiloquent introduction feeds into the principal theme and how well the whole thing is constructed. There’s also an undercurrent of menace in the music, perhaps channeling Macbeth a bit as he compiled his Scottish themes. There are pre-echoes here and there of the orchestration he would later use for his opera Peter Grimes. The bottom line is that this is a much meatier piece than one might be led to think from its title. At the 5:20 mark, the music suddenly becomes more lyrical and tonal, but the shift towards greater lyricism doesn’t last very long before the undercurrent of menace returns. I was also impressed by the subtle way in which Britten uses the tympani here, mostly subdued, more felt than heard clearly, although with a few rumbles of thunder here and there. Moreover, the semi-pastoral quality of the middle section disappears by 7:20, at which point Britten has clearly turned to a more astringent sound, using harsh wind chords and by now shifting the harmony most definitely towards more abrasive chords. At 9:20, the roiling percussion and biting brass suddenly brought to mind Berlioz’ “March to the Scaffold.” What a fascinating piece!

Interestingly, the Debussy piece shows absolutely nothing of his more impressionistic style to come, opening with a fairly loud, jolly waltz that seems to draw more from Massenet or Gounod than from Wagner, whose music influenced his mature style. Yet it’s interesting to hear where he started, and there are some interesting descending chromatic passages that presage some of his later work. Indeed, even the slower second-movement “Ballet” is more extroverted than we’re used to hearing from him. But every composer has to start somewhere, and obviously Debussy realized that what he had produced here was well crafted but not individual enough in style to establish his name. Four years later, he finished his first truly characteristic piece, La Damoiselle Élue, which wasn’t premiered until 1893. Only in the third movement, “Rêve,” do we finally hear the “real” Debussy that we all know.

A fascinating album, then. You may have another performance of the Poulenc Concerto that you prefer to this one, but by itself it’s an excellent performance, and the other two works are extremely interesting.