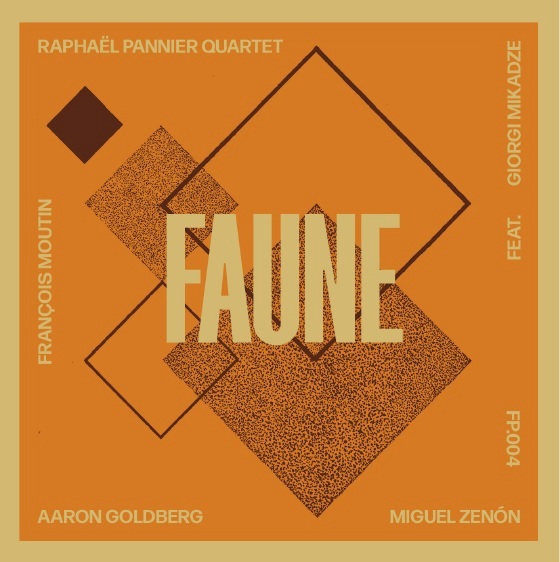 This is the debut album of French drummer-composer Raphaël Pannier, due for release on August 21, and on it he includes the excellent alto saxist Miguel Zenón, whose music I praised in earlier reviews. This is not insignificant for, like Zenón, Pannier combines a classical sensibility with jazz, and in doing so has created a unique sound world. As the promo sheet tells us:

Like Debussy, Pannier is very much a colorist of his instrument, executing performances on the drums with graphic and imagi­nary play, creating a sonic impressionist landscape that’s re­flected in both his original compositions and his arrangements. “Lullaby” is a journey into dreams, “Fauna” an exploration of an imaginative forest, “Monkey Puzzle Tree” an apparitional tree with incredible harmonies. “Midtown Blues,” an aural sketch of Manhattan executed as a joyful, swinging piano trio, perfectly de­picts the feeling of being bumped and bounced while walking in Times Square. 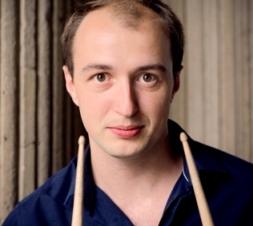 This is subtle music, but subtle music with a difference. It has a very strong French sensibility about it, the jazz equivalent of Debussy or Ravel, the latter a composer represented on this album by a selection from his suite Le Tombeau de Couperin. He uses a piano in his presentation of Ornette Coleman’s Lonely Woman, the opening track on this album, which immediately tells you that he is strongly into musical color. Yet his drumming on this track is much busier and more complex than that on the original Coleman recording, which tells you that rhythm is important to him. The solo playing of pianist Aaron Goldberg on this track is minimalistic at the outset, almost bleak in feeling and character. Lonely Woman was already a sort of tone poem in Coleman’s original version, but here it is more so. As Goldberg’s piano becomes busier, it leads into a superb alto solo by Zenón, one that channels Bird more than Coleman yet somehow fits in. Indeed, Zenón’s solo increases both the tempo and the volume of the piece, his horn screaming in the void as Pannier’s drums rattle around him. It’s a strange yet moving interpretation. At 7:25, the tempo decreases to its original slow pace once again to make way for a bass solo by François Moutin, and an excellent one it is.

Perhaps the best example of where Pannier is as a player and composer is Midtown Blues, an uptempo swinger that, on the surface, is not much different from many a similar piece from the late 1940s or early ‘50s, but which underneath is quite different indeed. After the extroverted opening, Moutin plays an extraordinary solo, full of ideas and pushing the harmonic boundaries, followed by Goldberg playing an almost allegorical solo on piano with the bass and drums pushing him.

Yet it is with Lullaby that we are presented with the full measure of Pannier’s compositional skills, a piece in irregular rhythm, yet with an attractive if strange melodic line that keeps evolving as it goes on. It is played by Zenón and Goldberg in unison and repeated before we go into the solos. When they do come, the tempo slows down and the unusual chord changes dominate the direction of the music, and again Zenón is superb.

As a longtime admirer of Olivier Messiaen, I gave Pannier points for trying to do a jazz interpretation of his music, but to be honest I didn’t think it worked. By simultaneously smoothing out and jazzing up Messiaen’s piece, he made something softer out of it, almost like lounge music, and something is lost in the translation.

But Pannier makes up for this with a brilliant three-part presentation of Miles Davis’ ESP: first, with a chromatic, almost atonal piano introduction by Goldberg, then by the performance of the Davis tune itself, and then with an “outro” And in Ravel’s Forlane, the new arrangement works very well, particularly with the strange-sounding prepared piano of Giorgi Mikadze in the background.

In much of the remaining material we hear a more conventional but soft modern jazz approach, yet the solos—particularly those of Zenón and Moutin—continue to be superb. I was intrigued, however, by Hamilton de Holanda’s Capriche de Raphaël, a Latin-based tune that is different from all the other material on this CD.

We end with an excellent and complex piece, Monkey Puzzle Tree, a piece divided into several sections. On this, Zenón sounds a lot like Art Pepper, changing his alto sound like a chameleon. A very interesting release, then.