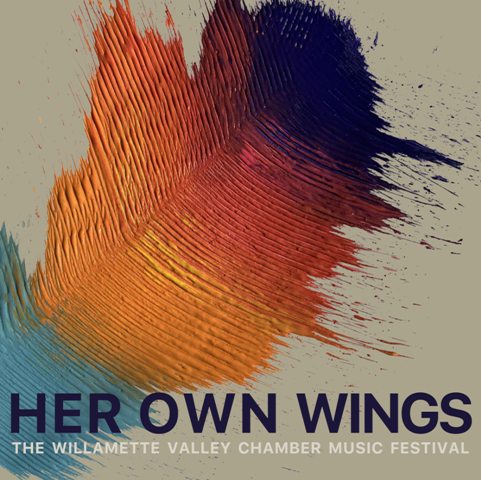 Gabriela Lena Frank is a composer who believes in messaging her music. In this release, we are told, she “tells a story of place and identity, of family and friendship.” Normally this type of verbiage means nothing, but in this case Frank is exploring her personal heritage through music, since she is the daughter of a mother of mixed Peruvian-Chinese descent as a father of mixed Lithuanian-Jewish descent, thus she combines a bit of the music of all of these cultures.

Frank’s music is essentially tonal but imbued with chromatics. To this end, she can shift the tonal center at will without sounding as if she were writing bitonally. She also has a strong sense of lyricism within this chromatic structure. The opening of Milagros is typical of her work: a few serrated, downward chromatic motifs, interrupted by strong chords, which lead into more melodic material with a strongly tonal bias. In Milagros, one encounters a more atonal sound world in the second piece, titled “Zampoñas Rotas,” which also has what I would describe as a rock beat. Why, Lena, why? Please tell me what is so wonderful about a rock beat. I just don’t get it. Towards the end of this movement, one hears long-held, edgy, high-pitched violin notes with thumps from the cello and viola interjections. In the next section, “Mujeres Cantando,” could best be described as edgy Latino music except that it lacks a Latin rhythm. This section was very creative, however, and attests to a creative imagination. In “Adios a Churín,” she even tosses in brief moments of jazz cello.

Compared to earlier works of hers that I’ve heard, Milagros sounded to me like a much more unified and interesting piece despite the various influences involved. Whereas previously Frank’s work struck me as a potpourri of ideas juxtaposed in a seemingly random fashion, here she exhibits a much stronger sense of structure. In short, the contrasting bits fit together better, at least in Milagros, because she has separated them into the different sections of the work, even though one can still hear a cultural mixture here and there. What was one, for her, a mosaic has become a melting pot, and this is all for the better. Sometimes, as innovative composers mature, they stay the same; at other times, they tend to become more conventional; but occasionally they grow and expand on what they had experimented with earlier, and this is the case with Frank. Except for the repetition of those strong downbow chords—not repeated frequently, but often enough—I hear tremendous growth in Frank’s music here.

In Legends, she opens with a bow to her mother’s Chinese side. “Toyos” sounds for all the world as if it were written by a Chinese-born composer who had also studied Western form, while the second section, “Tarqueada,” almost sounds like American hoedown music with its sliding chromatic violin playing despite the Hispanic-sounding title—at least until the edgy string playing comes in to transform it into a piece with strong backbeats. I should mention, at this point, that the playing of the quartets of the Willamette Valley Chamber Music Festival is exceptional, alert to every shift of mood and style and playing with strong emotional commitment. The Chinese influence returns in “Himno de Zampoñas,” oddly enough…or, perhaps one should say, a Chinese-Peruvian influence.

Occasionally, like so many modern composers nowadays, Frank gets hung up on effect in Legends, such as in the second half of “Himno de Zampoñas” where we get somewhat meaningless repetitions of edgy string gestures. This was a weakness of her earlier work which she avoided in Milagros for the most part, but to her credit she does not keep it up. “Chasqui” also has fast, somewhat edgy string playing, but all of it is of a piece, contributing to the musical evolution and not so much an “effect.” I really liked this piece in and of itself; it could easily be played as an encore at any string quartet concert and be assured of great applause, as it is both effective on the surface and well written. The music even swings a bit towards the end.

“Coquetos” is another Latin-inspired piece, and here Frank does indeed simulate Latin rhythms but with twists of her own. The meter is irregular and seems to constantly shift in the introductory section, although once the piece starts in earnest she switches to a sort of driving, pulsating rhythm in 3 (or perhaps 6/8) using a minor mode as its primary harmonic setting. This is another excellent piece. By and large I found Leyendas to be a mosaic of contrasting pieces and less of a melting pot, but each individual section is fascinating and well constructed despite the surprising elements within. “Canto de Velorio” is almost an ambient piece, slow and moody, but with an underlying edge to it and a fascinating, slithering cello line that pushes things along. I would say, too, that the sliding chromatics and occasional lack of harmonic grounding in this piece also refers to her mother’s Chinese heritage, but I could be wrong. Eventually, this piece devolves into a long-held series of screaming strings (a bit of effect here) before the viola pushes the violins with a strong motif of its own before the volume drops and we hear a slow 3 rhythm as one violin plays soft tremolos, the second pizzicato, and the viola and cello play a theme. Even this falls to the wayside as more changes occur towards the end.

An unusual album to say the least, but for the most brilliant music and consistently well played and recorded.