In the wake of the media hoopla over Florence Price, a female African-American composer of the 1930s, we now have the Negro Folk Symphony of one of her contemporaries, William Levi Dawson (1899-1990), who I had never heard of, and Ulysses S. Kay (1917-1995), who I had. Yet whereas I was only slightly impressed by the music of Price, who was clearly an accomplished technician but completely unoriginal in her method of writing, I was very much struck by the originality of Dawson.

His symphony, written in 1932-34 but revised in 1954, utilizes African-American themes in a completely different manner from that of his more famous contemporary, William Grant Still, who I have written a profile of on this blog. Like Price, Dawson “classicalizes” his black themes somewhat more thoroughly than Still, a composer who has not yet been adequately assessed or properly represented on records (most of the existing recordings are too polite and miss the point of his rugged orchestration), but the manner in which he develops his themes and knits the music together is far more interesting. There is a real energy in Dawson’s music that I find missing in that of Price.

Premiered by Leopold Stokowski in 1934 and broadcast nationally, Dawson’s symphony garnered initial enthusiasm from critics but both the work and the composer were soon forgotten. I found the work masterful on so many levels that it’s difficult to describe. Of course, we are hearing the revised version of 30 years later, by which point Dawson had traveled to seven countries in West Africa, from which he garnered authentic African themes and especially rhythms which he used to infuse the music, but a work of genius is a work of genius. I wholeheartedly agree with Frank K. DeWald’s liner notes:

In a detailed study of the Negro Folk Symphony published in the Black Music Research Journal, musicologist John Andrew Johnson describes the work as “masterful on many levels. Each of its three movements, while cast in a traditional form, is ultimately not controlled by these predetermined structures; rather, a continuous process of variation and development shapes its course.” Dawson applies his own highly individual touches in a work that is both structured and freely programmatic. 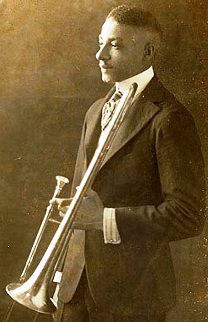 Moreover, unlike Price whose music was conventionally pretty (probably what attracted so many people. but I do not respond to “pretty” unless there is something underneath of interest), Dawson had a ruggedness, an earthiness, in his writing that lifted it above the mundane. In the second movement, for instance, titled “Hope in the Night,” Dawson breaks off his initial musical discourse suddenly with a crashing chord, following which we hear a plaintive, melodic theme emerged played by a cello and viola that eventually expands to include the French horn and flute against a pizzicato string background. When the tempo picks up again, the winds introduce another theme which is then developed. Everything about this music is arresting and original in both approach and orchestration. The movement ends in a mysterious haze.

The third movement, “O le’ me shine, shine like a morning star!,” is based on a spiritual but once again expanded in such a way that it opens up like a supernova. By the 3:30 mark we are in highly rhythmic territory, sounding like one of the themes from the first movement of Dvořák’s Ninth Symphony, one in which the Czech composer emulated, but did not directly copy, American Indian and African-American songs and themes.

Although Ulysses Kay was born only 18 years after Dawson, his music is clearly more modern in its use of harmony—which is not to say that he is blatantly atonal, but rather that he uses unusual chord positions as the underlying basis of his music. In the opening, it is The Fantasy Variations of 1963, in fact, opens with the Phrygian mode, and later vacillates between the diatonic scale and chromaticism. This unusual harmony is used as a springboard for the underlying rhythmic figures that arise about 3 ½ minutes into it. DeWald points out, a bit humorously, that “It might also be called Variations in Search of a Theme since the actual theme does not appear until the end, after an introduction and 13 variations.” Despite the fact that I had heard of Ulysses Kay previously, this was my first experience in actually hearing any of his music, and I was much impressed. His is another name that clearly should be found more often in symphony programs. The Umbrian Scene, also from 1963, was commissioned by the New Orleans Philharmonic Symphony as an example of “musical beauty.” Kay responded with a piece that is indeed beautiful, but in a modern way, like some of Samuel Barber’s short works for orchestra. The opening resembles 12-tone music but is not, despite the fact that it clearly sounds modern and, at the 4:45 mark, uses close seconds played by soft brass. One thing I found very interesting in Kay’s music was that he seemed to borrow nothing from Stravinsky, who was still alive and active at the time, and very little from Schoenberg other than his use of mood in his early orchestral works. Kay was clearly “his own man” in terms of musical construction, and I greatly admire him for that.

This is, of course, not the first recording of Dawson’s Symphony; the Stokowski recording, issued on a DGG CD, preceded this one; but it is, so far as I can tell, the first digital recording of the work and clearly much easier to find. This is a major release.