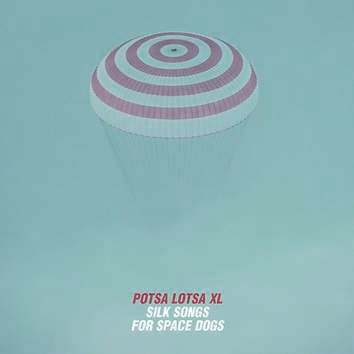 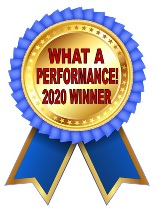 German alto saxist and clarinetist Silke Eberhard, a veteran of the German jazz scene, has committed herself to modern and free jazz since the early 1990s. She may be best known for the album she made with pianist Ake Takase in 2007, Ornette Coleman Anthology, but as this CD proves she is also one of the leading experts on the music of the late Eric Dolphy. Indeed, the name of her group, Potsa Lotsa, is an alternative title for Dolphy’s composition Number Eight, and she admits that even her original compositions “The ghost of Dolphy is still around.” 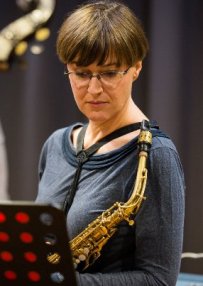 Apparently the ghost of Mel Brooks’ classic comedy The Producers is also still around since the first track on this CD is named after Zero Mostel’s character in that movie, Broadway producer Max Bialystock. This opens with a free jazz ensemble, with trumpet, sax and trombone pretty much playing whatever the hell they want to, before settling into a sort of lumpy-rhythmed piece around the 1:19 mark. Trumpeter Nikolaus Neuser continues his upper-range squealing, but the rest of the band—and eventually, Neuser as well—settles down into a real swinger around the two-minute mark, and the band really takes off. Eberhard is the first soloist up, and at first she plays in a swinging but fairly conventional style before throwing in her Doplhy-isms, those odd, stiffish, upper-harmonics solos than the famed alto saxist and bass clarinetist was famous for. Most of them work; some of them don’t; but then again, I felt the same way about Dolphy himself, a brilliant musician who occasionally went off the deep end without his scuba gear.

But this is an excellent band that can play in a tight style without losing track of one another, and eventually Eberhard returns to earth to play, also like Dolphy, in a modern-but-swinging style. I particularly liked the wild ensemble around the six-minute mark that reminded me of some of Charles Mingus’ early 1960s recordings with Dolphy and trumpeter Ted Curson. I also liked the fact that, despite the outer-limits solos, the music had a structure and form not unlike Mingus’ own compositions. For those who forget, Dolphy was a protégé of both Mingus and John Coltrane, each of whom vied with the other for his services and treated him like a son.

Crossing Colours is a fast-paced piece with a stiffish, Latin-influenced rhythm which eventually settles down once bassist Igor Spallati plays an a cappella break, after which the music continues in its odd, stiffish way but with a less defined rhythm. Neuser plays an excellent and surprisingly lyrical solo, his trumpet cutting across the bar lines in an interesting manner. The tempo changes once again at the 3:50 mark, leading to a drum solo (in the second chorus with interjections from the band) and then to ensemble with a vibes solo, another drum break, and a screaming final chord.

Skeletons and Silhouettes is a real old-fashioned-sounding swinger, led by Taiko Saito’s vibes with trombone playing along on the quirky tune, even quirkier brass interjections and humorous clarinet interjections by Jürgen Kupke. One thing I really admired about these pieces in general, aside from their structure and layout, was the way Eberhard organized the band in terms of texture. Though she is clearly working with a 10-piece unit, what you might call a smallish big band, she mixes and matches instruments in a fascinating way. In this particular piece, the surprise is the bowed cello solo by Johannes Fink, but all in all I continued to hear in her work not only the spirit of Dolphy but also, quite frankly, the spirit of Mingus, who reveled in such offbeat textural combinations in his own pieces. I point this out  simply because Mingus’ ear for band texture was actually different from Dolphy’s own, as one can hear in his arrangements for Coltrane in the Africa/Brass Sessions or his own Out to Lunch album.

With that said, the pointillistic opening of Fünfer, or Higher You Animals played by vibes and piano is entirely unique to Eberhard, as is the odd, jumpy, uneven meter of the tune in general. Neither Coltrane nor Mingus would have written a tune like this. Eventually the rhythm settles into a sort of 6/8, or perhaps 9/8, with the melody stretched over the rhythm in an unusual manner. Neuser’s trumpet solo here is both virtuosic and inventive; in the second chorus, Eberhard and Gschlöβl play brisk interjections. I also liked the way Eberhard uses the cello, mostly for color in the ensemble, which adds yet another voice.

Ecstasy on Your Feet opens with a mechanical-sounding intro, which turns out to be a motif she uses as an interlude in the melody proper, before leading into a sort of piece that sounds like the Star Wars bar musicians playing jazz instead of techno-rock. The tempo suddenly doubles for Gschlöβl’s trombone solo, and a very fine one, before we hear the rest of the band chime in with their own licks, including some frenzied bowing on the cello. When the music slows down, cello and bass play together in a weird sort of bowed duet, and this reminded me of some of the odd things that cellist Fred Katz used to do in the Chico Hamilton Quintet. Then, at 4:30, the tempo turns to medium-tempo swing and we reach Eberhard’s solo, the tempo now suspended as she plays odd, Dolphy-like figures. That Star Wars bar is rockin’.

We get a bit of a break from the preceding frenzy with Schirm, an atmospheric, moody piece with an elusive, bitonal melodic line. Eberhard is the only soloist here, moody and lyrical; oddly she, like Irish-born Catherine Sikora, plays with a very warm tone yet no vibrato (except once in a rare moment as terminal vibrato at the end of a phrase). This isn’t as easy to do as it sounds. With One for Laika we return to the quirky sort of upbeat compositions previously heard, and here it is bassist Spallati who is first up with a solo. Patrick Braun then comes flying in on tenor sax with a really wild solo, apparently combining Coltrane with Pharoah Sanders; then the rhythm turns stiff again as clarinet and piano fight their way through a musical duel to weirdness. (Neither one wins, but it’s fun to listen to the battle.) The tempo relaxes as the trombone and reeds play slithering figures in the background and the music then picks up its quirky pace.

The finale, Song in Orange, begins as a sort of jumpy waltz, again with the top line being stretched out unevenly over the rhythm. Saito’s vibes play first, followed by the trombone before we return to the ensemble.

This is an absolutely superb album in every way: conception, scoring, execution and solos. I simply cannot praise it highly enough.