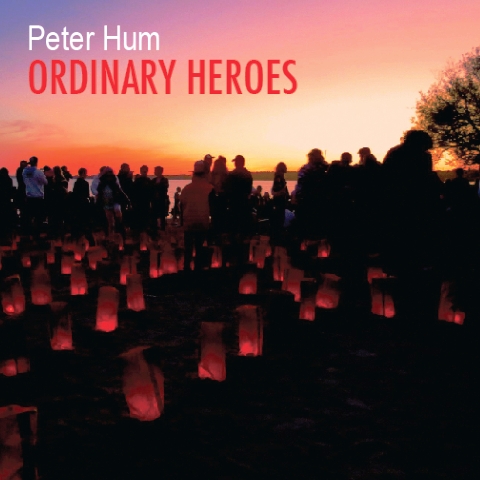 This CD, due for release on March 6, is yet another of those “message” albums that certain jazz musicians apparently feel compelled to issue nowadays. This one, according to the publicity sheets I received, is a response to “the social and political tumult of our times,” but if the title of one track, Fake News Blues, is any indication, I think that Hum, who is also a journalist, recognizes the havoc and separation of the public that an ideologically-driven media causes in our modern world. On the other hand, the onesheet also offers “consolation and strength to progressive-minded people recoiling at the rise of Trump and Trumpism.”

Now, let me set the record straight for you. Donald Trump is a complete social liberal. He has not only fought but won major battles for blacks, Hispanics and women. Prior to becoming president, he won two NAACP awards for his open-mindedness in hiring minorities. He is the only president who drafted and pushed through real prison reform, an issue the Democrats have been talking about for 20 years. He is the only president to have actually begun building a wall on our Southern border, something his opponents were screaming for as recently as six years ago. He has passed more environmental protection regulations than any president since the 1970s. He accepts LGBT people, thousands of whom are his supporters. If Peter Hum would like a laundry list of his accomplishments, more than any other president in my lifetime (and I go back as far as Harry Truman), I’d be happy to send it to him or anyone else. The problem, as I mentioned in the opening paragraph, is an ideologically driven media that lies about him day and night. Donald Trump IS an “ordinary hero.” The End.

Happily, the music is for the most part just music, non-ideological and very interesting, and it is on that I will focus.

Like so many pianist-composers, Hum’s music originates from and is rooted in the keyboard. Judging from the opening track, Hum appears to like long if somewhat ambiguous melodic lines, which is fine by me. I sometimes feel a little shortchanged by “tunes” consisting of a couple of bitonal riffs. Hum’s music also swings in its own loping, sometimes irregular manner; there’s a lot of Mingus in his writing, and even some of Mingus in the band’s execution. The lines they play are crisp yet the underlying pulse is fluid and ambiguous. And thankfully, they play real jazz, not rock-influenced hybrids, which I also appreciate.

Most of Crises and Reckoning is ensemble playing. In two passages I felt that the trumpet and tenor sax duo (David Smith and Kenji Omae) were improvising lines, but most of the time they play written parts. Hum has one brief solo that also sounds improvised. In Cassandra, Hum switches to electric piano. This starts off with a more regular pulse and the melodic line is even more attractive and memorable here than in the opening track. Hum gets a really nice solo here, tasteful and swinging if not overwhelmingly original-sounding. Smith also plays a very nice solo, exhibiting a warm tone and excellent control of his instrument, in places sounding a bit like Brownie (Clifford Brown), and interestingly, Omae sounds a bit like Harold Land.

Fake News Blues is a bit quicker and more swinging, almost sounding like a hard bop tune from the late 1950s-early ‘60s. You can really feel Alec Walkington’s bass on this one, too, prodding the soloists—here including the fine guitarist Mike Rud—to give their best.

Nebulous Compensation is a wonderful, swinging piece and a real star turn for guitarist Rud while Rabble Rouser has an odd sort of loping beat, almost like a 12/8, with a slashing top line played by the two horns. Hum has another good solo here on electric piano and Smith a really interesting creation on trumpet, in the second chorus with Hum and the rhythm section driving hard underneath him. Indeed, as the album progressed, I began to note that the tune structures—after the opening number—were designed more to facilitate solo interaction, and it’s really nice to hear a good team of musicians who are able to produce. Omae also produces his best solo of the album on this track, and even drummer Ted Warren gets a turn.

Embers is a relaxed jazz waltz, the melody line more ambiguous and less memorable than some of the others in this set. It is played gently by Rud on guitar in the beginning, then Smith comes in to spell him for two choruses before he returns. On Tears for the Innocent, a tune with a nice, loping beat, the entire band sounds more laid-back and relaxed, and here it is bassist Watts who plays the opening melody. This one also sports an excellent Rud solo.

Spare Hearts is a somewhat quicker jazz waltz, but one with a very gentle, undulating feel about it and an alternating melody in a slow 4. Eventually, however, things heat up, and we eventually reach a very hot trumpet solo with the drums banging away in the background. The rhythm eventually slows down a bit yet again, but this time to provide a funkier beat with the drums banging away behind the tenor sax. Safe Passage opens with an out-of-tempo rhythm behind Rud’s guitar before shifting to a sort of jazz calypso feel. The leader has an excellent piano solo on this one before Smith comes flying in again. Then the music stops, Rud plays an nice little theme, the drums eventually back him up, and he repeats it for a few choruses before the horns come in to double him. The bass shifts the beat again to a slow calypso feel for the ending.

The closer, Ordinary Heroes, opens—like the first track—with some soft piano chords before moving into the somewhat funky tune. We hear from both Rud and Omae on this one, both in fine form.

This is an excellent album which I strongly recommend for the music and strongly warn against its political motivation.