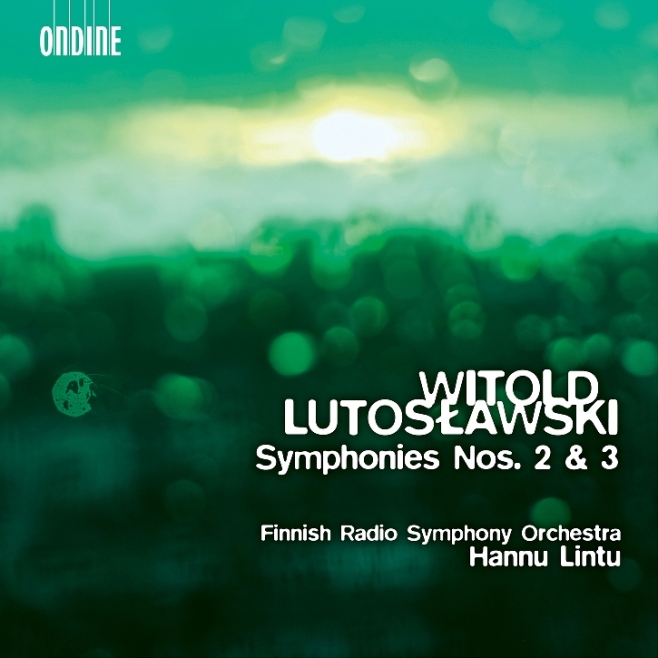 This new release features two of Lutosławski’s symphonies performed by Finnish conductor Hannu Lintu with his regular orchestra, that of the Finnish Radio. For reasons known only to the conductor, they are presented on this CD in reverse order, the Third coming first and the Second after. Many conventional classical buffs would probably argue with my feeling that Penderecki’s music was uglier and more abrasive; surely, much of the music heard here will not thrill or even entice them. But of course, most casual classical listeners don’t know music from a hole in the wall, so this review is not for them. The rest of us can admire the elements of surprise, combined with fine craftsmanship, that make up this music. In the Third Symphony, Lutosławski almost seems to be creating a musical message via allusion and allegory; themes are brief, often aborted and sometimes juxtaposed. The liner notes erroneously attribute some of this to the “political turmoil” in Poland at that time and the Solidarity movement, which the composer said were of little consequence in his writing.

I will say, however, that in some respects I didn’t care a lot for this symphony. It’s not that the writing is too radical to follow so much as it’s simply too fragmented. As fine a conductor as Lintu is, even he could not manage to find any real structure in this score, and I don’t blame him. The symphony has its moments, but I felt that Lutosławski, to paraphrase the title of a very old pop song, was reaching for something but not finding anything there. He keeps putting his hand in and grasping, and he grasps in sometimes interesting ways, but all he comes up with are nothingburgers. Where’s the beef?? This symphony, to my ears, is Lutosławski’s musical equivalent of Alice wandering the hallway of Wonderland, opening doors too small for her to go through and alternately eating cakes and drinking fluids that make her grow larger and smaller in size. Well, perhaps that was the composer’s intent, but if so I’m not buying in completely. As I say, there are some very fine and interesting moments, but fleeting moments of concentrated excellence cannot always be put together to make a symphony, and this is what happens (or doesn’t happen) here. Incidentally, there’s a very prominent piano part in this symphony, yet the pianist is not credited anywhere on the CD or in the booklet. Curiouser and curiouser!

The Second Symphony, dating from 1967, is equally modern in style but, to my ears, a more coherent piece of music. The various motifs and phrases blend into and/or complement one another, and there is more structure to the work—and this despite the title of the first movement, “Hésitant.” For all the pauses and juxtaposed ideas, the music is more coherent. The scoring in this first movement is also lighter, only occasionally sprinkled with percussion and featuring small groups of instruments in almost chamber-orchestra-like writing.

The second movement, “Direct,” is even more tightly structured and lacks the hesitant quality of the first as well as the disjointed feeling of the Third Symphony. The opening is dominated by the basses, playing a slow, rumbling series of overlapping whole notes, leading to a long crescendo in which other instruments of the orchestra engage. At the 2:40 mark, it almost sounds like an orchestra tuning up as the music becomes still louder and, apparently, more chaotic, but eventually an inkling of order sneaks through the cacophony and we reach a passage resembling one of Leif Segerstam’s symphonies. Eventually, we also hear swirling wind figures that almost resemble the explosion of a supernova in the cosmos, and yet the music inexorably marches on its own crazy-quilt pattern. Later on, sharp-edged figures zigzag across the landscape and cross each other. This, I really liked.

A split review then, but not of the performance, only of the music.