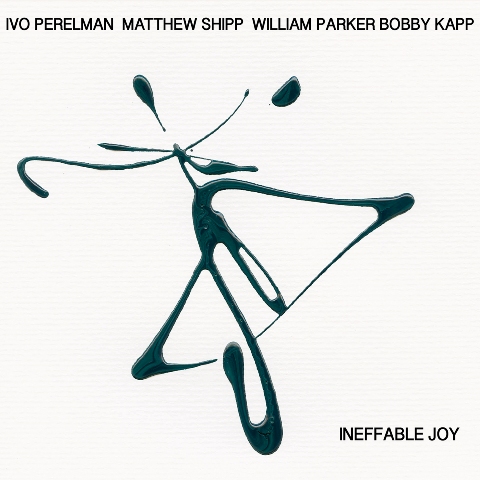 From the notes for this album:

Prolific tenor saxophonist Ivo Perelman wanted to be on ESP, because ESP’s 1967 Gato Barbieri album, In Search of the Mystery, was an important record for Perelman, both being South American tenorists of an avant bent. So it is no coincidence that the drummer on In Search of the Mystery, Bobby Kapp (who’s also on Noah Howard’s second ESP-Disk’, At Judson Hall [1968]), mans the kit for the present album. For that matter, the bassist, William Parker, made his recorded debut on ESP as well, playing on Frank Lowe’s Black Beings (1973). And Perelman has a twenty-three-year/thirty-three-and-counting-albums collaboration with pianist Matthew Shipp, who’s been associated with ESP since 2015. Kapp and Shipp are on Perelman’s 2017 Leo album Tarvos, Parker and Shipp have made multiple albums with Perelman, and this is even the second time out for this quartet, after 2017’s Heptagon (Leo).

In my review of the superb Perelman/Shipp collaboration on Leo Records, Efflorescence, I noted that this duo keeps each other “grounded.” What I mean by this is that Shipp, since he plays an instrument on which chords can be played, feeds Perelman more than just abstract, single-note lines. He feeds him harmony as well, and Perelman responds to this with some of his most structured playing—which is not to say that it is more in the vein of standard jazz, only that since it has structure it is more interesting. Whether due to this facet of Shipp’s playing or just his own proclivities, Perelman often (but not always) plays with a warmer tone and more lyrical style.

Although bassist Parker and drummer Kapp contribute to the overall ambience of each performance, they seem to be more out on a limb than Perelman and Shipp. They are “doing their own thing” almost independently of the Perelman-Shipp duo. This adds an extra element of spontaneity as well as out-of-center rhythms to the already experimental work of the sax-piano duo. In a piece like the title track, which is a fast-paced, atonal exercise in rhythmic and harmonic stasis—for all the energy and fast-moving lines played by Perelman and Shipp, the rhythm almost seems to be counted in 1 and there really is no settled harmony to build on—the results can sound chaotic. It is in moments like these that I wonder what they are really doing other that throwing notes out into the ether in the hopes that some of them will adhere to one another and form some sort of structure. I can accept all sorts of jazz and modern classical music as long as it makes some sense to me. When all it does is create an abstract pattern in which no two notes have any relationship to each other or any other notes, I get restless and subconsciously begin tuning out.

Fortunately, the group gets back on track in Jubilation, where Shipp’s lines, though abstract, reveal some underlying structure, and when Perelman enters he is surprisingly lyrical against this tone-clusterish backdrop. Parker and Kapp revel in this environment, roiling underneath to keep the pressure on the other two, which results in an apex of ominous energy around the 3:45 mark. Perelman and Shipp extricate themselves from this tightly-tied knot of sound to return to a more structured and even lyrical vein, albeit with some frantic outside playing, for the second half.

One critic said of Kapp’s contribution that “he’s very sensitive to time and space. He is dancing at the drum kit,” but if this is dancing he must have three legs and one of them is broken. Yes, I’m just being a bit facetious, but I think you get what I mean. No normal human can dance to these rhythms; they are angular, abstract jazz rhythms. I like them very much most of the time, but dancing? No, not really. To hear a drummer who “danced” at his drum kit, you need to go back to Vic Berton. No other drummer, not even such greats as Chick Webb, Gene Krupa, Buddy Rich, Kenny Clarke or Roy Haynes, really “danced on the drums” the way Berton did (although Clarke came the closest). Berton was the Bojangles Robinson of drummers.

But Parker can, and does, dance occasionally on the bass…listen particularly to Bliss, which he pushes forward with the happy energy of Milt Hinton or Charlie Haden. As much as Perelman plays freaky, outside music on this track, he swings harder and better with Parker behind him. There’s a wonderful synergy between these two and Shipp that you can feel clear down to the ground. In the slower middle section, for a brief period of time, Kapp does “dance” on his drums, but the feeling is fleeting. Kapp rides the cymbals and snare drum behind Shipp’s piano solo, however, to good effect while Parker plays double time. When Perelman re-enters, he is screaming in his upper register. It generates a lot of excitement but, to my ears, sounds a bit out of place by contrast to what he have just heard. It’s almost as if he is trying to shout down a good three-way conversation.

After this uptempo explosion, Elation almost sounds like a ballad, but without the sentiment of one. Shipp’s playing has more “space” between the notes and chords and Perelman responds with some of his most interesting and attractive lines. Parker spaces his notes carefully while Kapp again seems to be in a world, and rhythm, of his own. On this track, it doesn’t quite fit or complement the proceedings, but one can tune it out and focus on the other three-way conversation. (My cat Midnight really liked this track. She’s a jazz kitty and has good taste!) 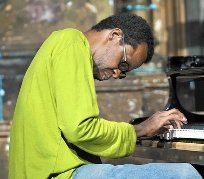 Rejoicing sounds entirely different from any of the preceding tracks, almost like a ragtime piece gone haywire. On this one Kapp does indeed dance on his drums, though again in an asymmetric rhythm that most people couldn’t dance to. Parker plays a brief solo very high up, bowed, on his bass that sounds for all the world like a viola. Shipp slowly but surely breaks up the rhythm so that, by the two-minute mark, we are no longer in a pseudo-ragtime feel, though he returns to it from time to time. (The reader may well assume, correctly, that the more I hear of Matthew Shipp the more I admire his musical acumen. He has a brilliant mind, I would almost say of a genius level.) The tempo slows way down at 4:24 as Kapp takes a drum solo, creating an abstract, non-dance-like pattern that I liked very much.

Exuberance opens with just Perelman and Parker, with the bassist playing an opposing rhythm to the saxist’s lines, yet somehow they come together. By 1:26, Shipp and Kapp come roaring in behind them to create a sort of steamroller of sound. Perelman plays a sequence of two-note flutters on his horn before proceeding in a more linear fashion. Shipp plays his solo at a slower pace, pulling the music into an entirely different tempo and feel, but at 5:25 he suddenly doubles it just before Perelman returns, and the ensuing two choruses have a hectic feel to them. The piece, and the album, ends suddenly on an open fifth.

This is quite a ride, but despite my few misgivings listed above I liked most of it very much. Another triumph for the Perelman-Shipp duo.