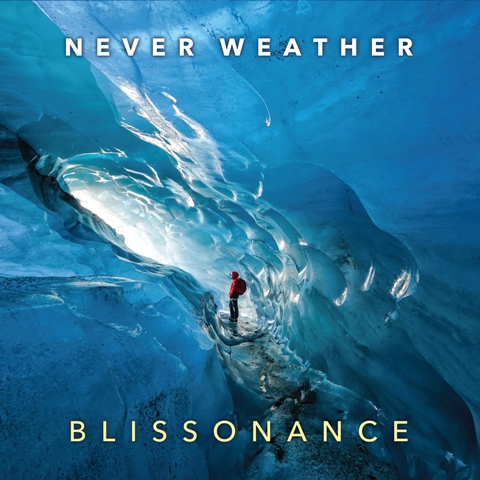 The only clue to this album’s title comes in the brief liner notes, which claims that Blissonance is “When an otherwise blissful experience in nature is wedded to or disrupted by the recognition that one is having an adverse impact on the place they are enjoying being there.” Which to me suggests someone enjoying a pristine beach by dumping sandwich wrappings and beer cans on it, or perhaps mountain climbing by using dynamite caps to blow hand holes in the mountain as they ascend. If not, I’m in the dark as to the meaning of the word.

But the music in this album, due for release on January 17, 2020, is excellent. Part of it, like the opening number, has a bop feel except with irregular tempo that constantly shifts. As is often the case nowadays, the only element in the band that I object to is the occasional rock-styled guitar playing of Justin Rock (aptly named!) which muddies up the generally clear textures. I was especially impressed by Josh D. Reed’s crisp, imaginative trumpet solo, which seemed to combine the inner logic of a Clifford Brown with an imaginative use of chromatic harmony. I also liked how, when Reed ended his solo on a sustained A-flat, alto saxist Wolf entered on the same note, briefly holding it with the trumpet before taking off on his own solo.  The guitar and bass fell away at this point, leaving only drummer-leader Vado to play behind him. The rest of the band re-entered for the finale.

Transient and Mask, played with no break as a continuous piece, is a very nice ballad with an interesting line, initially played by Reed, sometimes a cappella and sometimes with the rhythm section beneath him. On this piece, Rock plays a more appropriate guitar style, mostly in short phrases or in support of Reed’s solo. Wolf has a very nice solo in 3/4 time that is slowed down and broken up in rhythm for an amorphous section played only by him and Rock. There’s a certain Mingus-like feel to this composition as it develops, particularly in the free-rhythm passage played by the trumpet and alto sax in unison over the ever-shifting rhythm. It ends on a resolved chord.

Rock’s There is No Secret returns the guitarist to a rock style, but at least it’s not screaming guitar. Trumpet and alto sax play quirky, circular figures in and around the rhythm section before playing the brief but quirky melodic line around the 1:20 mark (it almost sounds Celtic in character, like a clog dance for a dancer who can’t keep time). Much of this belongs to the guitarist, however. (What can I say? I don’t want to hear rock-styled guitar in jazz. Period. I eventually just stopped this track in the middle and skipped to the next one.)

Resolute, another slow number, is a brief but a dolorous bass solo. This leads directly into the title track, which starts with soft drums before leading into a sustained bass drone on a low B as the guitar plays some fills and chords, later joined by the trumpet and alto playing in unison, first just sustained notes but then moving into something of a melodic line. The tempo then suddenly gears up to a fairly rapid pace, albeit with (God help us!) another rock beat, this time generated by the leader on drums. Reed plays an excellent trumpet solo, although it does devolve into screaming. I skipped the rock guitar, thank you very much.

Medium, which immediately follows, is played with a gentler touch on the guitar by Rock, followed by Wolf’s alto playing what I suppose passes for a melody. Always Setting is another slow piece, again beginning with solo bass. A sort of water sound is heard behind him after a while in addition to cowbells played by the leader. Rock plays a softer styled guitar on this one, but to be honest, I didn’t “get” this piece at all. In one ear and out the other…background music to nothing in particular, at least until Reed comes in at the halfway mark to play an excellent solo. But the piece goes on too long and says very little.

No Grasp begins with the band sounding as if they were playing on a little transistor radio, after which the sound becomes more forward but muddier. A trumpet fanfare, however, kick starts them on their way, but this turns out to be a sound loop that doesn’t really go anywhere. A bit of a musical joke, then, and a fairly witty (if dry) one. This, too, blends skillfully into Mortique, which comes across as a development and expansion of No Grasp, with interesting development and form. Towards the end, another rock beat from the drums, mercifully brief.

Bring Back the Color begins as a sort of jazz samba played by guitar and drums. The tempo picks up at 1:34, by which time the horns have entered and things have changed and begun moving. Eventually we move into a fascinating, irregular rhythm, with Vado merrily banging away on his drums as Wolf plays an excellent alto solo and Rock strums in the background. Both tempo and intensity increase as we head to the finish line.

The album ends with Thelonious Monk’s Introspection, which opens with a crisp trumpet solo before moving into Monk’s tune, played with some vigor. Rock behaves himself here and sticks to a jazz-oriented guitar style. The band stops and starts Monk’s tune several times, pausing the tempo in between. Then—it just stops.