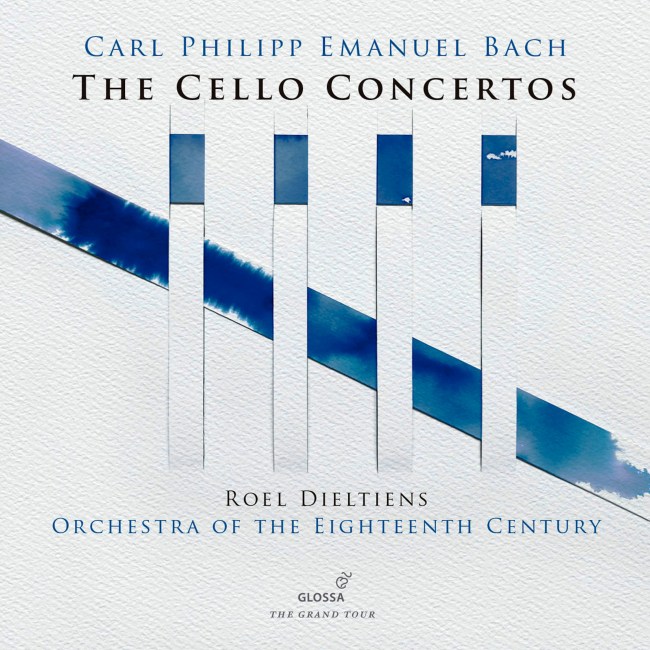 My regular readers are aware that I don’t review many new recordings of Baroque, Classical or early Romantic repertoire because the historically-informed-historical crowd has literally ruined my listening by imposing their across-the-board—and historically unsupported—religion of constant straight tone, but my admiration for the music of C.P.E. Bach led me to investigate this new release, and all things considered, it’s excellent.

To reiterate what I’ve been saying for more than 30 years now, the best string players of the 18th and 19th centuries—not the losers who played in municipal orchestras—never played with constant straight tone. They used straight tone in the fast passages because trying to create vibrato and playing quickly was too difficult. But they most certainly did use a light vibrato on sustained notes. So too did singers; they had no choice, because no one can drain the voice of vibrato and still sustain a well-nourished tone. Try it yourself if you think I’m exaggerating. And writer after writer after writer in the 18th century insisted, time and again, that the best instrumentalists of their day imitated the great singers. In addition, both instrumentalists and singers in the 18th and 19th centuries used portamento to go from note to note, particularly in slow passages, because it was considered expressive. Moreover, many singers and players approached their trills from the note above, not the note below. But of course such things are just not done nowadays, so the historically-informed crowd omits portamento and approaching trills from above in both vocal and instrumental music, thus eliminating one of the things that helped make music expressive in that era.

On this recording, Belgian cellist Roel Dieltiens adheres strictly to the false religion of consistent straight tone, and that is a shame because it makes his instrument—ironically, built in 1999—sound hollow at times. But—and this is important—he compensates for this defect by playing with great expression within the limitations he has set for himself. Indeed, I found his playing more expressive than that of the late Anner Bylsma, whose performances of these concerti I have on CD conducted by Gustav Leonhardt with the Orchestra of the Age of Enlightenment. In addition, Dieltiens, who is also a composer, plays here simply extraordinary cadenzas that fit the music and are interesting in their own right.

As for his accompaniment, I simply can’t say enough about the Orchestra of the 18th Century. For a 12-piece string band with harpsichord, they play with an astonishingly rich sound; in fact, whatever they’re doing they seem to be doing right, because I found their sound richer and more attractive than that of Leonhardt’s Age of Enlightenment Orchestra. Perhaps microphone placement had something to do with it, but whatever the reason the results are spectacular. But sheer sound is not all they have to offer. They also play with a wonderful control of dynamics, which makes their performances sound almost modern (yes, I know, heaven perish the thought). I made an A-B comparison between the last movement of the Concerto in A, Wq 172, and there was really no contest. The 18th Century Orchestra had much more sheen and sounded far more involved in the music, and Dieltiens’ playing, though a little rougher in timbre than Bylsma’s, had much more character and a livelier sense of rhythm.

From a musical standpoint, it has always surprised me that the first movement of the Concerto in Bb, which followed the one in A by a year, has a much more conventional sound that its predecessor. Who knows? Maybe the A minor concerto didn’t go over too well with audiences and Carl was asked to cool his jets a little when writing the sequel. It’s still good music, of course, but the daring harmonies we associate with his scores are absent here. Yet this is exactly the kind of music that shows how good these musicians are, because they still hold our interest despite the much more conventional progression. There’s a particularly tricks passage for the solo cellist around the 3:50 mark that Dieltiens handles particularly well, and by that I don’t just mean that he plays it without a hitch—most cellists do—but rather than he makes it stand out without exaggerating the notes or the rhythm. That is the mark of a real artist and not just a technician. Nonetheless, despite a few interesting key shifts, this movement is fairly conservative, sounding like a cross between Handel and Mozart. The second movement is equally conservative harmonically, but here Bach uses his unusual metric accents to liven things up and the solo cello part is really very expressive, almost Romantic in feel and scope.

The A major concerto is also more conservative than the one in A minor, but not as much as the one the middle. This piece still has what I would call the C.P.E. Bach “fingerprint” on it, particularly in the strangely terraced dynamics in which he would explode a couple of notes loudly, then drop down to a whisper for the third and fourth. And, as I mentioned earlier in this review, Dieltiens plays very expressively indeed. There’s also a strange “spaciness” in the way the orchestra performs the second movement, as if the music were floating across the ether without any forward push.

An excellent release, then. This recording will supplant the Bylsma version in my collection.