Before we begin this review proper, a bit of history for those who may not know (which is probably most opera-lovers under the age of 50).

Cetra Records was an Italian label founded in the 1930s. One of their very first releases was the first complete recording of Puccini’s Turandot, with Gina Cigna, Magda Olivero and Francesco Merli. The conducting was a bit on the sluggish side but no one could fault the singing, even today. They soon followed this up with a complete Norma featuring Cigna and, a few years later, an excellent Lucia di Lammermoor starring American expatriate soprano Lina Pagliughi, then an excellent La Forza del Destino in which they swiped EMI’s star Italian soprano, Maria Caniglia, adding the excellent tenor Galliano Masini and the then-young baritone Carlo Tagliabue. After the war, around 1951, they again began issuing complete operas starring some of the biggest names then singing in Italy, among them sopranos Caterina Mancini and Maria Callas (the latter on both La Traviata and La Gioconda), tenors Giacomo Lauri-Volpi, Gianni Poggi and Ferruccio Tagliavini, baritones Giuseppe Taddei and Paolo Silveri, basso Giulio Neri, and several good conductors including Antonino Votto and Angelo Questa. They seem to have stopped around 1956, the year of this Mefistofele, meaning that they just missed the years of all-stereo recordings, but resumed again around 1959 with a new batch of Italian talent such as the young soprano Renata Scotto and baritone Ettore Bastianini.

Then, sometime in the early 1960s, all of their older mono opera recordings were bought out by Sam Weiler, the owner of Everest Records in the U.S. Everest was a weird label, starting out as a premium classical label that produced some of the most stunning stereo classical recordings of all time. These were made not by using conventional reel-to-reel tape but rather 35mm film, producing the same kind of stunning stereo sound you’d hear in a movie theater. But for whatever reason—probably expense—Weiler stopped making the 35mm stereo recordings in the early 1960s, and it was about this time that he bought the rights to reissue not only the old Cetra opera catalog but also the old mono recordings of the New York Pro Musica and particularly their star countertenor, Russell Oberlin, that were made for Lyrichord and Experiences Anonymes. But Weiler wasn’t content to reissue them in their original mono sound. Oh, no; he just had to release them as electronically “enhanced” stereo, and the results were absolutely horrific. The muddiness of the original mono LPs was retained, but he put them through some kind of weird filtering, in some of which he would delay one of the channels to produce a reverb that never existed in nature. The result was that all of these singers I mentioned above sounded weird or worse; and Weiler then boosted the treble on some of them to make the sopranos and tenors scream in your ear as their electronically modified voices bounced off the walls. Poor opera lovers bought them because they were cheap (normally around $1.50 per LP, sometimes cheaper if San Goody’s was having a sale). But you got what you paid for, and Weiler didn’t care that his product sounded like shit. He got the rights for a song and was raking the money in without having to pay no stinkin’ royalties.

As a result of all this, however, most serious opera lovers made a point of ignoring all the Cetra complete operas except for the two by Callas, and with time they were relegated to the scrap-heap of obscurity…until Warner Classics bought the rights to the original tapes a few years ago, and began reissuing them on CD in their original mono incarnations.

Not all of the Cetra complete operas are as good as this one, but make no mistake: this is the best performance of Mefistofele taken from a studio recording. In June of last year I gave great praise—excepting Mario del Monaco’s brutish, overloud Faust—to the early stereo recording of this opera conducted by Tullio Serafin. But this one is better in every way except sonics; in fact, better than any of the stereo or digital recordings of this work. 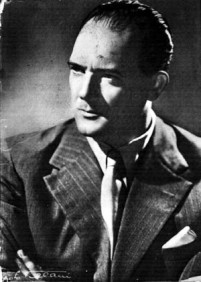 I’ll grant you that Giulio Neri’s Mefistofele is not as finely detailed or as subtle as Cesare Siepi’s, but then again, neither is anyone else’s. Neri had a huge, dark, black-sounding bass, the finest of its kind from Italy since the days of Francesco Navarini (look him up), and while he’s not as subtle as Siepi he doesn’t snarl all the time as Samuel Ramey did. His only flaw is that he does not do the whistling in “Son lo spirito che nega”; don’t ask me why. I would assume that perhaps Neri couldn’t whistle, but why not just dub in a Professional Whistler? I also admit that Marcella Pobbe, an outstanding lyric soprano whose voice sounded like a slightly more mature version of Mirella Freni, does not get under the skin of “L’altra notte” as well as Renata Tebaldi did under Serafin, but again, neither does anyone else, and Pobbe’s contribution is just fine.

But what sets this recording apart from all the others are the meltingly beautiful Faust of Ferruccio Tagliavini and the excellent conducting of Angelo Questa, both of them better than del Monaco or Serafin on the old Decca set, and when you add it all together this is unquestionably a great performance…particularly more convincing in the Helen of Troy sequence than anyone else’s, among other wonderful things.

You can’t make a silk purse out of a sow’s ear, as the saying goes, and since this recording was made in the empty halls of Radio Turin you naturally have more natural reverb than in the later stereo studio recordings, but in a certain sense this actually helps enhance the mythical atmosphere of Goethe’s story, just as the similar reverb on the 1937 Turandot helped that as well.

Choosing between the Warner Classics and Urania version of this release is like deciding if you like your toast buttered on the near side or the far side. There’s no real difference. The Warner cover, a copy of the original Cetra release, is considerably more garish but in my opinion way cooler than the blah Urania cover with a picture of Nobody the Woman on it. Either way, this is now my genuinely preferred version of Mefistofele. Go for it!