For someone of my age group, it seems like only yesterday that the “operatic twins” Pagliacci and Cavalleria Rusticana formed a near-perennial double bill in the opera houses of the world, but time and political correctness have split them asunder for some time now. And this is for the better, I think, because neither of them really have music so substantive that they can withstand annual hearings multiple times.

Of the two, Leoncavallo’s opera is the one that was always deemed the more theatrically effective (particularly the last scene with its commedia dell’arte imitation) whereas Mascagni’s was deemed the more musical and well-written, but of course this is relative. In terms of musical sophistication, Mascagni’s L’Amico Fritz is the better opera, but Cav is the more gut-wrenching story. In retrospect, one understands why Lola was looking for a little love outside of her marriage to the brutish muleteer Alfio, but to think that the town Casanova would be the one to be faithful to her was surely a pipe dream. Moreover, it was equally inevitable that Alfio would kill Turiddu once he found out, so where’s the surprise there? Yet there is some effective music in the opera, pride of place going to the extended Santuzza-Turiddu duet which I still think is the best piece in the entire opera.

In this new recording from Dynamic we see how the digital age has sped up the process of recording and issuing complete operas. Here we have a live performance from the Maggio Musicale Fiorentino recorded in February and issued on CD in June. That’s FAST! But of course the proof of the pudding is in the eating, so they say, thus I was skeptical about the musical results until I heard it.

Let’s get the negatives out of the way first. Baritone Devid Cecconi has an appropriately dark tone for Alfio but, in his entrance aria, an inappropriately uneven vibrato (read: flutter or wobble) that mars his delivery, but so do a lot of other Alfios whose names happen not to be Robert Merrill, Ettore Bastianini or Pablo Elvira, and at least Cecconi’s voice straightens out its unnerving flutter in time for his big duet with Santuzza. Soprano Marina Ogli also has a flutter, one with more space between the flutters, but her part is brief and doesn’t matter much.

Some listeners will also surely object to the rapid vibrato of Greek soprano Alexia Voulgaridou as Santuzza, but to my ears it is no more objectionable than that of many an Italian Santuzza of the past, i.e. Lina Bruna-Rasa who is in my view the most intense interpreter of this role on records. Unfortunately, both of Bruna-Rasa’s surviving recordings of this opera were conducted by Mascagni himself in old age, and in his latter years the composer tended to drag his own music out beyond acceptable limits. Voulgaridou’s performance is also very well nuanced in places, something you would not expect of a Santuzza.

Valerio Galli, a name unknown to me, is a relatively young (I’d say mid-‘30s to judge from his photo) man born in Viareggio who directs the Florence May Festival. His conducting lacks a little of the frisson one got in the past from such maestri as Fausto Cleva or James Levine, but he still leads a musically accurate, taut performance. None of his singers hang onto their high notes until they run out of breath, thank God, and he pulls the musical structure together quite well. 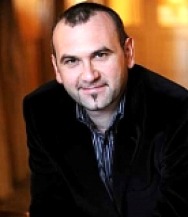 And now the best news: tenor Angelo Villari is a real find, a singer with a bright, gleaming tone who does not force his tones. His singing reminded me of Harry Theyard in the role. He sounds like the arrogant hotshot that Turiddu thinks he is, and his duet with Santuzza strikes sparks that I haven’t heard since the 1959 Met performance with Giulietta Simionato and Jussi Björling. (And believe me, folks, that was SOME performance of the duet.)

In fact, it is the theatrical feeling of this whole enterprise that, for me, puts it over the top of any recording of the opera I’ve heard. Yes, Bruna Rasa and Beniamino Gigli were a dream team in the 1940 recording, but Mascagni’s sluggish tempi were painful to hear. Björling and Ettore Bastianini were superb as Turiddu and Alfio in the 1957 recording, but Alberto Erede was himself a bit sluggish and Renata Tebaldi was about as exciting as a lump of Swiss cheese. Renata Scotto and Pablo Elvira were wonderful in the 1970s recording led by James Levine, but then you got stuck with the strained, muddy-sounding tenor of Placido Domingo. So, on balance, this is now my favorite recording of Cavalleria.

There are many nice touches in this performance, such as the long, slow crescendo that Galli achieves in “Ineggiam, il Signor non è morto,” and I was both astonished and pleased that the audience did not applaud at the end of “Voi lo sapete,” because it is much more theatrically effective when the music moves without a pause into the duet with Turiddu. In addition, this performance of the Santuzza-Alfio duet “Turiddu mi tolse l’onore” is the most exciting I’ve ever heard, bar none.

And, as a final compliment, WOW has the Florence May Festival chorus and orchestra improved over the years. Just turn back the clock to that Tebaldi-Björling recording to hear how scrappy they were in 1957. Here, they are world class, and that’s saying quite a lot. Give some credit to Galli for that.

Enough said, I think. This is a surprisingly great Cavalleria Rusticana, well worthy of your attention and purchase.