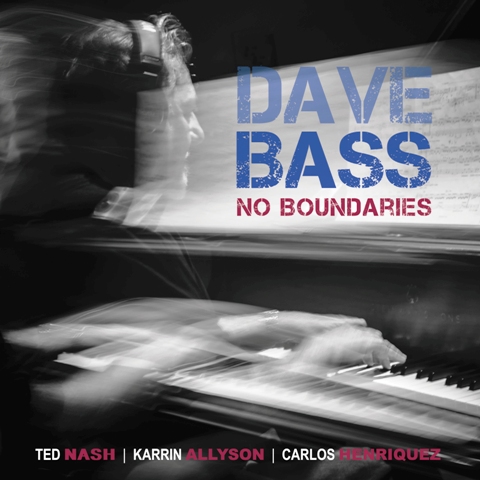 Some jazz musicians, having career problems, temporarily turn to other occupations to make some bread. Charles Mingus worked for the post office for a few years in the early 1950s. Doug Mettome went into carpentry and remodeling. Mel Tormé actually applied for and got a pilot’s license at one point because he was seriously thinking of giving up his career to fly planes.

Pianist Dave Bass’ story is even more unusual. He was Attorney General of the Socialist State of California until 2015, but has now returned to the jazz world with this neat little quartet (some member of which play several instruments, and a couple of which are revolved here with fill-ins in the percussion section). This is his third album since his comeback and second on the Whaling City Sound label. And they’re REALLY good! I was especially impressed by their snappy arrangement and performance of Lennie’s Pennies, which sounds for all the world like a track from the early 1950s post-bop/early cool school. Ted Nash plays alto sax in the opening but then switches to flute for the remainder of the track, sometimes in unison with Bass, whose pianism is just splendid. This is followed by the slow Latin-tinged Spy Movie End Credits, here with Nash on tenor. The highlight here is Carlos Henriquez’ bowed bass solo, which is followed by a leisurely-yet-tasteful piano solo by Bass.

Agenbite of Inwit (whatever that means) is an uptempo romp in the same style as the opener, except that it’s in the minor instead of the major. Nash is back on alto here with a smooth, nifty solo that flies through the changes like a hot knife through butter. When Bass enters, he starts his solo with the last few notes played by Nash, a nice touch. The Rodgers and Hammerstein tune If I Loved You, seldom the subject of a jazz treatment (most jazz musicians prefer Rodgers’ hipper, more interesting songs that he wrote with Lorenz Hart), is also given a slow Latin beat. Vocalist Karrin Allyson, one of those whispery lounge singers who pretend to be jazz artists, does the insipid vocal. This one I could have lived without. I skipped it after about a minute and a half. Yukh!

Fortunately, the all-Latin La Mulata Rumbera is up next, cleansing our ears of Allyson’s unctuous vocal, but as is often the case with Latin jazz, it sounds like 1,000 other Latin tunes, nothing really distinguishable about it until the solos begin. Bass throws in some quotes from de Falla’s Ritual Fire Dance in his solo, a nice touch. Nash’s flute solo is really hip here, too, and the Latin percussionists fill in nicely. Tango Adagio fits its title, being a tango taken at an extremely slow pace, with another bowed bass solo by Henriquez and here featuring Nash on the bass flute. It ends on an unresolved chord.

Allyson is back on Time of My Life, but she sings out more here and swings a bit, so she didn’t annoy me quite as much. Another bass solo here, this one plucked, before the leader comes back in for his turn at the keyboard. We also get a nice little chase chorus between Nash and drummer Jennings. Then they jazz up Ernesto Lecuona’s old hit tune Siboney, to good effect; Bass’s solo here is a gem, and Nash is splendid on soprano sax. We’re back to a Latin groove on Neither Have I Wings, with Nash sounding a lot like Stan Getz here and another fine bass solo. Danzon #1, a fairly innocuous tune, is also a Latin piece. Oddly, however, Nash’s clarinet solo here almost gives it a klezmer flavor.

We return to the cool-bop axis with the hip little tune titled Swing Theory. Nash is back on flute here, and in stating the melody Henriquez often doubles his line on bass, a nice touch. Bass plays a subtle but tasteful single-note solo, following which we get a bass break and then a flute solo from Nash. In the Rain starts out, appropriately, with rain sounds, followed by Nash playing the theme on clarinet with piano and bass underpinning. Bass plays some nice basso continuo phrases underneath him.

The catchy, upbeat Hallucinations is the closer, and this focuses on Bass and his trio to the exclusion of the others. He takes the simple theme and builds and builds on it like a master.

My sole complaint is that there are NO composer credits for any of the songs on this album, thus I had to go scrambling around the Internet trying to find out who wrote most of these songs (I already knew who wrote Lennie’s Pennies, If I Loved You and Siboney, but the rest were a mystery to me).