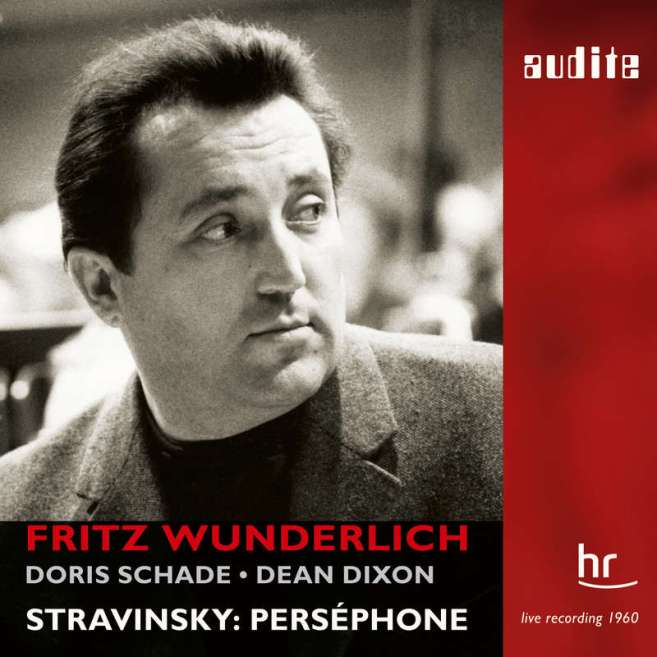 For most collectors—and for the issuing company of this CD, Audite—this is the Fritz Wunderlich Perséphone, but for me it is the Dean Dixon Perséphone because, without his impetus in programming this work and choosing Wunderlich as his tenor soloist, it frankly wouldn’t even exist.

More to the point, it is a rare example of Dixon on record conducting Stravinsky. The ill-fated conductor was so good that Toscanini invited him to guest-conduct his NBC Symphony Orchestra in 1941 and Eugene Ormandy had him conduct the Philadelphia Orchestra later that decade but fought racial prejudice all his life. Technically speaking, Dixon was not African-American because his ancestors came from the Caribbean, not Africa, but in the racially divided America of his time it didn’t matter. Too many doors were closed to him, thus he left the United States for Israel in 1949, where he directed the Philharmonic Orchestra there in the 1950 and ’51 seasons. He then became principal conductor of the Gothenberg Symphony from 1953-1960 and the Hessian or simply hr-Sinfonieorchester in Frankfurt from 1961 to 1974. I remember him best from his work with the New York Philharmonic and the Chicago, Pittsburgh and San Francisco Symphony Orchestras in the 1970s and always found his work to be top-notch both technically and emotionally. He died unexpectedly at age 61 in 1976. 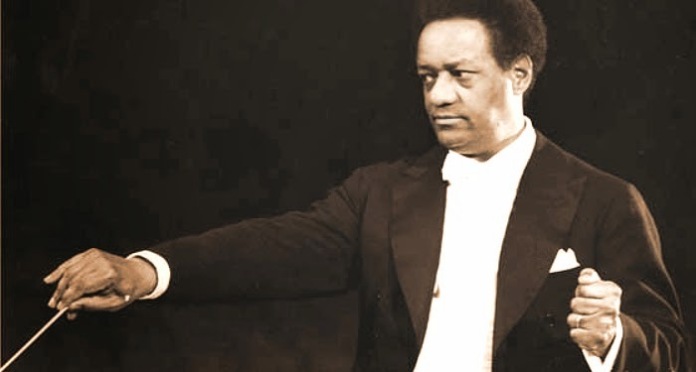 One of the striking things about this performance is its “rounder,” more fluid phrasing. Dixon avoids the more angular approach of such conductors as Kent Nagano and Esa-Pekka Salonen, both of whose recordings (in the original French) I admire. In this respect he is closer to the way Leopold Stokowski performed Stravinsky, yet he does not shy away from the big climaxes and angular rhythms when they appear.

Doris Schade was a well-known German actress who continued to appear in shows on German television into her early 80s, and her reading of the narration here is absolutely superb. So too is Wunderlich’s singing. Despite its being a “wrong language” performance, I cannot think of any other tenor in any other recording or performance of this work who sings nearly as well. His voice, particularly at this stage of his career, rings out with golden purity and beauty of tone, and he gives his all.

The recording has typical German radio sound quality, clear and full but a trifle dry, but no matter. Whatever other recording you may have of Perséphone in French, this performance is a must-have. It is unique in so many ways.