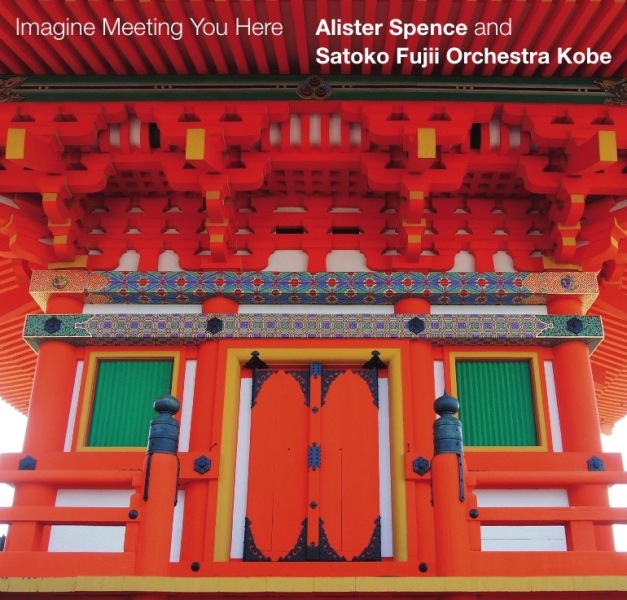 My regular readers know that I do indeed enjoy a certain amount of avant-garde or free jazz but not a lot. As in the case of modern/avant-garde classical, my criteria are quite specific. The music thus produced MUST have a grounding in some sort of musical form that is discernible to the ear; it can occasionally shriek and scream, but not consistently so; it must make sense; it must be, for me, emotionally moving as well as intellectually interesting; and it must have minimal or NO electronics. I do not consider electronic sounds to be music, no matter how “logical” they are, unless your name is Clara Rockmore and you’re playing the Theremin, or a trained artist playing the Ondes Martenot (an instrument which, oddly, I’ve never heard in any jazz orchestra, ever). Music that is so experimental that it’s formless and/or chaotic is not, in my view, music, and thus I refuse to review a great number of modern pieces in both genres.

When I was growing up, the mere idea of jazz musicians and composers being in the academic world was considered taboo if not merely radical. We have three people to thank for changing this: Stan Kenton (the pioneer, and one not thanked or appreciated nearly as often as he should be), Gunther Schuller (who is thanked and appreciated far beyond his actual achievements in the field merely because he had the biggest mouth and the largest reputation) and George Russell (who was really only recognized for his genius in the last 15 or so years of his life, despite decades of groundbreaking work). But now we have any number of jazz musicians and composers who use their academic creds as leverage to promote themselves, and to be perfectly honest, only about 10% are really good or original enough to be lauded for their work divorced of their academic degrees. Four of the greatest jazz geniuses I have encountered in recent years are Swiss-born saxist-composer Daniel Schnyder, pianist-composers Vijay Iyer and Aruán Ortiz and singer-composer-arranger Sophie Dunér. I have been in touch with three of them via email, and am privileged to consider Dunér a good friend and Schnyder a wonderful acquaintance. Ortiz I interviewed once via email but only through a third party.

Alister Spence is yet another conservatory-trained jazz composer who developed the idea for this album as part of his doctoral PhD in creative practice (music composition), then contacted Satoko Fujii with the idea of having her working jazz orchestra perform it. She agreed, and thus this album was born. Without knowing the scores, it’s difficult to say exactly how much of this music is written and how much is improvised, although Fujii generally encourages the latter in her players. Thus the bamboo flute or shakuhachi heard in the opening could be written or improvised, but as the music progresses over a basic A major chord the rather interesting and dense orchestral textures, in which brass and reeds are mixed in an unusual way, are obviously through-composed. At 3:54 into the first piece, the harmonies become more Dave Brubeck-like, shifting and morphing beneath the repeated trumpet figure which gradually increases in volume. Thus the harmonic movement becomes, in Imagine, the driving force of the work, which is melodically related to minimalism. It is indeed fascinating and hypnotic. At 5:55 the melodic figure changes as the trombones give way to the trumpets and then to the higher reeds, playing quasi-bop figures with (I think) the guitar. A full-volume trumpet solo emerges, clearly improvised like a sort of avant-garde Dizzy Gillespie (a touch I found quite interesting in such obviously experimental music). Wild, outside figures played by the alto, tenor and baritone saxes then weave their way around the trumpet—and yet, it all makes sense and complements the more static music which preceded it.

Meeting begins with the band chanting unintelligible syllables over a strong drum beat in 5/4 with highly rhythmic figures played bitonally by the lower reeds and trumpets while pianist Fujii improvises outside figures around it all. Here, it is only her playing that seems (at least for a while) out of place in the logical structure of the work, but this is a part of her risk-taking style. The heavy repeated rhythmic figures played by the tenor and baritone saxes become almost manic and violent in nature; this is clearly not a happy meeting! It almost sounds like the soundtrack to an Antifa attack on unsuspecting citizens, beating them with clubs and bike locks. Some a cappella squealing is heard from the reeds in counterpoint to one another in the middle section before the saxes, now joined by the trombones, return with more varied and interesting, but no less ominous-sounding, figures. More extemporé outside figures are played, this time by solo trombone, tenor sax and baritone sax, which then fade into oblivion.

You returns to the kind of edgy lyricism of the opening track. The promotional sheet for this album tells us that “the full ensemble is divided into four autonomous units, each with its own conductor-performer, that overlap group entries and exits until they all come back together at the end.” With its sliding portamento reed figures, the opening portion almost sounds like one of Toshiko Akiyoshi’s more experimental works, but the dark, edgy figures that follow, with the trombone playing odd, triple-tongued figures in a fluttering style above them, are clearly in a different universe. This one has almost no discernible pulse at all, but again increases in tempo and becomes chaotic (in an interesting way) towards the end (though I didn’t really appreciate the noisy police whistle that came in around 6:20).

Here (Part 4) opens with a bass solo, moves into a “wall of sound” in which the trumpets and high reeds play together as a unit, then develops a funky jazz beat that moves things into a slightly less ominous mood. Parts of the melodic line reminded me of some of the very earliest (late-1960s) “fusion” experiments by Don Ellis, Al Kooper and early Blood, Sweat & Tears, although Spence’s continued reliance on downward-moving figures and minor mode chromatics maintained its dour edginess. Fujii’s piano solo here, however, is superb, rhythmic and pulling the musical elements together with its repetitive “ground bass” sort of figures. The wall of sound returns, this time playing very atonal harmonies before breaking into a more tonally conventional but equally modern-sounding series of rhythmic-melodic figures played by the saxes.

Postscript (Part 5) begins with a quiet, lyrical figure played by the alto and tenor saxes in harmony (mostly thirds) until we hear strange electronic sounds (uh-oh!) in the background (mostly some kind of metallic whine played backwards on a tape…not my thing). Softly grunting figures, like squealing piglets, emerge from the reed players (weird to say the least), but the baritone sax re-establishes a lyrical mood as the cymbals play behind him and other reeds intertwine unusual figures around him. An a cappella orchestral section in which the various instruments play in and around each other using crushed chords then ensues, followed by a louder but more conventionally tonal figure played by mixed brass and reeds (with trombone underpinning), almost a sort of chorale, and it is this figure that leads this section, and the suite as a whole, to its conclusion.

My overall verdict on Imagine Meeting You Here is that the music is very interesting in places, too noisy and chaotic in others, but for the most part has form and substance. It is clearly the kind of suite worth hearing more than once, however much certain elements in it may abrade the listener’s nerves. A little bit of lyrical or at least light-hearted musical relief would have been welcome, but it is clearly a well-thought-out and brilliantly-executed performance.