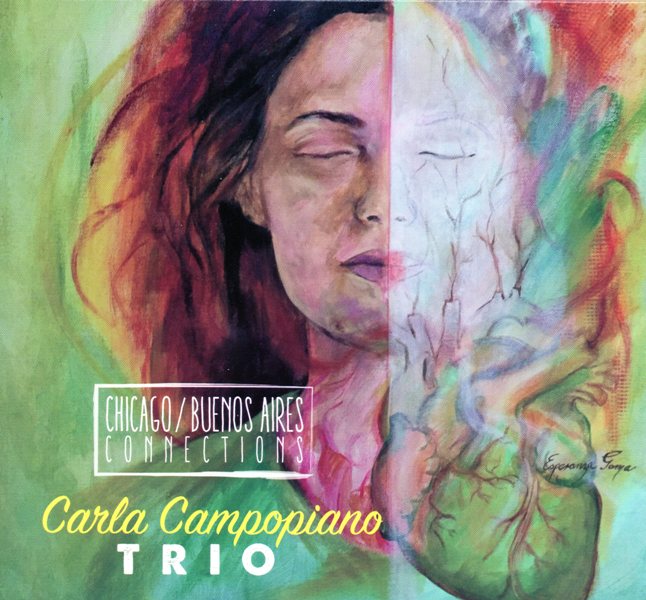 This disc, due for release on December 7, features Argentinean-born jazz flautist Carla Campopiano is a tasteful but very short (17 minutes!) program of six pieces written by Latin composers. The brevity of the album is a shame, because she is a very lively player, as are her accompanying guitarist and percussionist. Moreover, her improvisations, unlike those of many jazz flautists, are classically structured, which is to say they follow formal rules of development rather than going out on a limb jazz-style.

The very forward sound of the recording is also a benefit to capturing her sound and that of her guitarists, Ángel Colacilli and Julián López, both of whom play with a strong attack on acoustic guitars. In Melancólico, Colacilli also does a duo-improvisation with Campopiano, sometimes moving with her in harmony and sometimes playing double-time downward runs to complement her playing.

In Don Agustin Bardi, the interplay between flute and guitar is actually quite exceptional, and here one can actually hear the drummer rather more forward than in the previous two tracks. This becomes a real three-way conversation between them, almost like a Latin counterpart of a Jelly Roll Morton trio session.

La Balada del León is a rare moment of quietude in this set, starting out more as a ballad and retaining a quieter sound profile even when things become more rhythmic, yet no less inventive. In Zita, she is joined by guitarist López rather than Colacilli, who plays what sounds to me like a baritone guitar, providing a deeper sound while Cortiñas bangs away joyously in the background. The finale, Triunfal, is another Piazzola tango, also played with zest and energy by the trio.

I simply can’t recommend this CD highly enough. Short though it is, the performances are high-energy, inventive and exciting. Brava to Ms. Campopiano and her talented colleagues!