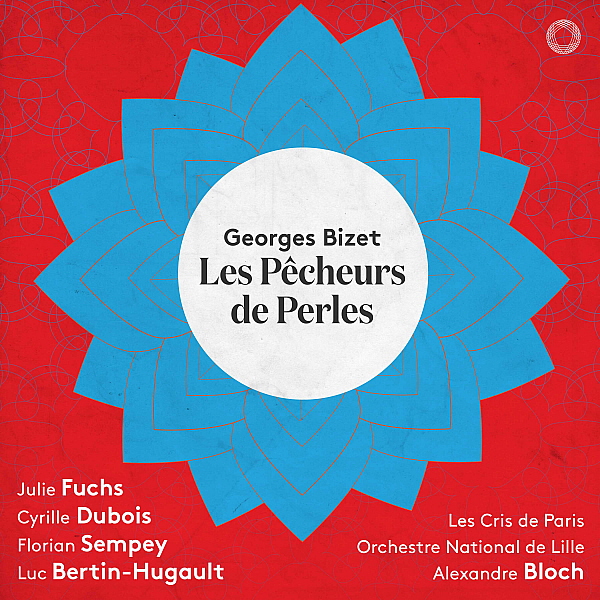 Although I’m not much of a fan of Romantic operas per se, a few just jump out at me because of their exceptional musicality. Meyerbeer’s Les Huguenots, Le Prophète and Robert le Diable are among those, and so is this sweet little opera by Georges Bizet in his pre-Carmen days.

But The Pearl Fishers has not fared very well, on record or in the opera houses. Too often, even nowadays, the score is truncated. When it was done a year or two ago by the Metropolitan, they even chopped out the second half of the actual tenor-baritone duet that Bizet wrote for the opera, instead performing the concert arrangement that most people are familiar with from the old recordings. Even the Nicolai Gedda-Ernest Blanc recording of the 1960s had cuts. And too often, the music is oversung by big voices that lack the delicacy that this music calls for…and is conducted too slowly.

Yet some of this (pre-1975, anyway, when musicologists began taking more of an interest in it) was not always their fault. As the notes point out:

Les pêcheurs de perles has been handed down to posterity in the form of a piano reduction written by Bizet himself. In addition, there is a conductor’s score dating from the time of the first series of performances in 1863, containing various deletions. This manuscript is a so-called violin-conductor’s score, a kind of six-staff particella (= short score) with the main entrances of the brass and strings, as well as relevant instructions on orchestration. The autograph of Les pêcheurs de perles is privately owned and to this day has not been made accessible to the public. Therefore, the conducting score is the most important source for Bizet’s ideas on instrumentation. Why is this information important? Well, after Bizet’s death in 1875, the estate went to his widow, who had little interest in the work of her deceased husband. In addition, in the wake of the success that Carmen was enjoying, Bizet’s publisher Choudens particularly wanted to profit financially from the sale of Bizet’s earlier works, and in 1886 printed a heavily revised score of Les pêcheurs de perles. In the same year, the Italian publisher Sonzogno revived the opera in Milan; this was the beginning of a new series of performances. And finally, in 1893, Léon Carvalho decided to simply make changes to the opera, and to commission additional numbers in line with his own taste. Arrangers not only manipulated the microstructure of the work, but even eliminated or reshuffled entire sections. In addition, Carvalho immediately adapted the end of the work, with Zurga now giving up the ghost. That same year, Choudens based a new edition of his score on this version containing the changes for the worse. And it was mainly on this misshapen version that subsequent performances and recordings of Les pêcheurs de perles were based until 1965.

And now for a little tidbit that may be apocryphal but could also be true. I once heard, from a knowledgeable musician who had talked to a very old man who had some inside information, that Bizet was two-timing his wife and she found out, as did the husband of the woman he was having the affair with. According to him, the husband poisoned Bizet, which led to his early death, and his widow refused an autopsy to cover his tracks. This would also explain why his widow “had little interest in the work of her deceased husband.”

The first complete recording was the one made by Ileana Cotrubas, Alain Vanzo, Roger Soyer and conductor Georges Prêtre for EMI in 1976. This live concert performance (not a staged version) from the Opera de Lille in 2015 goes a bit further, using the latest critical edition which uses the original 1863 score.

Conductor Alexandre Bloch, like Prêtre, leads a very tight, straightforward performance, with little lingering or slow tempi as were often favored in this music, but at times he is a shade more relaxed than Prêtre, which also works to the music’s favor. Another thing in this recording’s favor is the splendid, modern digital sound, even clearer and less afflicted with studio reverb than the EMI studio recording.

But, of course, the real test of any opera recording is not how good the conducting is but how good the singers are, and here Bloch was extremely fortunate to have a first-rate cast to work with. Soprano Julie Fuchs (Leïla) has an absolutely gorgeous voice, touching and sensuous without the occasional odd flutter one heard in Cotrubas’ singing. French baritone Florian Sempey (Zurga) has a slightly “woolly” voice, with the kind of French vibrato that has all but died out in modern singers (but was much in vogue in that country for more than a century), but he is basically a good, solid singer with wonderful expressive qualities. The real surprise and delight of this recording, however, is tenor Cyrille Dubois, who I was completely unfamiliar with. Dubois possesses a light, beautiful voice of the sort that recalls such great French-trained tenors of the past as Louis Cazette or Joseph Rogstschewsky, names probably unfamiliar to any but hardcore vocal record collectors. It is even a lovelier voice than that of Alain Vanzo, the Nadir of the Prêtre recording, and in several places—particularly in the famous duet “Au fond du temple saint”—he sings in a melting half- voice that would be the envy of many a tenor today. This is no small achievement. In addition, despite the concert setting, everyone gives their all, as if they were performing the opera in costume during a staged performance, but without the constant interruptions for applause that often afflict such live performances.

There is some music in this performance that even I hadn’t heard before and, more interestingly, at the conclusion of the tenor aria “Je crois entendre encore,” the last note is taken an octave higher up, as is usually done in concert performances and recordings, and not at the lower pitch one heard in the old Alarie-Simoneau recording from the 1950s OR in the Prêtre recording. But here it is. Right or wrong? Without my actually seeing the newly-revised score, I dunno. And that’s the best answer I can give you. The Leïla-Zurga duet in the third act is sheer perfection, and although I’m not one of those who insist on an all-French cast for French opera, having one here certainly helps in their diction, all of which is, thankfully, clear as a bell.

As with Verdi’s Il Trovatore, the extremely high quality of the music supercedes the flawed and somewhat ridiculous libretto. This is a superb performance and recording, and clearly goes to the top of the list for this opera. The booklet also, believe it or not, includes the complete libretto in both French and English.