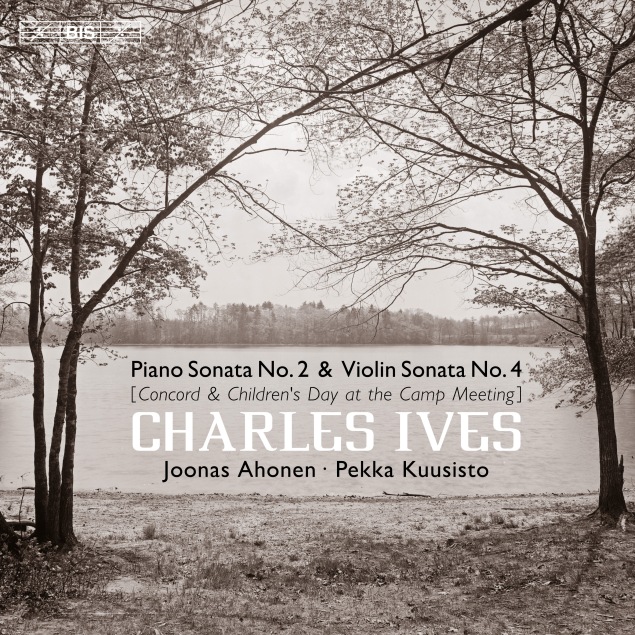 The tendency of modern classical musicians to soften nearly all classical music from the past, to take the “edge” off pieces that were intended to have it, continues apace with this otherwise fine set of performances. Joonas Ahonen is an outstanding pianist, and does not play the “Concord” Sonata in a cool or dispassionate manner; far from it, he brings the forte passages to vivid life. But in between those passages he emphasizes lyricism and elegance. He clearly wants to impress the work’s structure on you. And, to a certain extent, he succeeds.

In some respects, this is a very fine performance for nowadays. Ahonen really does let himself go in the louder passages, and in some moments—particularly the hymn tune that arises at about 5:35 in the second movement—he brings out an almost wistful, nostalgic quality that surely is not out of place in this music, followed almost immediately by the clangorous and eventually atonal march tune. Moreover, Ahonen has an excellent sense of rhythm, which allows him to play the ragtime passage in that same second movement (around the 7:30 mark) with considerable élan and “swing,” and for that I applaud him. I’m sure that this recording will please a great many Ives fanciers who are put off by the wild and woolly 1960s recording by John Kirkpatrick (which I reviewed here), which almost sounds like a frontal assault on the keyboard, with little concession to such niceties as phrasing or elegance. But then again, that is exactly how Ives himself played this music if we are to believe the few surviving recordings of him performing excerpts from it, and this includes the “Alcotts” movement which he performed complete. Ives and Kirkpatrick sound craggy, even a bit rough, whereas Ahonen is clearly leaning on the nostalgia of the piece. I was also quite pleased to hear that the pianist used both the optional viola in the first movement and flute in the last, which creates an eerie feeling, particularly in the way these instruments are miked, which is in a very distant perspective. This almost gives them the feeling of “ghost instruments.”

As for the fourth Violin Sonata that opens the record, it is played in a lively fashion that again brings out its rhythmic liveliness without emphasizing the work’s edginess. My gold standard in the Ives violin sonatas is the old recording by violinist Gregory Fulkerson and pianist Robert Shannon on Bridge 9024, but in the context of this simpler sonata, written by Ives for his 12-year-old nephew, this is a good performance.

The collector, then, will undoubtedly want to consider this new recording as it is one of the very rare versions to include both the viola and flute passages, but others may prefer, as I do, Donna Coleman’s outstanding recording on Etcetera 1079, a somewhat livelier version that at least includes the flute in the last movement. And every Ives fancier will undoubtedly want to explore one of Kirkpatrick’s recordings, either the original 1945 performance or the stereo remake from the 1960s.