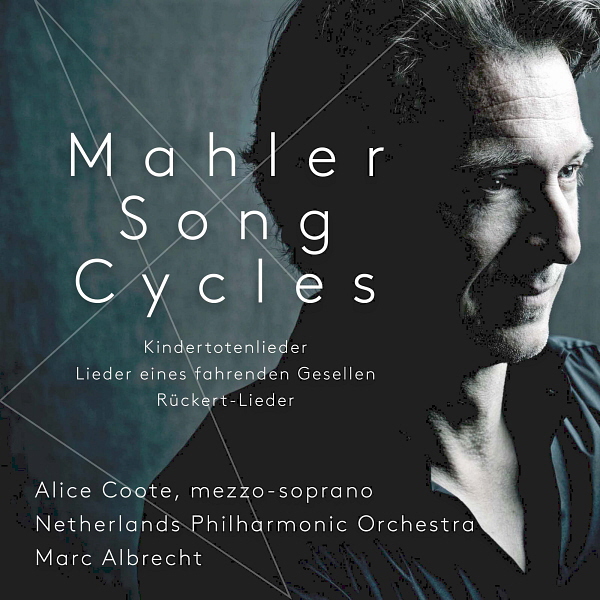 One of the anomalies of record companies and their marketing strategy is to sometimes push orchestral song cycles by the name of the conductor rather than the singer, thus this new Pentatone release features a photo of Marc Albrecht on the cover rather than the mezzo who is actually doing the singing.

This is particularly annoying since Alice Coote is one of the premier vocal artists of our day. Taking nothing away from Albrecht, whose contribution I will describe in a moment, the bottom line is that 70% of those buying this album will do so to hear what Coote does with the words and music, which is only fitting. SHE is the star of the show. The only three conductors I can think of who got this kind of treatment in the old days were Toscanini, Furtwängler and Fritz Reiner. Even Stokowski courteously gave way to singers having their pic on the covers of albums he conducted on unless it was a symphony in which they just sang in one movement.

And trust me, Coote is absolutely fabulous here. Indeed, I would go so far as to say that her sensitivity in interpretation here even outstrips that of Dame Janet Baker, and trust me, I worshiped the ground that Janet Baker walked on. Saw her once in concert at Carnegie Hall and stood on line for a half hour afterwards just to say to her, “If there were more singers like you back in the Golden Age, it would have been more golden.” So believe me, no one is more of a Baker fan than I am. 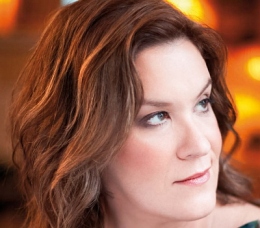 But just listen to what Coote does here. She uses her voice in a specifically dramatic way, coloring her voice to match the feelings and emotion in the words. Almost no one sings like this nowadays with the exception of Stephanie Houtzeel. “Word painting,” as it used to be called, was a standard feature of lieder singing in the Era of Fischer-Dieskau, although some critics felt that the great German baritone overdid it, but nowadays so many singers are trained to give generic interpretations—particularly in opera—because sick-in-the-head directors always want them to be “malleable” for their perverted stage productions. Coote obviously doesn’t play that game. She’s going to sing the words and music the way she wants to, and that’s that.

And yes, it’s true, Albrecht’s conducting is far more than just pretty good. I can’t recall ever hearing another conductor do as much with the music as he does here. It’s more than just coloration, more than just transparency of texture. Albrecht makes his orchestra “talk” in a way that’s difficult to describe. A touch of rubato here, a brighter color there, then a touch of joy or melancholy, and suddenly the orchestra is doing more than just accompanying. It is a full participant in the ongoing discourse. The end result, when combined with Coote’s singing, is absolutely magical, like handing a great poem to a reciter with years of experience in making words come to life.

This dual genius is particularly noticeable in the two song cycles that normally don’t come out so well, the Rückert-Lieder and especially Kindertotenlieder. The general approach to the latter cycle is to sing, and conduct it, in as dreary and maudlin a fashion as possible. The only other recording of it I’ve ever heard as good as this is the ancient 1927 version with baritone Heinrich Rehkemper and conductor Jascha Horenstein, and of course this one has it all over the earlier recording in terms of sound quality. It’s also, for me anyway, more appropriately sung by a mezzo than a baritone. Coote’s voice is amazingly flexible in every respect: not just in turning grace notes or arpeggios but also in being able to move the voice up and down the scale, lightening and darkening her tone to suit the mood of the text, and her diction is truly superb. In the words of the old Italian masters, she puts “the words on the lips and lets the breath run them out.” Her tone is like a fine port wine, and even the quick vibrato is used expressively, never spreading under pressure. Her floated high notes resemble Baker’s somewhat, except that Baker always had a “drop of acid” in her timbre while Coote does not. 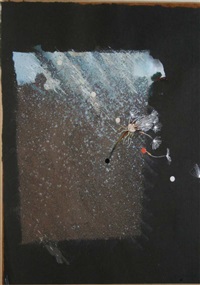 To listen to Coote sing “Ich bin der Welt abhanden gekommen” from the Rückert-Lieder is like watching a master painter suddenly turn a blank canvas into a field of delicate pastels that dazzle the eye with their shimmering light and shade. Small wonder that Coote’s father, Mark, was a painter and a very fine one. In the Kindertotenlieder, the elegiac quality of the music is leavened somewhat by Albrecht’s use of the orchestra as if it were a chamber group, which allows the listener to add his or her own ideas of the music to it. I also find this approach preferable for another reason, and that is to allow the singer an opportunity to provide nuance without “overdoing” it, as so many do. Coote’s manner of singing here is so good that I think it will provide a gold standard for years to come.

I simply can’t say enough good things about this album. It is, quite simply, a masterpiece.