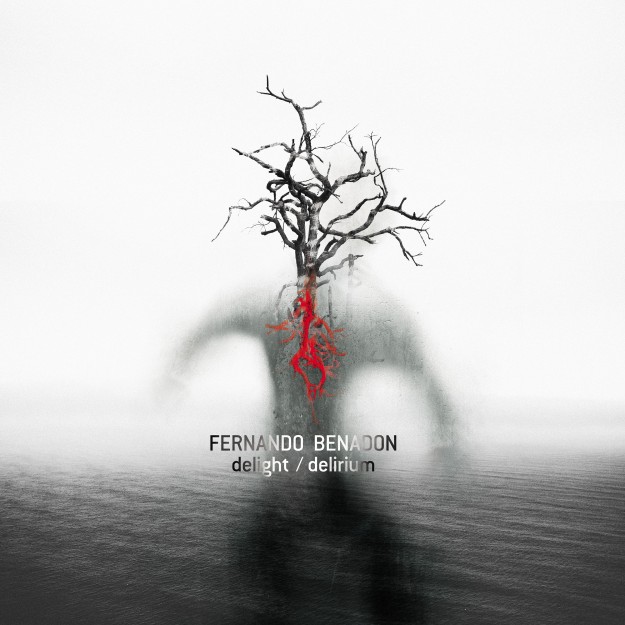 Fernando Benadon is a composer, saxophonist and improvisor who oversees the music theory & composition program in the Department of Performing Arts at American University in Washington. He enjoys mixing the two types of music, so of course a CD like this is right up my alley (see my book, From Baroque to Bop and Beyond). Listening to it, I found that Benadon doesn’t always use improvisation or jazz rhythms in his music, but rather explores a number of different styles for different types of pieces.

The opener, Cotxes, for instance, is an impressionistic piece that sort of meanders along for a bit over nine minutes, letting the music more or less explore its own sound and note-choices. Noah Getz is a classically-trained saxist whose tone is pure and clinical, thus Benadon has constructed a sort of neo-classical musical maze around his instrument with three percussion instruments. The music is more coloristic than constructed, although Benadon does indeed develop his theme, slowly but surely, as the piece proceeds.

By contrast, Delight/Delirium mixes a piano with two wind players in a swirling melange of sound. Once again, however, there is his unusual use of space, occasionally pausing or even stopping the music for a second or two before resuming its pace. Eventually the piano takes over the rhythmic pulse, but the winds pull it around, changing both pace and meter, increasing and decreasing apparently at whim, until suddenly the music jumps into a Latin rhythm with an irregular meter. The clarinet then assumes the lead position while the flute swirls around it, the piano interjecting single note sprinkles in the right hand before they make another attempt (not altogether successful!) to come together again. Eventually the piano plays some rumbling notes before the winds push forward to a double-time finale.

Cosmicomics is the one piece on this disc that uses a full-sized orchestra, the Illinois Modern Ensemble, but even here Benadon leaves a lot of space in his scoring so that it takes a while for the listener to realize that he or she is listening to such a large group. I also noticed that, even here, Benadon generally favors high sonorities; lower instruments such as rumbling basses are heard, but they act more as a grounding for the high-lying string and wind figures. This is even true when, at the 2:45 mark, he adds some low winds and brass to the basses to underscore a solo trumpet playing long lines above them. When the full orchestra is heard, which is infrequently, the bright sonorities again dominate the texture. In an odd sort of way, it struck me that Benadon might possibly have been trying to simulate the sounds one can create with a synthesizer using natural instruments. I may be wrong, but that at least was my impression. After a dead stop at 5:43 (Benadon uses complete stops as other composers use loud climaxes), the music proceeds with the full band, eventually leading into an exquisite, and tonal, violin solo. This then fades away, as does the ensemble, so that soft percussion sounds (possibly a piano, playing very softly) can be heard, leading into harp and viola solos before the whole ensemble returns, this time with a crushed chord as if to offset the lyricism of the top line. This clash of sounds continues as the piece moves towards its conclusion.

Búgi Wúgi is a piano solo and quite obviously a tongue-in-cheek title, although the rhythm is not a strict eight-to-the-bar but rather an asymmetrical, quasi-clumsy-sounding figure over which the pianist develops and improvises various right-hand figures. At times the clashing rhythms become so complex that one wonders how pianist Ivan Ilic is able to keep his place; this is not easy music to play or listen to! The sales sheet accompanying this release suggests that the music incorporates the looseness of Earl Hines, and I can hear a tiny bit of that, but even a piano master like Hines might have gotten lost in this rhythmic maze. (The sales sheet also states that trumpeter Bubber Miley was an “early jazz piano master,” evidently a typo.)

In the concluding piece, Rhythmensional, Benadon started out by recording Cuban jazz drummer Dafnis Prieto in an extended solo, then wrote a through-composed piece to be played above Prieto’s improvisations. This almost sounds as if it was fun for Benadon to write; at least, there is is a great deal of playfulness in the composition, here using irregular rhythms and bitonal harmonies in a way that catches the ear and makes you smile. Interestingly, Prieto sounds as if he is playing electronic drums, so “tight” and unresonant is the sound. Despite the fact that only the drum solo is truly improvised, several of the figures played by the small band sound improvised as well, eventually reaching a fevered pitch that resembles a fairly heady jam session. The one difference is that the music doesn’t really swing; but, as I pointed out in my book, this is often a handicap among classically-trained musicians when they try to play jazz. They may be virtuosi; they may know exactly what they want to do; but executing the music with the rhythmic looseness of jazz doesn’t always come easy. A perfect example here is the collective ensemble played around the 4:30 mark. Prieto is swinging, and thus is able to help the music along a bit, but the other instruments—though clearly virtuosic—can’t quite get in the groove. But of course, this isn’t really a jazz piece, so it can be enjoyed on its own merits, which are considerable. At the 6:15 mark, Prieto is swinging so hard that the others almost come close to his feeling for rhythm. Near the end, a sort of machine-like rhythm becomes dominant, driving all concerned towards a riotous conclusion. All in all, a fascinating experiment.

This isn’t the kind of music that will automatically appeal to all classical lovers, and perhaps this is even more true for jazz lovers, but if you are willing to expand your mind a bit in either direction and give the music a fair hearing, I think they will be excited and delighted by what is on this recording. I know I was!