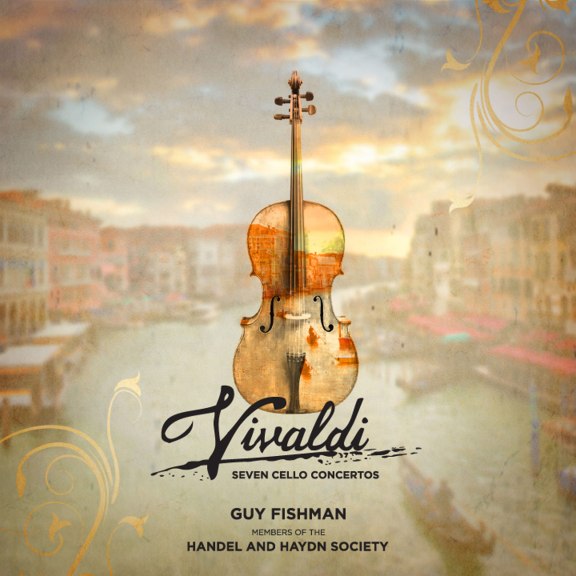 My regular readers know how little I respect most musicians who pursue the “Historically-Informed Performance” style of flat dynamics, straight tone strings and all that jaz, because I researched the Baroque and pre-Baroque era for a decade back in the late 1970s-early 1980s and learned that much of what they propose either never existed in that time or is an exaggeration of what was actually done. That being said, I have made exceptions for a handful of groups and individual performers who play in that style, among them Tafelmusik, the Boston Baroque, and any group conducted by Fabio Biondi, Marc Minkowski or the late Alan Curtis.

To that short list I must now add the Handel and Haydn Society, which plays with energy and enthusiasm. The cello soloist, Guy Fishman, is sort of a special case. He does play with straight tone, and in the slow movements I sometimes find his sound too wan for my taste; but he also plays with considerable flair and fire, turning these concerti into real showcases for his instrument. He almost makes you like the style because he is such an enthusiastic and committed musician within that narrow and ahistorical framework, thus you can appreciate his many virtues while admitting to his few weaknesses. At least he produces a full tone in slow sections most of the time, which compensates for his lack of vibrato.

More importantly, both Fishman and the ensemble approach these works with the enthusiasm of people who have discovered fire for the first time. I love the way they can turn their grupetti on a dime, making the music flow despite their strict adherence to the style. By doing so, the entire group makes you focus on what is going on in the scores and not notice the technique that leads to their musical conclusions.

As for the music, it is typical of Vivaldi in his prime, meaning short movements where single motifs are worked out satisfactorily but do not lend themselves to profundity. Igor Stravinsky once said that “Vivaldi did not write 400 concertos, he wrote the same concerto 400 times,” but this is clearly facetious Even within the seven concertos on this CD, there is great variety not only in key but also in thematic use and mood. Of the slow movements, I particularly liked the “Adagio” of the concerto in C minor for its expressive content, and the last movement in this concerto is quite inventive for Vivaldi, with several “leaning” harmonies that temporarily push the music out of its tonal center. But every movement on this astonishing album comes to vibrant life in the hands of these talented musicians—listen, for instance, to the opening of the Concerto in F, which they make sound like a big guitar enthusiastically strumming out the rhythm.

This disc is, quite simply, a gem, and I recommend it highly.