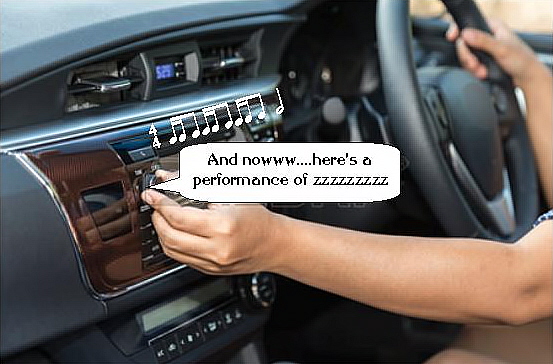 I’ll be good and not give the call letters of my local classical music station, not because I fear retaliation but because it doesn’t matter. They’re ALL the same, and that is exactly why I’m writing this rant. Classical music radio has been killing off interest in classical music for the past 40 years, and there doesn’t seem any sign that it will stop any time soon.

What am I talking about? Any first-class musician—meaning a musician who really understands and loves the music, and doesn’t just play it to make you feel soft and comfy in your life—known what I mean. The sole purpose of this reprehensible carrier of psychological Sominex is to STOP you from thinking about the music you listen to, to just enjoy the “feelings” and thus in turn de-stress you. In short, they are using classical music as one of the many weapons now used by the American education system to unplug thinking from the brains of our youth.

Add this to the reprehensible use of classical music by large pubic libraries (again, including mine) as a weapon to discourage people from loitering outside. How nice is that? “Get the hell out of here, you rabble. We know you’re too stupid to appreciate classical music, so we’ll blast it through these cheap speakers until we know you’re all gone.”

Compare this to the famous creed espoused by the late Jon Vickers, often described as the thinking person’s tenor: “Art is not easy. Art is not comfortable. Art asks questions—important, difficult questions—but it does not provide answers.” And another of his famous quotes: “I don’t think of opera as a form of entertainment. If I want to be entertained, I’ll go to a dinner theater and watch Brigadoon.”

But does the management and do the owners of classical radio stations view their mission as one to mind-numb that segment of the population who listens? That’s difficult to say. If you talk to them, or to the mellow, soft-voiced announcers who work for those stations, you’ll find that deep down they are incredibly cynical. One went so far as to tell me that classical music means one thing when people actually go to concerts, “Cold drinks and hot prospects.” That’s all he views it as: a high-class seduction tool. In short, classical music is a way for a guy to pretend he’s cultured in order to seduce a higher class of woman. So much for the liberals’ real view of male-female relations.

Frankly, I can’t see it as anything but brainwashing. Never in my life have I heard performances of even such exciting works as Tchaikovsky’s 1812 Overture that sound like a soporific (in case you’re interested, the Mariss Jansons recording). Even the cannons and bells sound limp and flaccid. The performances they play are classical music on Ritalin. The performers all sound as if they had a lobotomy before playing or conducting the music.

Moreover, having had some first-hand experience inside a classical music station, I know that this is their goal. They go out of their way to audition literally hundreds of recordings to find the ones that are the softest, warmest, most soothing of every piece they play. And of course everyone knows (I hope!) that they have strict musical rules about what is played: no modern music if it goes beyond diminished chords, nothing that has strong or varied rhythms, absolutely nothing by Schoenberg except perhaps a really relaxed version of Verklärte Nacht.

Of course, the audience for this pap eats it all up as if it were a five-course dinner at a four-star restaurant. But beyond old fogies who don’t want their feathers ruffled too much, who is this audience? The demographics show a large number of young urban professionals and a few Hipsters, who I prefer to call Nocturnivores (after that McDonald’s ad where a young male snot says he will not go to bed early and will wear shorts in the wintertime because he is a Nocturnivore). It’s certainly not a large audience, but for the most part it’s an affluent one. And this is why and how they manage to continue their desecration of classical music and, with it, the further dumbing down of people’s minds. “Mellow With Mozart” may sound alluring and nice, but I’m not so sure Mozart would prefer his music played that way. Nor do I particularly agree with “Brunch With Beethoven” or “Zone Out With Zemlinsky.”

Many classical composers, old and new, write their music because they have something important and interesting to say. Even when they miss the mark, as for instance Kaija Saariaho did with her opera L’Amour de Loin, they are usually at least trying to say something bold and intriguing. Very few composers actually set out to write music that will seduce listeners into a semi-trance state. Remember that Henryk Górecki was absolutely flabbergasted when he learned that his Symphony No. 3 was being used to relax American commuters during rush hour drive time. His symphony was written as a sincere expression of grief for all those who had lost their lives in World War II. He never allowed another work of his to be recorded by an American label ever again.

An analogy to this purposeful misuse of classical music is the purging of any books considered “controversial” from school libraries. How many of you remember the 1980s TV show, Family Ties, in which the dad in the family bristled against schools banning The Adventures of Huckleberry Finn because of its supposedly racist language? And then sitting down and reading the book aloud to his family? Well, guess what? The fictional Keaton family lost that battle, because the schools have banned Huck Finn from their libraries…or, which is worse, there are now bowdlerized editions of Huck Finn out there in which all the “offensive” words and phrases have been removed.

Such is the case with classical music stations playing watered-down classics. Having already lost the battle for offering intelligent, challenging music through the airwaves, they have embraced happiness and light as their audio pabulum for Americans. I weep for those composers who struggle to be heard and thus have no venue for it other than YouTube. They have no path to being exposed to the ears of most Americans. Unlike talk radio, which proliferates like lemmings, classical music radio has no viable competition. Since they all play the same pap, your only choice is to listen or turn it off.

So…turn it off. To quote the late Frank Zappa, “Go to a library and educate yourself.”