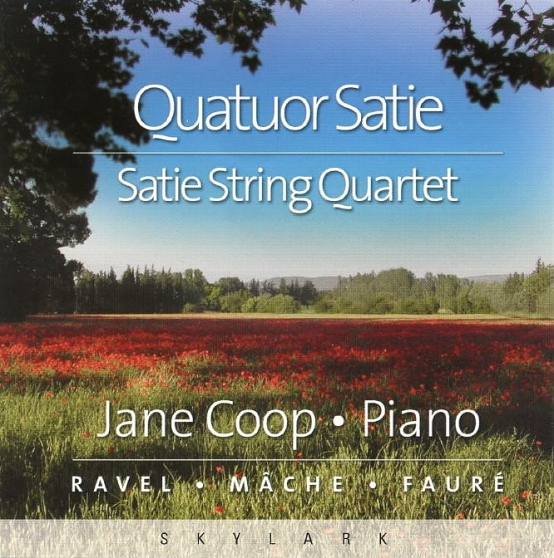 There are two ways to look at—and perform—French music: coolly and objectively, with no personal emotion or perspective given to the score, or with great personal involvement and intensity, as you would perform Italian or Russian music. Now, why are there these two different ways? The answer lies in two directions. One, the profusion of phonograph recordings throughout the 20th century changed the way people listened to music, even French classical lovers; and two, the arrival on the scene of French, Belgian, and French-Swiss performers who had enough of the cool, objective school of performing and wanted performances with more blood in them.

This attitude even extended to composers. Debussy, for instance, was adamant that the singers and orchestras that performed his opera Pelléas et Mélisande no inject any personal emotion into their roles: he saw the opera, and the characters, as symbols rather than real human beings with real emotions, and in fact commended his original Golaud, Hector Dufranne, for sticking to his guns even while other singers around him were starting to interpret their roles. If you listen to the 1926 Opéra-Comique de Paris recording of Carmen, or Ernest Ansermet’s 1941 revival of Chabrier’s L’Etoile, or even Nadia Boulanger’s 1961 performance of the Fauré Requiem, you will hear this aesthetic held to very strictly. Everyone sings and plays well, but there is no emotional fire to the performances. Don José kills Carmen with cool impassion. Lazuli sings his couplets in the Chabrier opera as if reading a shopping list. No one really seems to be grieving in the Fauré Requiem.

I bring all this up because of the revolution that came about in the 1950s, starting with baritone Gérard Souzay and eventually spilling over to all sorts of artists in other disciplines. Even Ansermet came to realize, during the 1940s, that emotion in performance was more interesting. They almost had to change because otherwise there was no purpose in going to see a performance or buy a recording of anything French since they all sounded alike.

The Satie Quartet seems to me to be a throwback to the old days of French interpretation. Their performances of the Ravel and Fauré works are not cold in the strict sense of the word, but they definitely take the viewpoint that French music is meant to be implied but not deeply felt. Their phrasing is exquisite, their fidelity to the printed score exact, and in the end you feel as if you have had a pleasant experience but not a soul-stirring one.

But listen to the way they play the more modern (1987) quartet of François-Bernard Mâche! Here they give their all, imparting almost brutal emotion in this odd work. In the liner notes, the composer indicates that “this work integrates some idiosyncratic material derived from oriental bowing techniques (those of the Greek lyre of the Pontic area and the Iranian kemenche) as well as patterns borrowed from the syntax of specific songbird species.” Mâche has also introduced some startling percussion effects, apparently caused by striking the bows on the sides of their instruments and other strange devices. The resultant work has the feel of a novelty number to it, as if the composer were trying to create effects for their own sake, but it is well constructed and interesting, and the Satie Quartet plays it with extreme vigor. I was especially impressed by the loud, chromatically rising string tremolos in the middle of the work.

Indeed, the Mâche work is so intense that listening to the Fauré after it is almost like taking a sedative after a nervous breakdown. The lush 19th-century harmonies almost strike one as a soporific, except that for whatever reason the Satie Quartet sounds much warmer here than they did in the Ravel…possibly a change of recording venue? The liner notes say nothing about this. Indeed, if anything the warmer sonics impart an almost loving quality to the music with the exception of Coop’s piano, which not only maintains its coolness but, if anything, sounds more detached emotionally than the string players. Coop is praised in the liner notes as “one of Canada’s most prominent and distinguished artists,” but I honestly don’t hear anything in her playing that I would call distinguished in the sense that she distinguishes herself from any number of proficient keyboard players. This isn’t to say that she is a poor pianist—she creates a wonderful bubbling energy in the last movement—just not particularly individual.

Thus we have a mixed bag. The Ravel Quartet is coolly played and recorded, the Mâche is intense and energetic, and the Fauré is warm and ingratiating for the string players but not terribly interesting in the keyboard part. If you are a lover of modern music, however, I would say to get it for the middle work, which is strikingly original and brilliantly performed.