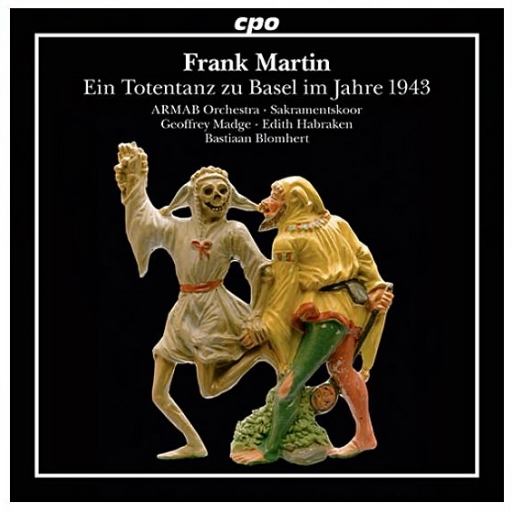 Frank Martin, the wonderful but still not-well-known Swiss composer with the American-sounding name, was without question one of the most independent and individual of writers and this disc proves it. The work was inspired by a series of 37 pictures painted on the cemetery walls of a monastery in the 15th century. The paintings were meant to commemorate the plague that swept through Europe in 1439, made famous by the copperplates of Matthäus Merian from 1616 (published by his nephew in 1621). There are three very interesting points about this work and its meaning, however. Looking at the year—1943, one of the darkest in World War II—one might automatically assume that Martin composed this to commemorate the mass chaos and bloodshed occurring around him, but in fact it is a stage work in which death is presented as an empathetic and understanding spirit. It’s an entirely different way of looking at death, and chaos, than Messiaen’s Quartet for the End of Time or other similar works, and as a result the music walks a fine line between tragedy and a soothing, calming effect. 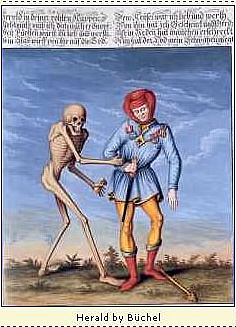 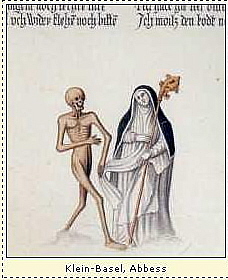 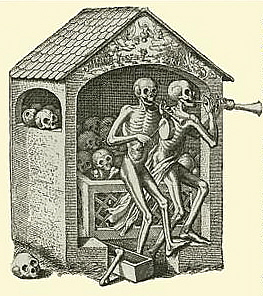 Perhaps the one feature of the work that translates least well from the stage to a sound recording are the snare drum passages. There are two “marches of drums” at the beginning of the work and a drum march towards the end. Musically, there is nothing particularly striking about these passages though I suspect they are dramatically effective.

But the rest of the music is utterly fascinating. After the two opening drum pieces we hear a chorale, “Der Grimmig Todt,” sung with the small string orchestra which is only used henceforth when the choir returns. The next two pieces, “Death and the Old Man” and “Death and the Mother with her Child,” are very clever variants on that same chorale tune. Martin does introduce some moments of sadness as well as choral passages meant to calm the soul, but for the most part the score is wryly light and a bit upbeat. There are unusual passages of slurred saxes with muted and even wah-wah trumpet, something no strictly classical composer of that time would have done, but certainly something Duke Ellington or Eddie Sauter would have done. The “Foxtrot” and, to a certain extent, “Other Dance” are almost charming pieces with a distinctly jazz feel. “Death Alone” is a plaintive trombone solo with piano while the next piece, “Death and the Young Girl,” combines elements of the preceding with snatches of “Der Grimmig Todt.” Certain passages in other pieces reminded me of the Dada-based music that the Mystic Knights of Oingo Boingo played in the late 1970s. Martin uses the chorus in a conventionally-scored manner, producing normal choral sounds, but his chamber orchestra(s) produce a variety of textures: wind band, chamber symphony and jazz combo, all of them expertly reproduced here by the two orchestras. Conductor Blomhert takes an almost objective view to the score, standing back from a specific emotional response but not ignoring Martin’s implied feelings of calm or cheerfulness as they appear in turn.

In the end, however, I found myself somewhat ambivalent towards the work as a whole despite its high level of craft and ingenuity of construction. This was not because I was unmoved or bored by the score, but because I found it, without the visual element of the stage work, a bit episodic; but this might simply be my own personal reaction. Yours may differ. Certainly, one cannot fault the integrity or the quality of the performance, and to the best of my knowledge this is its first recording. It is undoubtedly worth exploring, particularly if you are a fan of this distinctive and unusual composer.

From Baroque to Bop and Beyond: An extended and detailed guide to the intersection of jazz and classical music