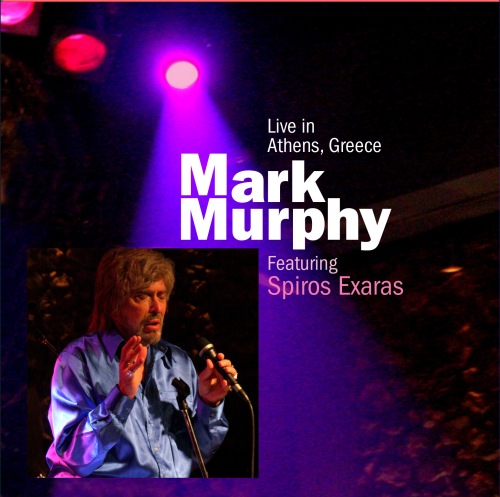 In the wake of pop icon Prince’s death many claims have been made for him, some reasonable and some not, but the most preposterous was that he was a jazz artist.

Prince? Jazz? To paraphrase Leslie Nielsen in Airplane!, “Shirley you jest.” Prince didn’t have a jazz bone in his body. He couldn’t have improvised a solo if you put a gun to his head. He was a famous and influential pop music figure, but that was it.

Now, Mark Murphy—now you’re talking. Murphy (1932-2015) was the male jazz singer ne plus ultra, nominated for jazz Grammies six times and winner of down beat’s award for best male jazz vocalist four times late in his career, 1996, 1997, 2000 and 2001. Yet he is barely known outside the jazz community, where he is worshipped as a god of the music. When he came to Cincinnati back in the ‘90s, he didn’t concertize in a large venue or charge exorbitant ticket prices. He sang at one of the coffeehouses in Over-the-Rhine, a small neighborhood venue.

So why isn’t he better known, a name up there with Louis Armstrong, Nat Cole, Mel Tormé or Jon Hendricks? Beats me. The best I can come up with was that Murphy never tried, or succeeded, in crossover appeal, and he never seemed to have a high-powered agent. After being discovered by Milt Gabler in 1956 and recording two albums for Decca, then moving to Los Angeles where he recorded two more for Capitol (none of which caught on with the public), Murphy signed with Riverside, a much smaller label that only recorded and released jazz. His first album for them, Rah!, was a major success and earned him the “New Star of the Year” award in down beat (please note: even they never noticed his previous four albums!). But promoters weren’t exactly beating his door down trying to book him, so in 1963 he moved to England where he worked as an actor for nine years, singing jazz on the side. The money he made from acting helped pay for much of his later career.

This CD is being touted by Harbinger Records as Murphy’s “last album.” It may well be his last live set, but it was certainly not his last album. After this 2008 concert in Athens, he recorded an independently produced CD, Never Let Me Go, with pianist Mischa Piatagorsky, and a limited edition EP/MP3 titled A Beautiful Friendship: Remembering Shirley Horn was released in 2013.

Yet surely this live concert will be a must-have item for Murphy fans. Backed by a sizzling quartet, none of whom are coasting, Murphy gives an absolutely astonishing performance with what is left of his voice. At age 76, the incipient unsteadiness one already heard in the 1959 Capitol LP is a full-fledged wobble, and he occasionally goes hoarse, but never, ever sags in pitch. Moreover, the musical risks he takes are simply astonishing. Listen to the opener, My Funny Valentine, and prepare to be amazed. Murphy finds more in this song than I’ve ever heard any jazz artist in my life, and this includes a number of great Chet Baker performances. He flies up into the stratosphere, dips into a deep baritone that he didn’t possess back in the 1970s, and generally twists Richard Rodgers’ tune into a jazz pretzel. And this is just the opener! If you think this was surprising, wait until you hear what he does to All Blues, On Green Dolphin Street, Summertime (possibly the most complex performance of this tune I’ve ever encountered), and the others. What Murphy can do with Autumn Leaves simply boggles the mind; not even Mel Tormé got this much out of the song, and Mel is one of my idols. Perhaps one of the most astonishing tracks is his rendition of the old chestnut Bye Bye Blackbird, in which one can hear, believe it or not, the influence of Art Tatum (whom Murphy always cited as one of his idols), and this scintillating invention continues into his original tune Miles as well as his own renditions (and lyrics) of Milestones and Freddie Hubbard’s On the Red Clay.

And if you think Murphy is in great form, listen to his back-up musicians. I have long complained over the years about too many jazz guitarists sounding as if they were trying to compete with Andres Segovia for underplaying their instrument, but Spiros Exaras is a gutsy player who does not pander by resorting to rock licks. Pianist Thomas Rueckert is equally brilliant, sometimes leading Murphy into interesting harmonic changes and sometimes following him. Bassist George Georgiadis underpins the whole mélange beautifully, and drummer Alex Drakos kicks things along. From start to finish, this is a brilliant set that will keep you coming back to re-listen again and again.

So please, folks, cut the nonsense on Prince being a “jazz artist” and leave the adult version of popular music to the adults like Mark Murphy. You’ll be much happier if you just admit that there’s a difference and that Murphy was quite possibly the best male jazz vocalist ever.